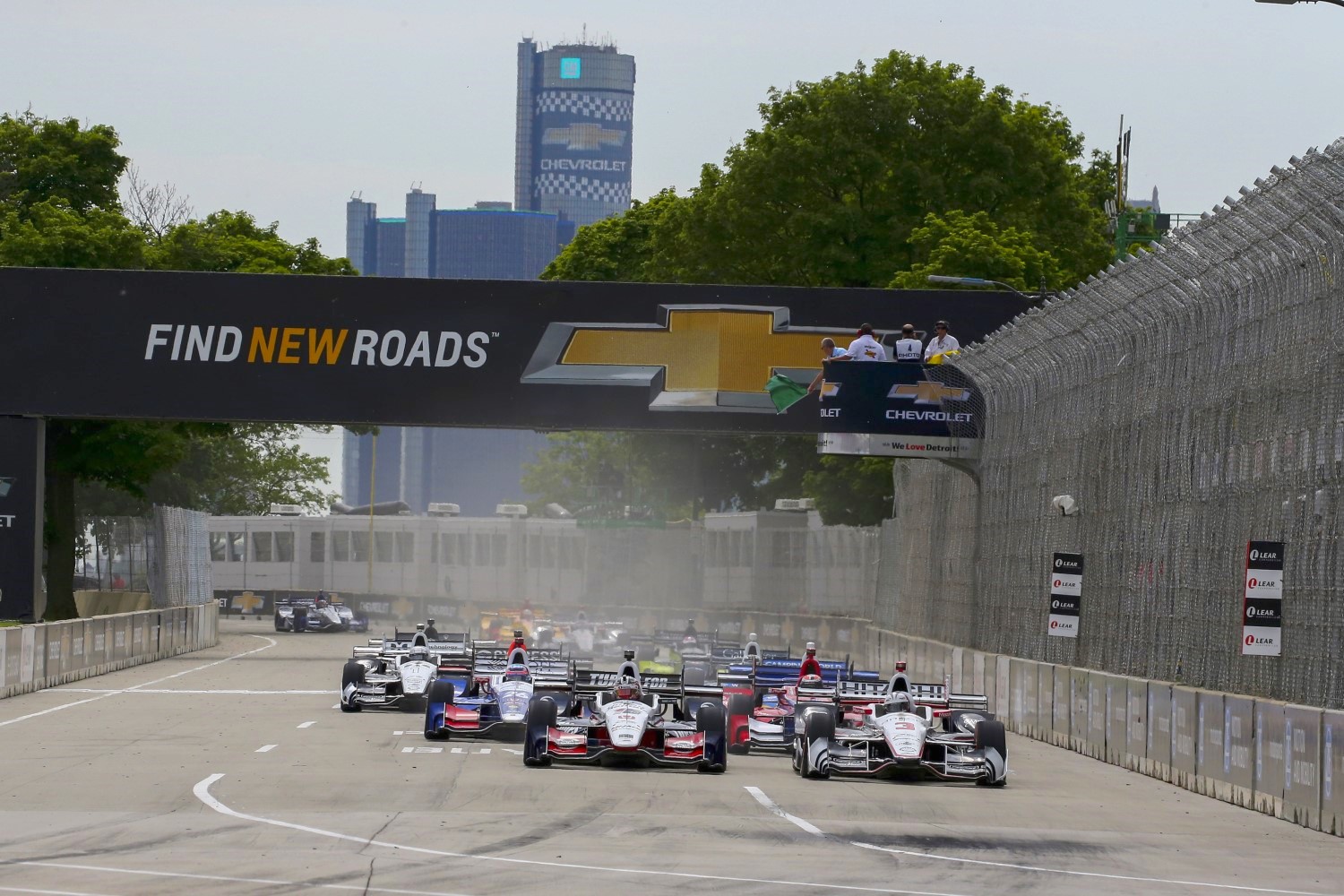 The tide has definitely turned in IndyCar as Honda put it to Chevy in the Chevy sponsored Detroit GP Race 1 on Saturday. And it was right in Chevy's backyard with Chevy brass in attendance.

With the win, Rahal scored his first IndyCar victory since Texas, in August of last season, and joined his father, team co-owner Bobby Rahal, as a Detroit winner. The senior Rahal won here in 1992.

Dixon, less than a week removed from his massive crash during the Indianapolis 500, overcame pain from a left ankle injury sustained in the accident to finish second. Dixon started sixth and, like Rahal, matched a two-stop strategy and superior pace to take over the drivers' championship points lead heading into Sunday's second race of the weekend.

Despite an opening-lap spin, James Hinchcliffe also had the pace to make a three-stop strategy work well, recovering from that early drama to finish third for Schmidt Peterson Motorsports and completing the podium sweep for Honda.