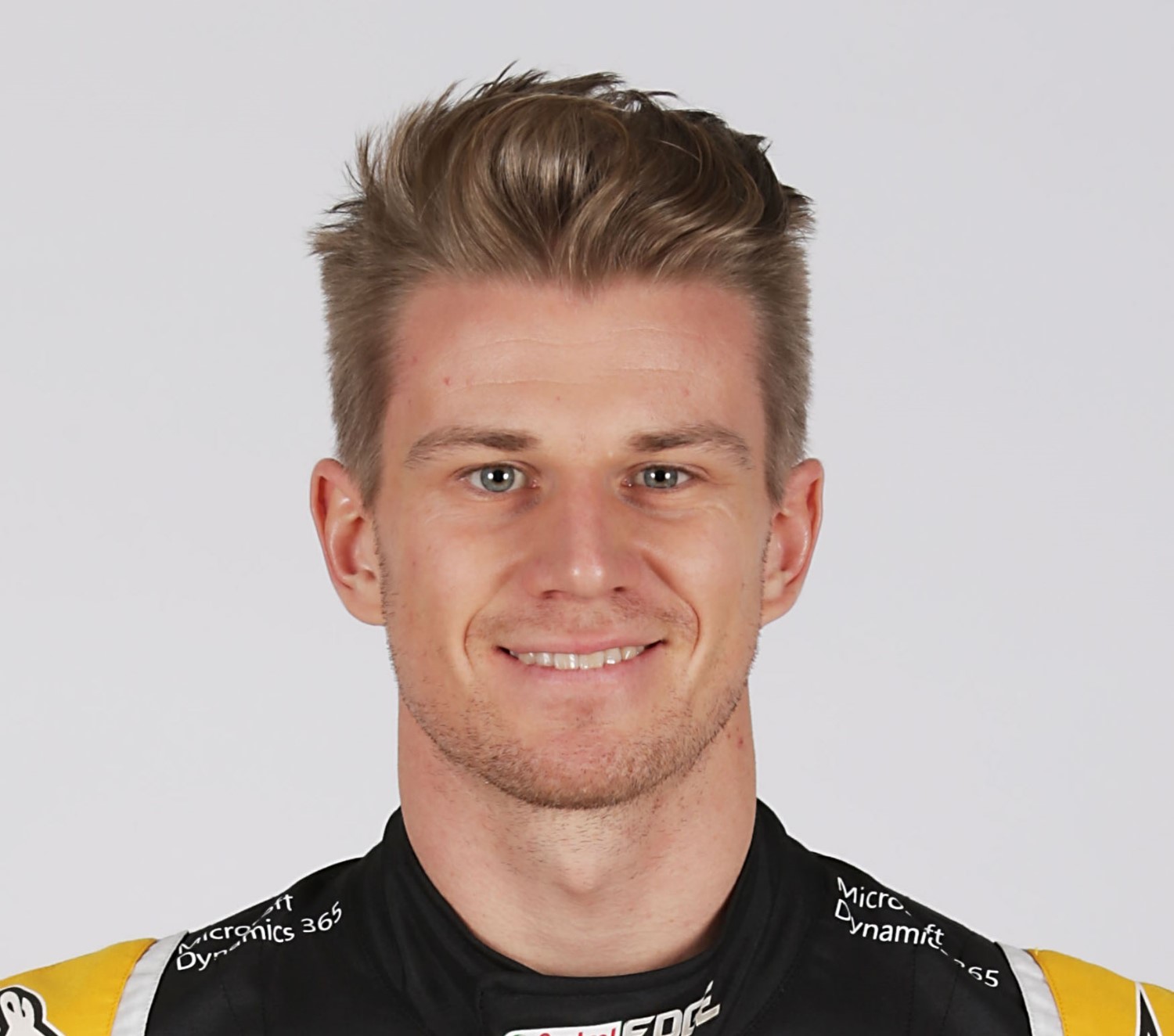 That is the view of Cyril Abiteboul, the Renault team boss who this week warned that Jolyon Palmer's struggle alongside Nico Hulkenberg this year is currently under review.

"The contrast between the drivers is striking," he told the French language news agency AFP.

"It highlights the important role played by the driver in a sport where technology is central," Abiteboul added.

"It is not just about the engine and the car — much is determined by the driver. So first of all there is this competition between drivers and Nico reminds us of that."

"Nico has an unusual role in the team," said the Frenchman. "He gives us the direction for development, and the priorities for changes to the car.

"We know what to do," Abiteboul explained, "but he helps us to highlight the key points and show what is more and less important."

No news after Wehrlein hospital scans
(GMM) There is no news about the physical condition of Pascal Wehrlein.

After his bizarre half-roll into the Monaco barriers at Monaco following a clash with Jenson Button, the young German admitted he would need scans to get his neck and back checked.

Wehrlein had to miss races early this year after fracturing vertebrae in his spectacular 'race of champions' rollover crash.

As for the outcome of the new hospital scans, however, a Sauber spokesperson told DPA news agency: "There is currently nothing new (to say)."

(GMM) Fernando Alonso has admitted his surprise at how lucrative taking part in the Indy 500 is.

The Spaniard qualified fifth, was crowned rookie of the year and retired with a blown Honda engine as he skipped Monaco to take part in the fabled US oval race.

"I'm going to have to tell the guys in formula one," the McLaren-Honda driver is quoted by the German broadcaster RTL.

"It's a really good thing you have here, and I think a lot of F1 drivers will be coming soon."

The Spaniard skipped Monaco to do the Indy 500, but will return to his regular formula one duties next weekend in Canada.

"I'm happy, the only thing missing is to be competitive," Alonso told EFE news agency.

"With Honda and the engine we have we cannot get all the potential possible, and this is sometimes frustrating," he said. "Because you try to give everything you have in a weekend and then something breaks, it's a little tiring."

Retaining Alonso beyond his 2017 contract has been identified as a priority by McLaren-Honda, but the team cannot afford more lackluster seasons for other reasons as well.

Team executive Zak Brown is quoted by Marca sports newspaper as saying "We have to solve our problems".

"2018 is not far away so we're going to have to evaluate how we get back to the top positions.

"But we can take a big step and we need to find a way to be in that position. We still have a little time before the summer break," Brown added.

(GMM) An Indycar driver has hit back at Lewis Hamilton following recent comments made by the triple world champion.

As Fernando Alonso was tackling the Indy 500, Hamilton scoffed at how the Spaniard was able to be so competitive straight out of the box in qualifying.

"To see him fifth against drivers who are there all year is … interesting," said the Briton.

Tony Kanaan, an Indycar champion and Indy 500 winner, hit back: "What can I say?

"The guy (Hamilton) competed in a two-car world championship last year and was second, so I don't think he can say much," the Brazilian is quoted by Globo.

Kanaan continued: "It was a pleasure to have Fernando here. He is humble, not like some of his colleagues who were making comments this month."

For his part, Alonso acknowledged that F1 has its competitiveness problems.

"I think F1 is very healthy right now," he told EFE news agency, "but there is still a lot of difference between teams, and little room for improvisation and surprises.

"More or less you know who will win the races," Alonso added.

According to the Danish broadcaster TV2, the Haas racer has been told he will need to give up his car on six of the seven occasions on which Ferrari reserve Antonio Giovinazzi drives in Friday morning practice sessions this year.

"It is unfortunate for Kevin," the broadcaster's motor racing expert Jens Winther said.

"If there is something positive in it, it may be that the team believes Kevin can cope without the Friday sessions more than (Romain) Grosjean can.

"We do know that Grosjean has problems with the brakes, while Kevin is comfortable with them. It could be one of the reasons," Winther speculated.

"Unfortunately, it could also be simply about Kevin's points situation, as he has fewer points than Grosjean," he added.

Stroll not crumbling under 'pressure' – father

(GMM) Lance Stroll's father has denied that his son is crumbling under the "pressure" of expectations in F1.

Still just 18, Canadian Stroll has struggled at Williams so far in 2017, with many questioning his ability amid the image of being the 'pay driver' son of a billionaire.

That billionaire is the fashion mogul Lawrence Stroll, who said: "I do not put pressure on Lance.

"The pressure he has is that which he puts on himself," he told Le Journal de Montreal newspaper.

"I am only his father. There are professionals everywhere who are paid to handle it, and a team that is very satisfied with his behavior and his progress."

Lawrence also said his son's situation is not helped by the "jealousy" of others.

"For sure there is jealousy," Stroll senior said. "But I want to stress that Lance earned his place in formula one.

"He won everywhere he went and the (license) points that he needed, he went and got them.

"This is probably the toughest year for a youngster to start in F1, with even the teams not always understanding exactly what is going on.

"So you cannot ask an 18-year-old to do it alone," Lawrence insisted.

As for the 'pay driver' label, Lance Stroll's father said: "There is not a driver here who has not been supported by millions.

"Take Sergio Perez. How do you think it happened for him?"

Another rookie in F1 is Stoffel Vandoorne, but Stroll Snr said any comparison between the Belgian and the Williams driver is not fair.

(GMM) Jacques Villeneuve says he has no regrets about investing millions into F1's Brackley based team.

In 1998, in a project led by the then reigning world champion's then manager Craig Pollock, Villeneuve put up the money to buy the Tyrrell team and establish the new F1 outfit BAR.

Le Journal de Montreal said it was the French Canadian who paid every dollar to buy Tyrrell.

"I put all my money in there," Villeneuve, now 46 and a television pundit, told the newspaper, explaining that the 1997 world champion got no return on his investment as it transitioned to become Honda, Brawn and finally Mercedes.

"But it was worth it," he insisted.

"Over the course of the transactions, BAR became the powerful Mercedes team," said Villeneuve.

(GMM) Toto Wolff has joined those who are rejecting the Ferrari 'team orders' conspiracy.

Ferrari has denied that it deliberately disadvantaged Kimi Raikkonen through pit strategy at Monaco so that Sebastian Vettel could take maximum points for the championship.

"It was a fair result for the team and the drivers," he is quoted by Italy's Tuttosport.

"Now they are in the same position that we found ourselves in so often — trying to explain why one driver won and not the other.

"They really deserved it: they had the fastest car so we can only congratulate them," Wolff added.

Pirelli's most aggressive compound combination has already been used in Australia, Russia and Monaco, and has also been selected for Canada and Austria.

One set of the Ultra Softs must be cast aside for use only in Q3, while one set of either the Super Softs or Softs must be run for one stint of the Grand Prix.

From their 13 sets of tires, drivers are permitted free choice for the remaining 10 sets of rubber.

Formula 1 will visit Singapore from September 15-17.

Vettel happy to have points cushion

Championship leader Sebastian Vettel says he is not thinking about his extended title advantage, following his victory at the Monaco Grand Prix.

Vettel overhauled Ferrari team-mate Kimi RÃ¤ikkÃ¶nen during the pit-stop phase to take the win, his third of the season, after triumphing in Australia and Bahrain.

With Mercedes rival Lewis Hamilton taking only seventh, it enabled Vettel to extend his points lead from six to 25, equivalent to a race win.

"It's a long way [to go], so I'm not really bothered about that," Vettel said of his lead.

"It was more the fact to stand up there [on the podium] and see the team.

"We got a lot of hard times last year and this year everything seems to be upside down – but the team is the same, the people are the same so it's really clear to them.

"I guess in these small moments you just realize that it's a special group of people.

"If things go well, we'll work hand in hand, we must make sure we keep the momentum up in the next couple of races – but I think we're just having a great time."

Title rival Hamilton, meanwhile, is hopeful that his recovery from 13th on the grid to seventh in the race will prove crucial in the standings at the end of the year.

"I did what I came to do [and] got those points," Hamilton said.