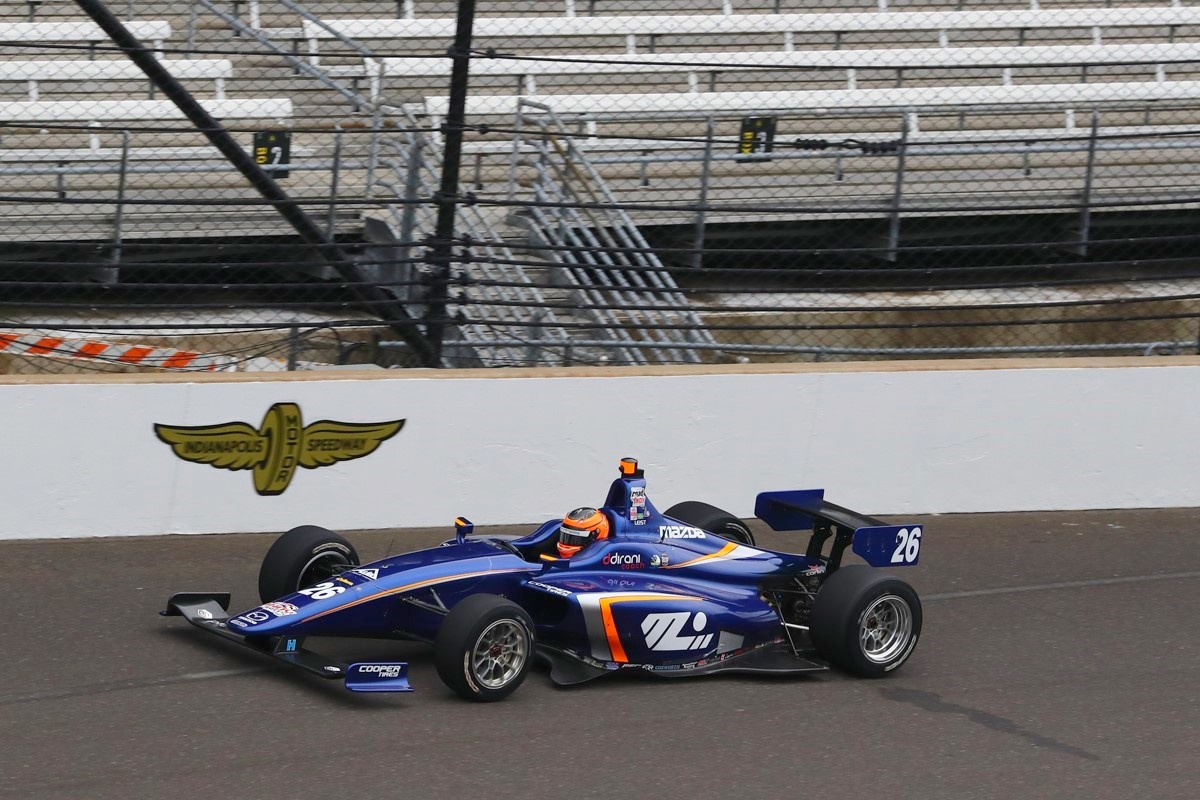 Matheus Leist lead every lap to win the 2017 Indy Lights Freedom 100. Finishing second in a last-second pass was Aaron Telitz, followed closely by Dalton Kellett. While the race didn't feature a last-lap, 4-wide drag race to the finish that other years gave us, it still was an entertaining race.

Kellett was part of early drama, when Colton Herta came down on him in turn 2 on the first lap. Colton spun, took out Ryan Norman in the race's only incident. Herta was nursing a sore hand after the race, but both were cleared by medical officials.

Santi Urrutia was charging hard in the last part of the race, and might've even contended for the win had he not brushed the wall with 3 laps to go. He started 12th and finished 5th.