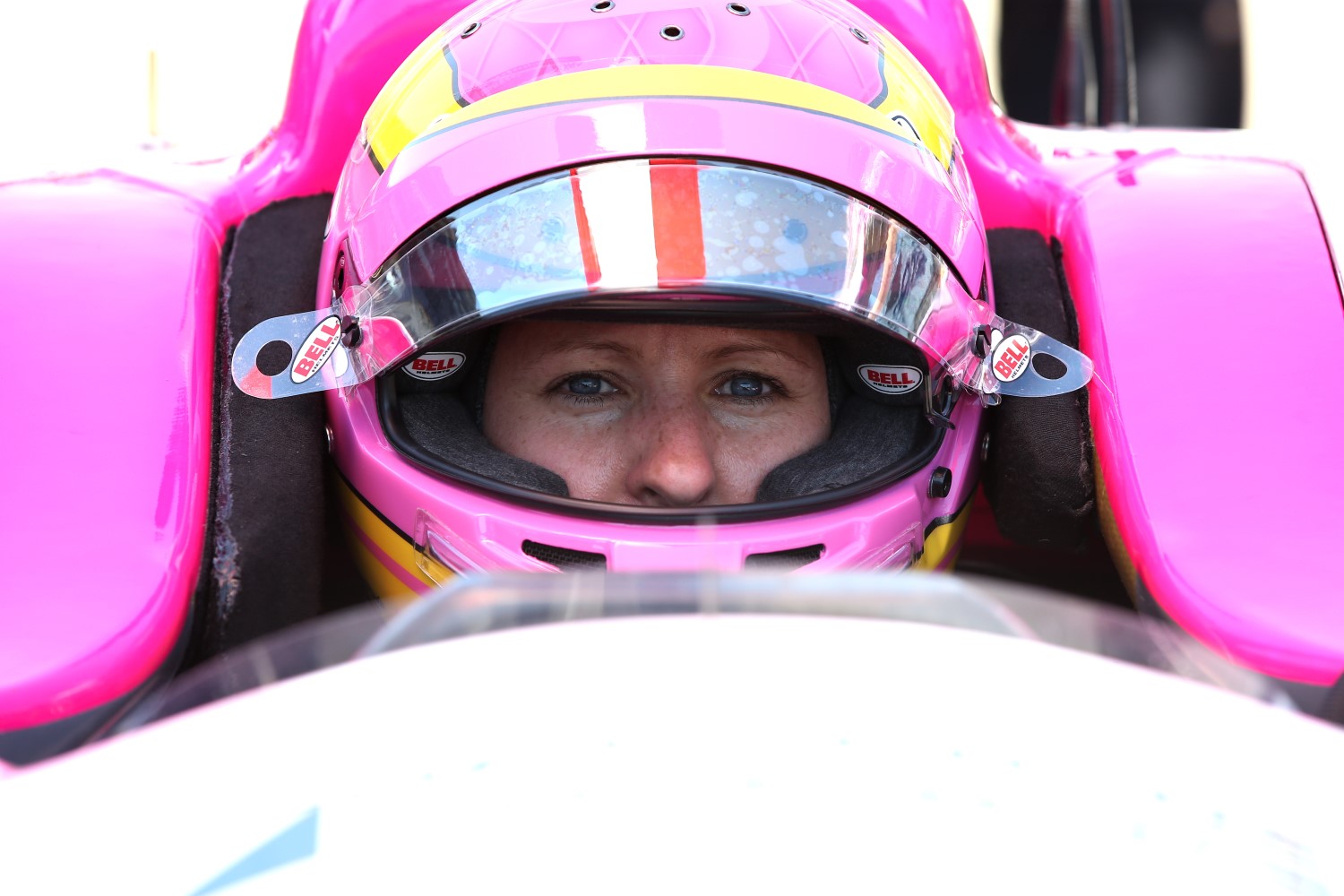 Dale Coyne Racing driver Pippa Mann is welcoming a new associate sponsor to her list of partners for the 101st running of the Indianapolis 500 with the addition of Made In Space, Inc., the world’s first space manufacturing company.

Founded in 2010, Made In Space sent the first commercial 3D printer to the International Space Station (ISS) in March 2016. They have printed parts for customers such as Lowe’s Home Improvement and NASA.

As part of the company’s partnership with Mann, Made In Space plans to print the Susan G. KomenÂ® running ribbon logo on its 3D printer aboard the ISS during National Breast Cancer Awareness month in October 2017. The ribbon will then be auctioned off to raise funds on behalf of Komen’s national research and community outreach programs.

“When Made In Space reached out to me with their concept for this partnership, they immediately captured my attention and imagination. I’m so geeked out by this," expressed Mann. “I always love it when our racing program partners also want to find ways to engage and support in our fund-raising mission for Susan G. Komen, but to me, the idea to tie these two promotions together in this way hit the cool factor out of the park. I love that we have a technologically advanced series that tech companies are interested in, and I’m so excited to have these guys on board, and to be part of producing this breast cancer ribbon in space this October!"

While plans are to print the ribbon in October, chances are the auction won’t start until the new year. The entire process to print in space and send a part to Earth can be a lengthy one. Parts are first tested on the ground to fine tune printer settings, after which print commands are sent to Made In Space’s Additive Manufacturing Facility aboard the International Space Station. Once printed, astronauts remove and photograph the objects, and then place them in stowage bags for protection during the return trip to Earth aboard resupply spacecraft. Made In Space works closely with NASA to coordinate the return of the parts to Earth.

"We're proud to sponsor Pippa for this year's Indy 500," said Andrew Rush, President & CEO, Made In Space. "As an aerospace company, we have a natural appreciation for engineering excellence and Indy racing is a great demonstration of that. Pippa is a terrific representative of the sport and fantastic role model. We are also excited to support Susan G. Komen’s important work of making an impact in the fight against breast cancer."

Stay tuned to Pippa Mann and Made In Space’s social media accounts for more information on when the made in space Komen ribbon will be up for auction.