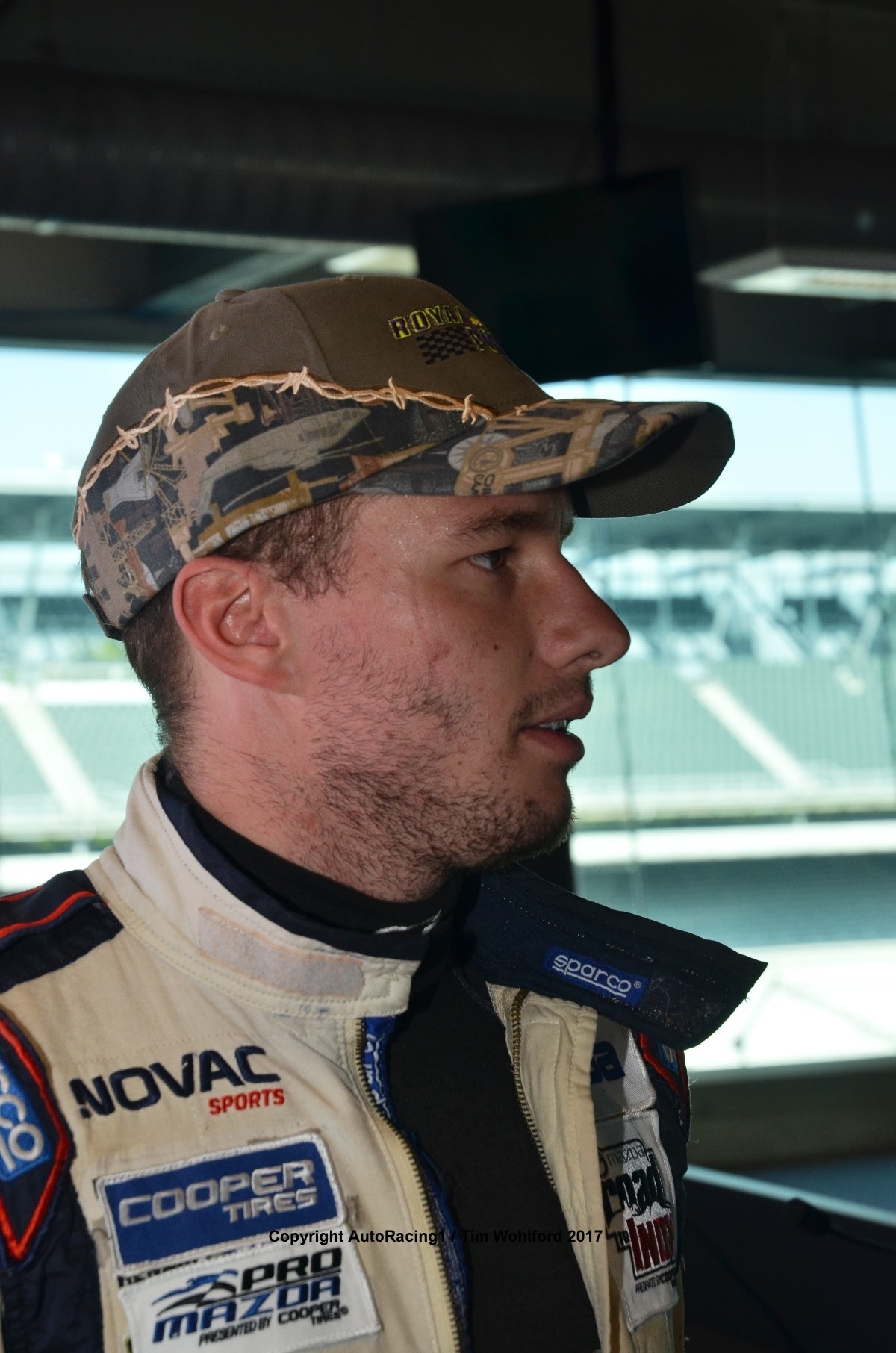 Normally we wouldn't do more than a mention of the Road to Indy (F2000, Pro Mazda and Indy Lights) winners during a weekend, but perhaps we should take notice of this one. Brazilian Victor Franzoni — winner of yesterday's race by 5 seconds — won today's shorter race by over 13 seconds, some half-second per lap.

The IMS road course is one where speeds are high so any drag is a killer to results. The game, then, is for a driver to have as little down force as possible while still keeping the car on the track. Talking with Victor after the race, he said that his team was able to lean back the rear wing on the car until it was almost flat — with even less front wing. Very little drag, very fast speeds. He said that he actually enjoyed a loose car.

I recall a conversation years ago with NASCAR team owner Jack Roush. I asked Jack what he looked for in a new driver — and he replied, "Talent". Talent, he said, was the ability to almost immediately do a difficult task, such as a noobie hitting the bulls-eye after shooting only a few shots. Jack didn't have the time or money for a driver who needed lots of track time, but rather, he needed a driver who was fast almost immediately fast. And specifically, he mentioned the ability to control over-steer.

A couple of years ago I asked IndyCar drivers why Scott Dixon was so fast on various tracks. The consensus was that he could tolerate more over-steer than anyone else. Certainly Dixon's qualifying attempt yesterday showed him sideways in a few of the corners.

I'm not prepared to say that Victor Franzoni is the next big thing, the next hot driver. Too much can happen along the way to predict anything. But I will say that, from what I saw today, I gotta believe that a few drivers wrote down his name in their "to call someday" list.