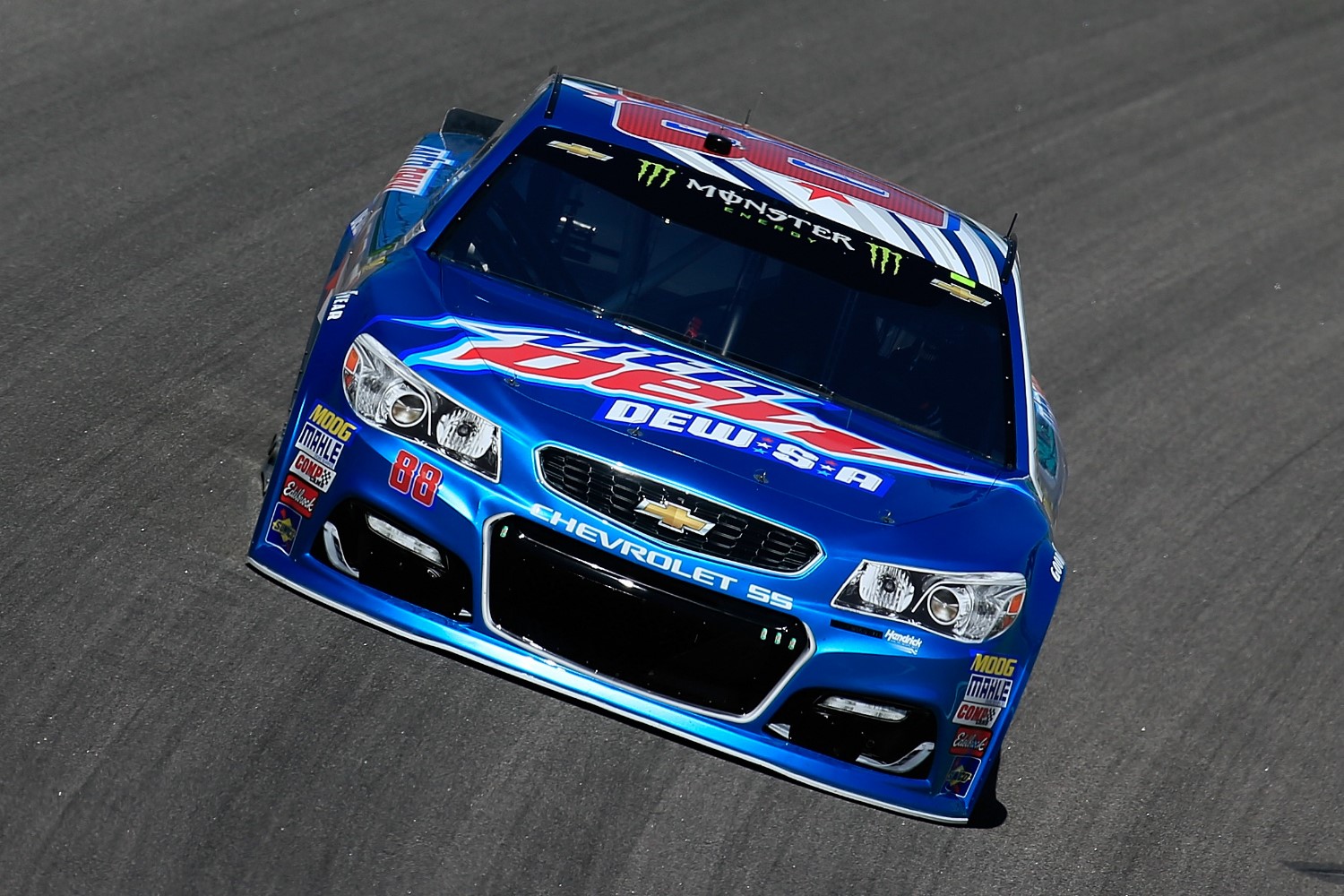 Eleven Monster Energy NASCAR Cup Series drivers failed to make qualifying attempts Friday after a backlog of cars scrambled to make their way through the inspection line at Kansas Speedway.

The list of drivers missing out included Jimmie Johnson, a two-time winner this year; his Hendrick Motorsports teammates Dale Earnhardt Jr. and Kasey Kahne; and hometown favorite Clint Bowyer. They’ll be among those starting at the rear of the 40-car field in Saturday night’s Go Bowling 400 (7:30 p.m. ET, FS1, MRN, SiriusXM).

Scott Miller, NASCAR Senior Vice President of Competition, indicated that several teams struggled to make it through the Laser Inspection Station (LIS), the last of four stops in the inspection process.

“What we measure there is a big performance metric and everybody pushes the limit," Miller said outside the NASCAR hauler as the opening 20-minute round of qualifying wound down. “Obviously pushed the limit a little bit too much today and a lot of cars didn’t pass."

The drivers who missed out were more difficult to placate. Bowyer, a native Kansan, threw up his hands after his Stewart-Haas Racing No. 14 Chevrolet failed to make the time cut. Bowyer’s car owner, Tony Stewart, entered the NASCAR hauler shortly after Miller’s remarks to discuss the issue.

“This is just, wow. Super disappointing," Bowyer said as he walked from the inspection bay. “You are off ten-thousandths of an inch. It is ridiculous. Most people can’t even understand how little that is. I get it. If you are off, you are off, but I watched my guys move the car and adjust the car accordingly for it and then actually overcompensate on it because we were worried about not making it. Then they wheel it back in and fail the exact same amount? Twice? That makes no sense. None."

Johnson, forced to a 29th-place starting spot, will share the 15th row with 30th-starting Bowyer when the field assembles for Saturday’s 400-miler. The three-time Kansas winner sounded unconcerned about starting in the back half of the pack.

“A lot of cars didn’t get a chance to go out and a lot of cars had trouble. So, I don’t know what lies in all of that, but I’m not the best at qualifying anyway, so this takes all the pressure off of me and my job at what I do behind the wheel," Johnson said with a laugh. “And I love passing race cars. I was really happy with our car.

“We actually had some short run speed and some (qualifying) speed today, so I’m disappointed we didn’t get a chance to go out and take my Lowe’s car for a rip, but I love passing cars and there’s a lot of them on this race track. So, we’ll be fine."

Said Earnhardt: “I don’t know why it failed, but I’m sure that is the way everybody feels that didn’t get through it’s like they don’t understand what is going on, but it definitely would have been nice to start a little closer to the front and make it a little bit easier on us, but we will have to do our best when the race starts to try to be aggressive and get as many as we can on the early restarts."

NASCAR developed a new procedure for its inspection schematics before the season began, mandating that teams that fail any of the four stations must repeat all four stations again before presenting their vehicles for qualifying or the race. Earlier this year at Atlanta Motor Speedway, five cars missed qualifying because of an inspection logjam.

Miller characterized Friday’s issues at Kansas as “fairly disappointing" and left the door open for examining the penalty structure for inspection failures.

“We need to assess how we’re doing all this and make sure that the right message is sent," Miller said.