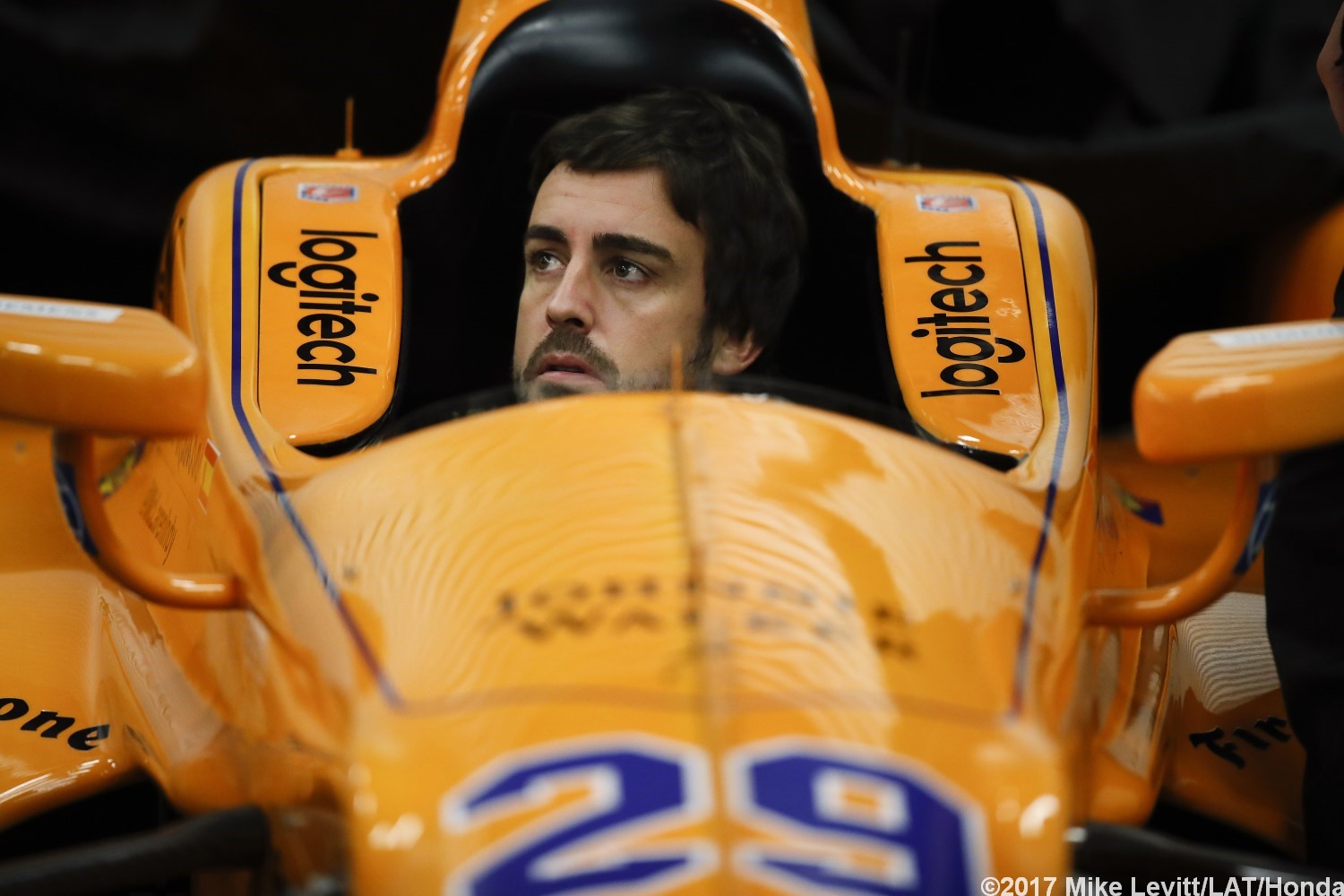 Fernando Alonso says the lack of complicated technology in IndyCar makes it more enjoyable than Formula One in some respects.

Alonso completed his first IndyCar test at the Indianapolis Motor Speedway on Wednesday, racking up 110 laps behind the wheel of the car he will race at the Indy 500 later this month. The test included a series of laps at increasing speeds to comply with the Indy 500's Rookie Orientation Program (ROP) before the Autosport Andretti team made a number of changes to his car trim away downforce and drag as Alonso's confidence increased.

Compared to the lengthily setup changes conducted behind closed garage doors at an F1 test, the changes to Alonso's papaya orange IndyCar were made on pit road with relatively simple tweaks and tyre changes. Asked if the relative simplicity of the car made the experience more enjoyable than F1, he said: "It does. It does.

"You know, they ask you if you are ready inside the car, you say yes. You switch on the car, and you go. They put fuel, tires, and you go.

"While in Formula One, it takes maybe six minutes to fire up the car, because they need to check, recheck. There is so much technology there, electronics, the hybrid system that needs to be linked with the combustion engine, the brake by wire, and many things that slow down every run or every feel that you may have on the car.

"So here, as you said, probably it's more fun because you just switch on the engine and you race."

Alonso set a fastest lap of 222.548 mph on his test day after building up his speed during the 40 laps of the ROP. After finishing the session, Alonso was asked to compare Indianapolis' four high-speed corners with the fastest corner in Formula One.

"Here is just more raw. Everything is more racing. It's definitely faster and different. But at the end of the day, we all started in go karts. We all started in the small categories that probably we miss that kind of feeling when you get to Formula One and you have everything under control, you know, every single millimeter or every single tenth of a second.

"Here it's more driver input, you know, in different phases of the corner or different runs run." espn.com