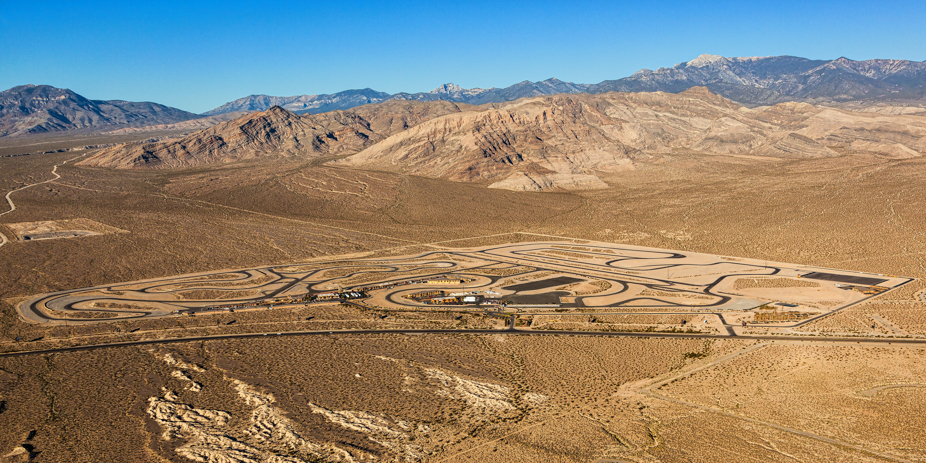 It sounds like something out of a James Bond novel, but it's all true. It turns out that a madman is building the world's greatest racetrack out in the middle of the desert west of Las Vegas. He even has a jetpack.

It's not a secret lair, though, and it's quickly becoming a playground for the world's wealthiest racing enthusiasts. The Spring Mountain Motor Resort & Country Club is the brainchild of multimillionaire entrepreneur John Morris, an iconoclast in the mold of peers like Richard Branson or Elon Musk. He bought the burgeoning Spring Mountain Motorsports Ranch racetrack in 2004 and recently paid $5 million for an adjoining property to accomplish an ambitious plan: building the world's longest professional racetrack.

The world's longest racetrack is currently the fabled 13.1 mile Nurburgring Grand Prix racetrack in Nurburg, Germany near the Belgian Border. John Morris intends to extend the racetrack at Spring Mountain to more than 15 miles. But that's just to start. Morris is also planning for a 6-mile off-road desert course for trucks and ATVs and a racing track for high performance go-karts as well as a 6,000 foot drag race track that will double as an aircraft landing strip.

In addition, the mogul is building a community of luxury homes, a hotel, restaurants, theaters and car washes, all to provide a friendly haven for racing fans. It's even a bit futuristic — nearby Lake Spring Mountain features a destination called Jetpack America, which offers travelers and residents a state-of-the-art flying experience featuring the world's first water jetpacks. (Fun fact: there's an online video featuring Morris taking an unexpected launch into the lake. Google "Jetpack Fail." We'll wait).

There are also two highly exclusive driving schools on the property. Professional racecar champion Ron Fellows has brought his performance driving school to Spring Mountain, featuring state-of-the-art Corvettes and other performance vehicle. The other brand to grace the racetrack is the Cadillac V-Series Performance Academy, which offers an exclusive opportunity to test the company's CTS-V and ATS-V models; the company even offers complimentary enrollment, airfare and a 2-day stay at the resort for every vehicle purchased.

But hotel rooms and track time isn't the only way Spring Mountain generates revenue. Morris also sells property, completed homes, and performance race cars as well as renting the track out to manufacturers and racing teams for testing and practice.

But it's not cheap. Memberships to Spring Mountain reportedly cost $45,000 to join and $5,000 a year in dues, none of which fazes Spring Mountain's clientele in the slightest. At least one member purchased eight cars and a house the day he became a member. It's a community like no other, as Morris recently told Bloomberg.

"We'll end up with our own city, and we can do whatever the hell we want," Morris said.