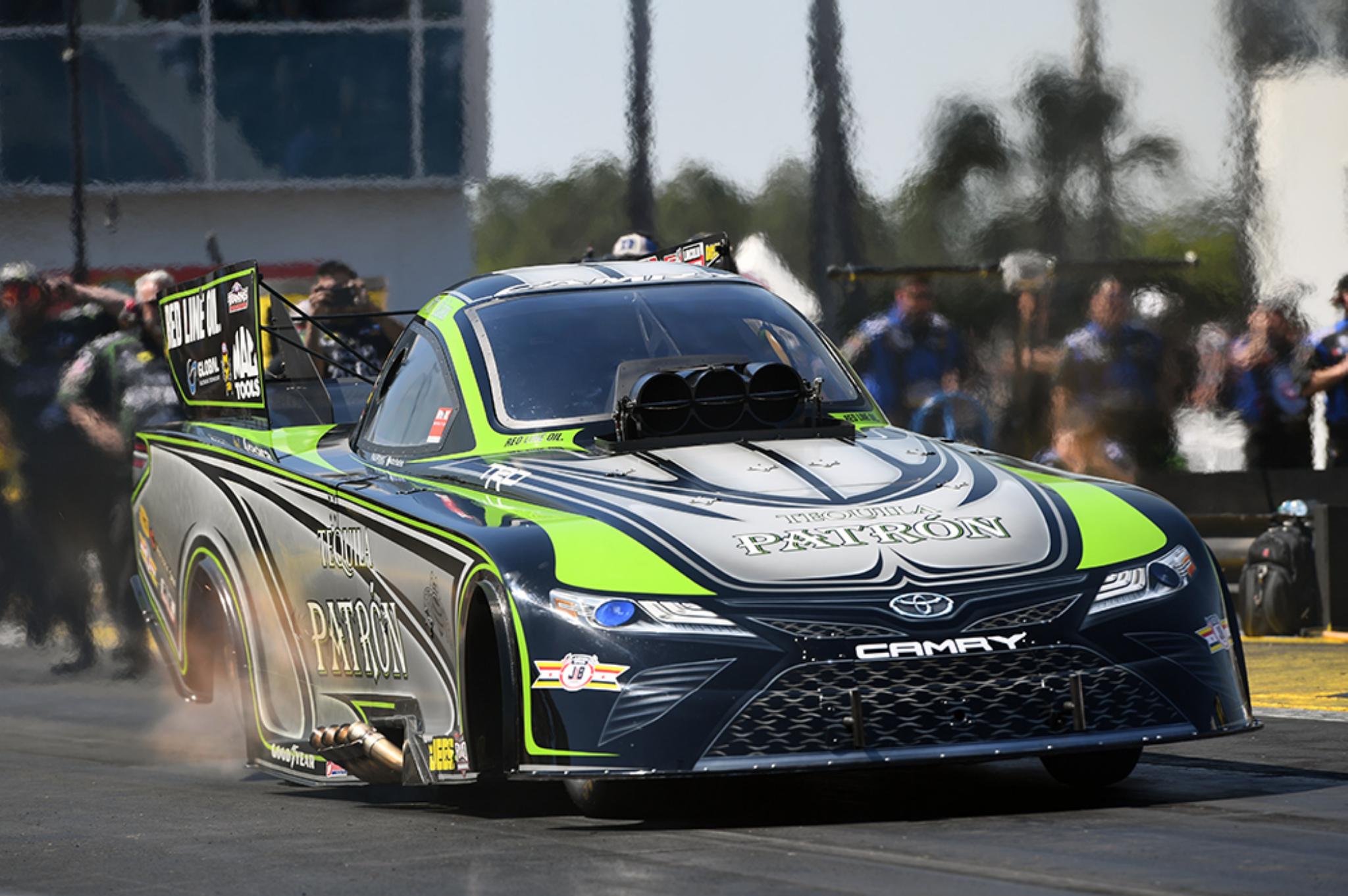 DeJoria will be stepping away from the driver's seat this weekend to deal with a family matter, according to a statement released by the team.

Kalitta Motorsports Director of Safety and veteran Funny Car driver Chad Head will step behind the wheel of the Tequila PatrÃ³n Toyota Camry for the event.