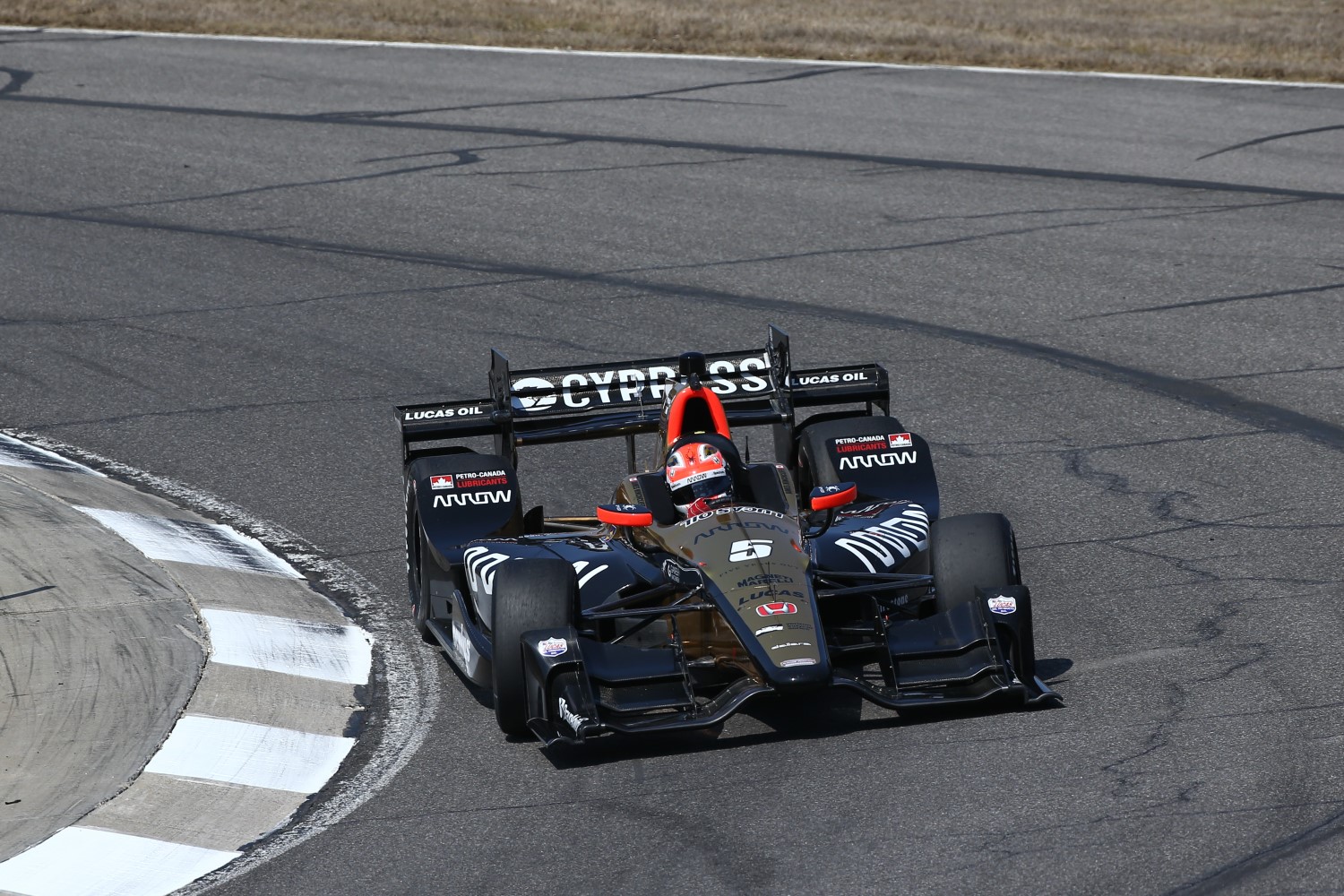 He's flashed his dance moves on "Dancing with the Stars" and shared his wit and knowledge on "Celebrity Family Feud." Now the world gets to see if Verizon IndyCar Series driver James Hinchcliffe can act.

The Schmidt Peterson Motorsports driver recently taped a guest star role on "Private Eyes," the Toronto-based crime drama starring Jason Priestley, the former Indy Lights driver. The episode involving Hinchcliffe, who plays himself, is the season premiere for the second season and will air in May.

The driver of the No. 5 Arrow Honda, who won the most recent Verizon IndyCar Series race April 9, the Toyota Grand Prix of Long Beach, is leaving it to others to critique his acting performance.

"It went pretty well, I guess," Hinchcliffe said today prior to qualifying for the Honda Grand Prix of Alabama presented by America's First. "We'll see the finished product. It was tough because I'm 'playing myself,' but Jason kind of set up the scene so that his character and me had a little bit of friction.

"So I had to be a bit of a jerk and it's not naturally what I would default to. We'll see how my jerk comes across."

"Private Eyes" airs on Global TV in Canada and on ION Television in the United States.