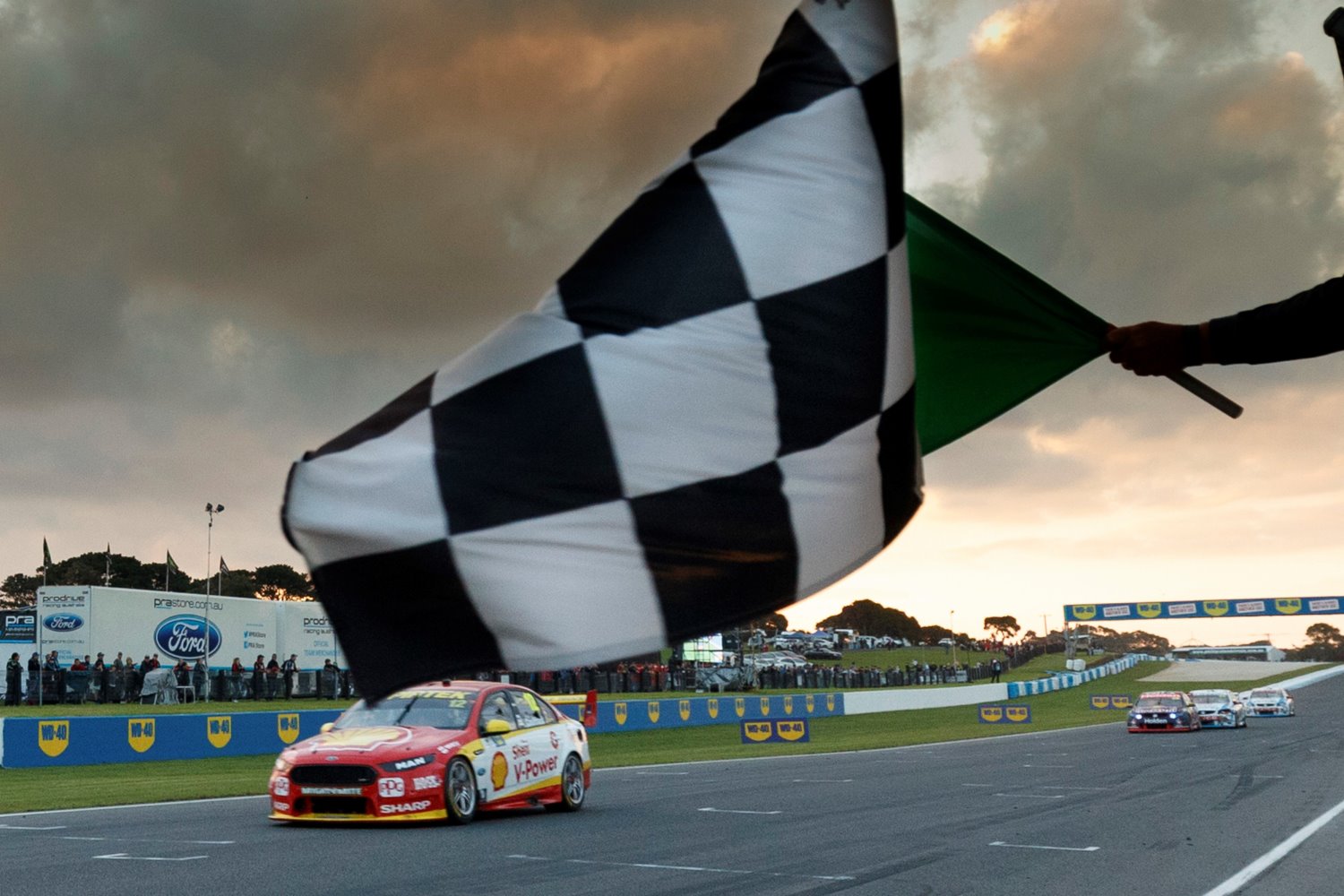 Coulthard claimed the win after starting from second on the grid behind teammate Scott McLaughlin. Holden’s Jamie Whincup finished second and Garth Tander recorded his first podium finish of 2017 coming in third.

The race will go down as one of the most eventful on the grueling Phillip Island track after 11 drivers experienced tire failure and eight drivers received pit lane infringements.

Coulthard himself experienced tire failure in the 19th lap, but fought back to claim his second race victory in a row following his victory at the Tirepower Tasmania SuperSprint.

“We went through our fair share of misfortune, but we had a good car, we had a fast car," Coulthard said.

“It’s a never give up attitude. We just carried on, we made sure we dotted the Is, crossed the Ts, and we got the job done."

Among those forced to serve 15 second penalties were Scott McLaughlin, Craig Lowndes and Shane van Gisbergen.

Whincup, a five-time winner at Phillip Island, said regardless of everything that happened around his car, his team did a good job to claim the second place.

"We didn't have any pace but we didn't make any mistakes and we got rewarded with a podium," Whincup said.

Tander, also a five-time race winner at Phillip Island, said his Garry Rogers Motorsport team is very happy to have secured their first podium finish since switching from Volvo to Holden.

“Our car didn’t have the ultimate speed but its consistency was incredible. I was surprised at the speed we had," Tander said.

Coulthard’s win was the first at Phillip Island for a Ford driver since Will Davison claimed victory in 2012.

Drivers will regroup tonight ahead of tomorrow’s qualifying for race two. The second 250km race of the WD-40 Phillip Island 500 will begin at 1:50pm tomorrow afternoon.