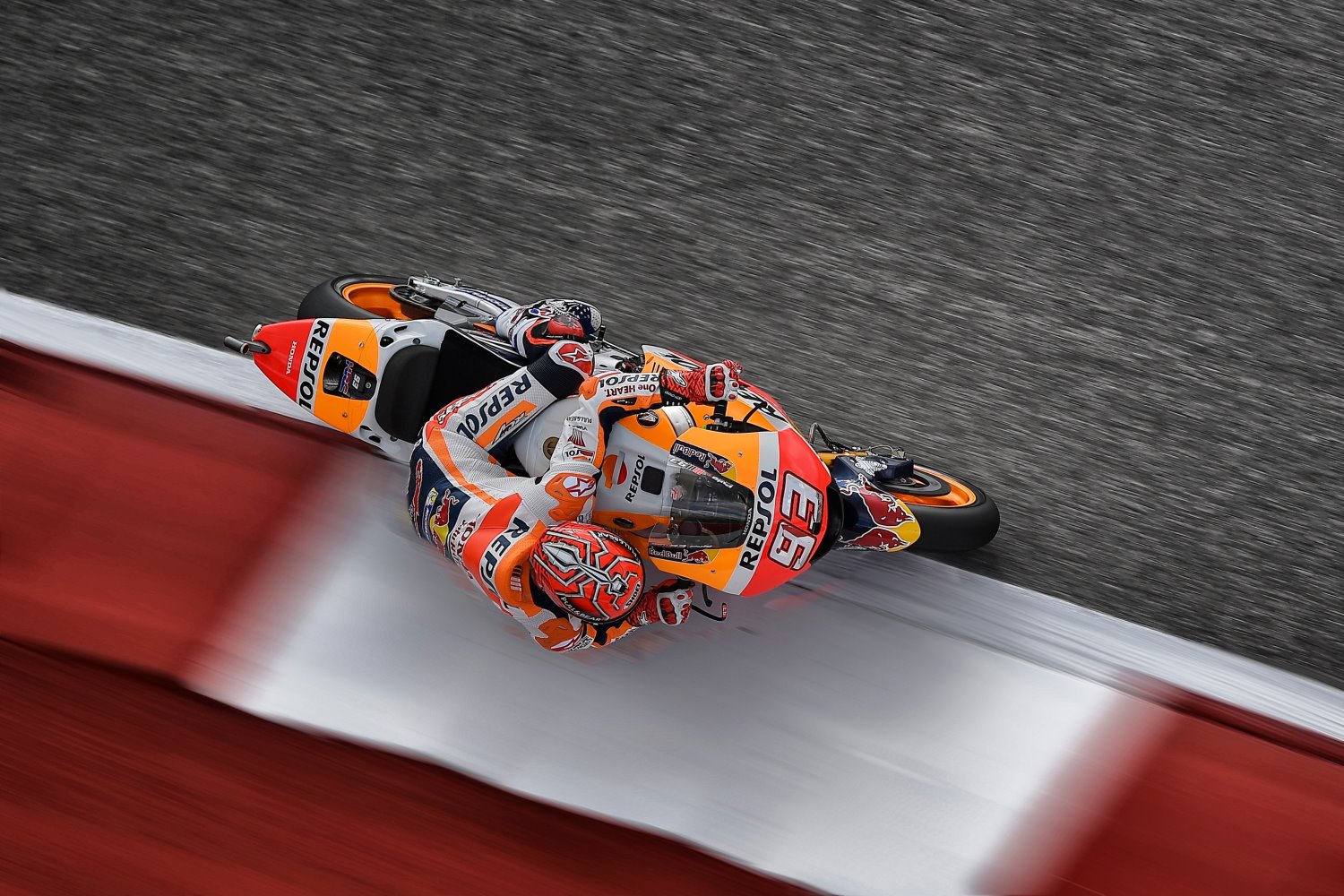 Marc Marquez (Repsol Honda Team) took back the top of the timesheets at the Circuit of the Americas in Austin, Texas, as the number 93 put in a late charge on soft rubber to go fastest on Friday with a 2:04.061 – 0.296 clear of an incredible performance from Monster Yamaha Tech 3 rookie Johann Zarco. Championship leader Maverick ViÃ±ales (Movistar Yamaha MotoGP) was third quickest on combined times after topping FP1.

Nine-time World Champion Valentino Rossi (Movistar Yamaha MotoGP) shot up into the top five late in the day as riders put in some time attacks, taking P4 by 0.005 from Repsol Honda’s Dani Pedrosa.

Andrea Dovizioso (Ducati Team) was sixth quickest as he looks to put his bad luck in the Americas behind him, ahead of LCR Honda rider Cal Crutchlow – who also suffered a crash in FP1.

FP2 was punctuated by a big crash for Pull&Bear Aspar Team’s Karel Abraham down the road from T11, with the Czech rider up and headed to the Medical Centre thereafter. Abraham has suffered a small fracture in his ankle and will be reviewed again on Saturday. Loris Baz (Reale Avintia Racing) was another crasher at T1, rider ok, and there was a mechanical problem for Team Suzuki Ecstar rookie Alex Rins early in the second session of the day – with the Spaniard back out soon after on the second bike.

One big talking point on Friday afternoon saw Red Bull KTM Factory Racing unveil their first “aero-fairing" of the season, with Pol Espargaro finding the positives with the new design and nothing negative to report as the Austrian factory look to continue their progress following their first points in Argentina.