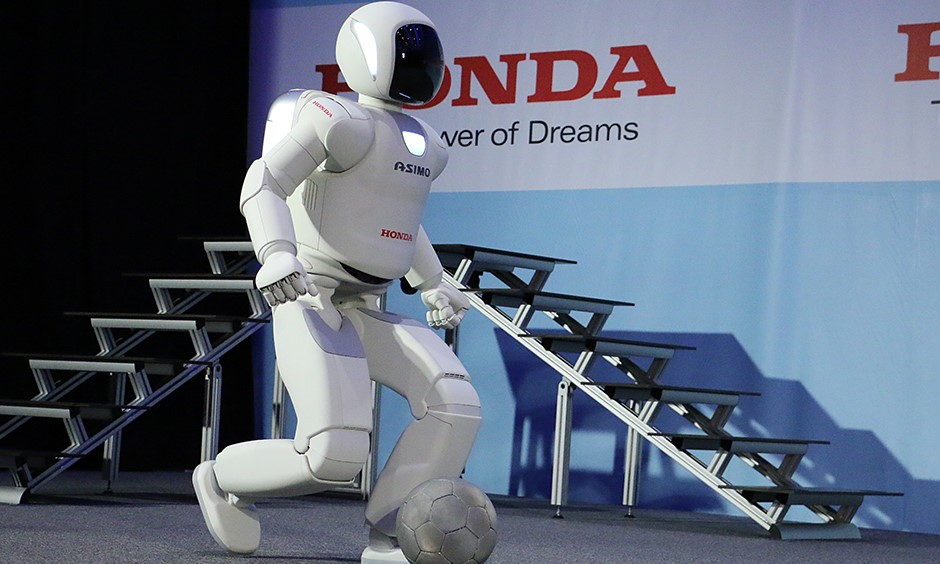 For the first time, Honda's humanoid robot ASIMO will serve as grand marshal at the Honda Indy Grand Prix of Alabama presented by America's First this weekend

ASIMO – which stands for Advanced Step in Innovative Mobility – is the world's most advanced bipedal humanoid robot, designed by Honda for humans requiring assistance with their daily lives. As a brand ambassador, ASIMO has entertained people around the United States, while showcasing its innovative technology, including ringing the opening bell on the New York Stock Exchange, conducting the Detroit Symphony Orchestra and walking the red carpet at a Hollywood movie premiere.

ASIMO's grand marshal duties will include providing the famous command, “Gentlemen, start your engines" before Sunday's 90-lap race on the 2.3-mile permanent road course in Birmingham, Alabama. The humanoid robot will also partake in educational demonstrations throughout the weekend for fans attending the track.

“We are honored to have ASIMO as our grand marshal," said George Dennis, president of ZOOM Motorsports, the event promoter for Barber Motorsports Park. “This will be the first race event that ASIMO has attended and we are excited to make history with his appearance."

The new version of ASIMO features enhanced hand dexterity, including the ability to sign in both American and Japanese sign language, recognize human faces, as well as the ability to climb stairs, hop, jump, balance on one foot, and transition seamlessly between walking and running, among other unique capabilities.

Ticket information for the Honda Grand Prix of Alabama is available at BarberMotorsports.com. Sunday's race airs live at 3 p.m. ET on NBCSN and the Advance Auto Parts INDYCAR Radio Network.