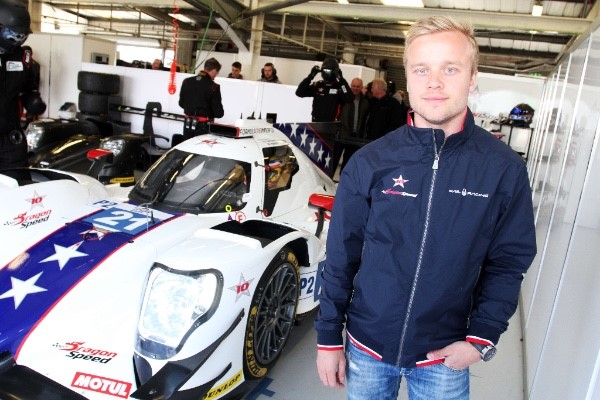 Felix Rosenqvist is set to join DragonSpeed for the 2017 Le Mans 24 Hours in the team's #21 ORECA 07 Gibson that will compete in the LMP2 class.

25-year-old Swedish driver Rosenqvist meanwhile joins countryman Henrik Hedman and Briton Ben Hanley as the team enter the race for the first time in a bid to win the hotly contested LMP2 class.

"Racing in the 24 Hours of Le Mans has always been a dream of mine," says Felix Rosenqvist. "It's one of the world's most famous races, and to drive a sports prototype on that particular track I'm sure will be something very, very special.

"I had my first taste of 24-hour racing at Spa last year and it was a truly standout experience, so I can't wait to find out what Le Mans – the most prestigious one of all – is like. I'm looking forward to working with DragonSpeed to try and achieve a strong result, and I'd like to thank them for giving me this exciting opportunity."

Elton Julian, 10Star DragonSpeed team principal: "We're delighted to have Felix join the team for Le Mans, an emerging star in our fast emerging team. For the first attempt from the team at Le Mans it's been hugely important to build a squad that we believe can challenge at the front.

"Felix's speed is well known and will be the perfect addition to our well-established pairing with Henrik and Ben as we look to build on progress from last year with a race win and regular podiums in the European Le Mans Series."

DragonSpeed will field a pair of ORECA 07 Gibsons in the LMP2 class for the Le Mans 24 Hours and the full 2017 European Le Mans Series with the team's second (#22) car fielded for G-Drive Racing under the G-Drive Racing by DragonSpeed banner.