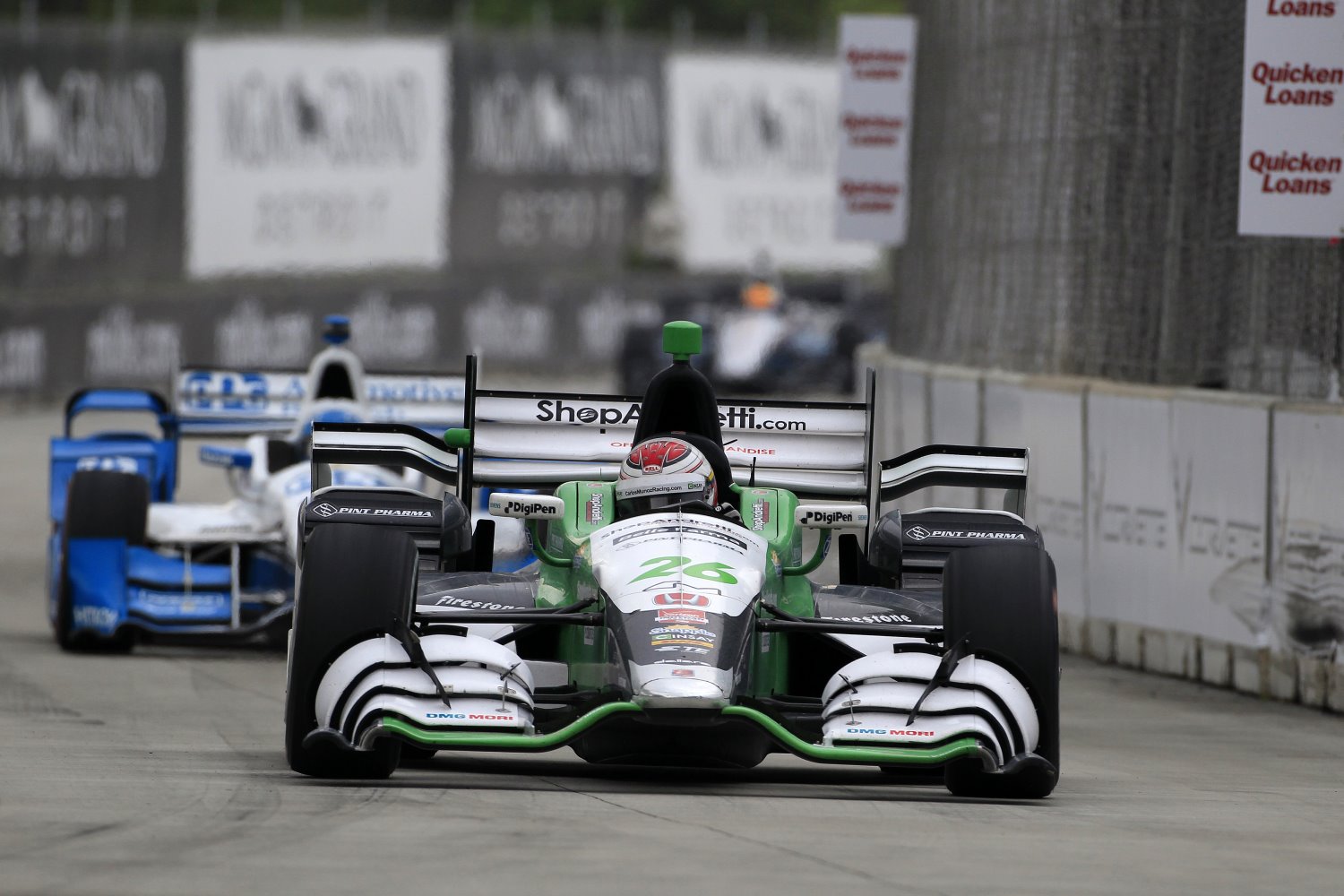 Building on a partnership that showcases a unique “two-nation destination," the City of Windsor and the Chevrolet Detroit Grand Prix presented by Lear proudly announced their renewed partnership for 2017 today.

This marks the eighth year that the Grand Prix and the City of Windsor, Ontario, Canada have teamed up to highlight the beauty of the shared Detroit and Windsor waterfronts through three days of racing, entertainment and family fun on Grand Prix weekend at Belle Isle Park.

The renewed partnership announced today will make it easy and efficient for Canadian fans to cross the border to Belle Isle through Transit Windsor and experience the 2017 Chevrolet Detroit Grand Prix presented by Lear, June 2-4.

Canadians will once again be able to purchase Grand Prix tickets online, including round-trip transportation to Belle Isle, online through snapd Windsor and in person at the Windsor International Transit Terminal. Verizon IndyCar Series driver Conor Daly joined City of Windsor Mayor Drew Dilkens and Chevrolet Detroit Grand Prix presented by Lear Chairman Bud Denker to announce the details of the partnership today at a press conference in Festival Plaza along the Windsor Riverfront.

Through the special Canadian Grand Prix package, fans can purchase reserved grandstand tickets in Grandstand 1 overlooking pit lane and the start/finish line area or general admission tickets to the Grand Prix. All ticketholders will be able to access the Meijer Fan Zone and enjoy a host of fun activities including local and national bands on the MotorCity Casino Hotel Entertainment Stage – headlined by popular country music duo Montgomery Gentry on Saturday night and dance music icon Jody Watley featuring Shalamar Reloaded on Sunday afternoon, food and drinks in the Bud Light Food Court and Beer Garden, extreme sports demonstrations, interactive displays, games and more. Single-day tickets start at $55 CAD (including HST) for general admission or $95 CAD (including HST) for a reserved grandstand ticket.

“The Grand Prix has such a unique opportunity with our great Canadian fans located just across the Detroit River in Windsor and we’re excited to continue our long-standing partnership with the City of Windsor," said Bud Denker, Chairman of the Chevrolet Detroit Grand Prix presented by Lear. “This international collaboration allows Canadian fans to visit Belle Isle through Transit Windsor in a fast, efficient and safe manner so they can enjoy their weekend with us at the Grand Prix."

For more information on the Grand Prix and travel packages, fans can visit www.citywindsor.ca or call 311. To buy tickets online visit www.snapdwindsor.com/GrandPrix or purchase in-person at the Windsor International Transit Terminal. Cash, debit cards, Visa and MasterCard are all accepted to purchase the Canadian ticket package. Canadian fans who have already purchased their tickets to the Grand Prix can buy round-trip transportation from the Windsor International Transit Terminal for just $12 CAD per person.

“The City of Windsor is proud to once again support the Chevrolet Detroit Grand Prix presented by Lear," said Windsor Mayor Drew Dilkens. “Having the online option to purchase tickets through snapd Windsor or in-person at the Transit Windsor International Terminal gives our Canadian fans options in buying tickets and we know how much excitement the Grand Prix generates and the positive impact it has on our community and our businesses in Windsor."

As part of the partnership, the City of Windsor will continue to sponsor the City of Windsor International Media Center, located in the historic Belle Isle Casino during the Grand Prix. Over 700 media members are expected to attend and cover the event in 2017 and the City of Windsor International Media Center will be the home of the working international press throughout the weekend. Members of both the Detroit Metro Convention and Visitors Bureau and Tourism Windsor Essex Pelee Island will work together in the media center, serving as hosts for the visiting media and providing information and concierge services throughout the weekend to promote the “two-nation destination" in the Windsor/Detroit area.