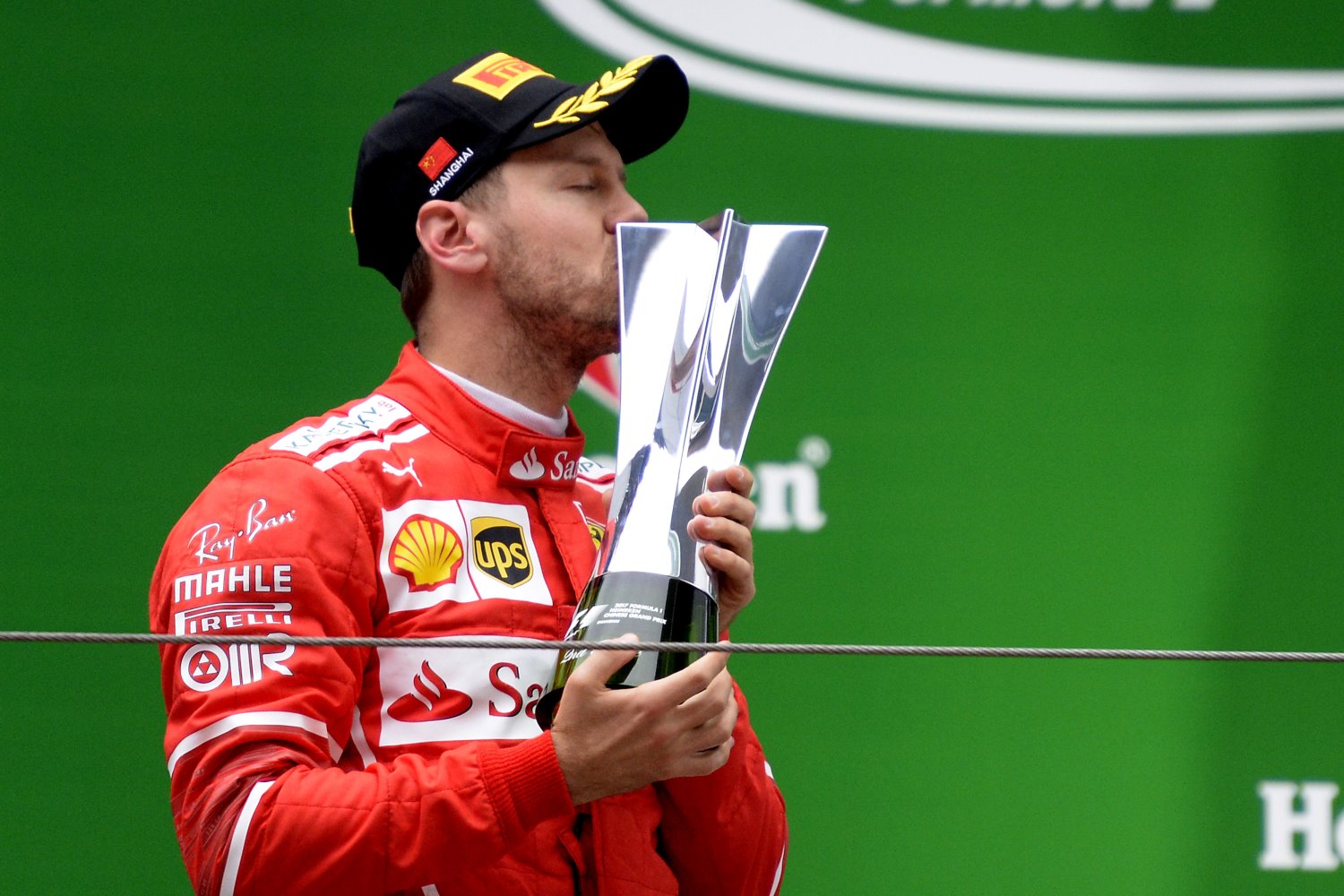 Speaking to Sport Bild after finishing second in the Chinese Grand Prix, Vettel reflected on the race, "I think that was the optimum. We had bad luck early with the safety car because we could not use the fresh slicks."

"After that it was a good race, it was fun, we can be very satisfied with the result. I look forward to the coming week [in Bahrain], we are really good on a good path."

"We hope this would be a good news for us. We travel to Bahrain without great expectations. Mercedes remains the measure of things, but we were relatively close [in Shanghai] on a circuit that is not ideal for us."

"At some point, we can no longer share the lead, in the end there can only be one World Champion," Vettel said with regard to his title fight with Hamilton.

"But it would be great for us to be in such a strong position at the end of the season. Until now we have been a little faster, sometimes a bit slower. I do not want to make things more complicated than they are."

Vettel is on his game this year coming from 6th to 2nd and having to pass some of the fastest drivers in the paddock – Verstappen, Ricciardo, Raikkonen and Bottas. He even rubbed wheels with former Red Bull teammate Daniel Ricciardo, "I had to pass him quickly to chase Lewis. I did not really know where Daniel was going and scared me a little when our wheels touched. It was extremely tight but great fun."

"With the new regulations you can push again over the whole race, which we like. The limit is significantly higher than in the past years, the tires last longer, the cars are faster."

"And fast driving is just more fun than hanging on the cruise control," added Vettel.