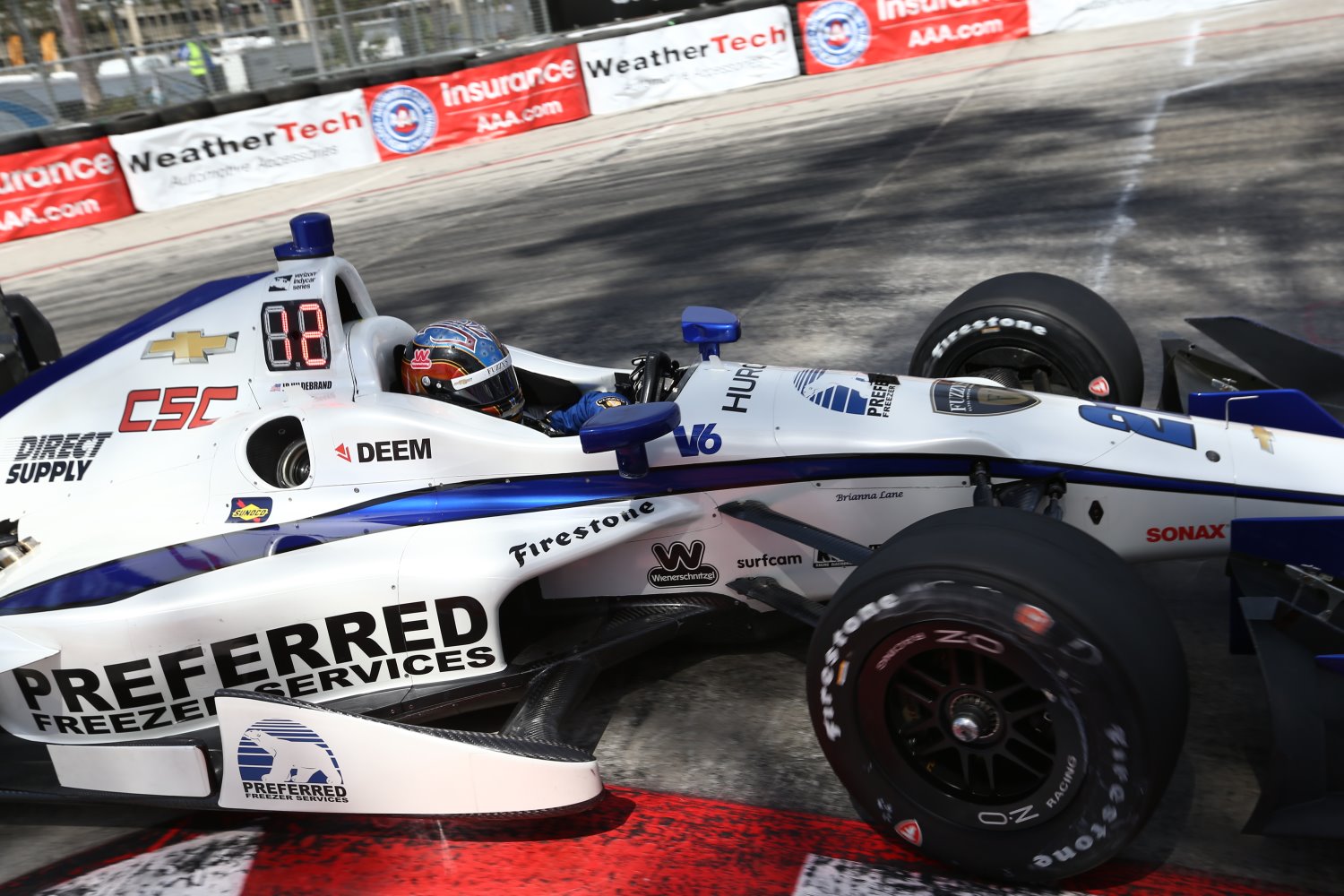 Ed Carpenter Racing driver JR Hildebrand suffered a broken bone in his left hand during an incident at the Toyota Grand Prix of Long Beach. Hildebrand was entering the first turn on Lap 85 when his No. 21 Preferred Freezer Services Chevrolet made contact with the No. 7 Schmidt Peterson Motorsports Honda driven by Mikhail Aleshin.

According to INDYCAR medical director Dr. Geoffrey Billows, Hildebrand will be re-evaluated upon his return to Indianapolis this week and has not been cleared to return to Verizon IndyCar Series competition.

“At the end of the race, we all were bunched back up because of that last yellow," Hildebrand explained. “I was on reds and had a little bit for at least the handful of cars in front of us. On the last lap, I was making a move on Mikhail Aleshin and I could tell he was struggling. I was out of push-to-pass so I was trying to make a proper, full-out pass down he front straightaway. He had been starting to move over, not a major blocking maneuver but enough to assert his line. He hit the brake a lot earlier than I was expecting and I ended up running into the back of him. In doing so, it ripped the steering wheel from my hand and I ended up tweaking it. At the end of the day, to come home with an 11th place finish isn’t terrible. It is a bummer though as we were certainly on our way to finishing in the Top 10 and now we are in a bit of a jam going forward. Hopefully I can get back to it here before the next race."