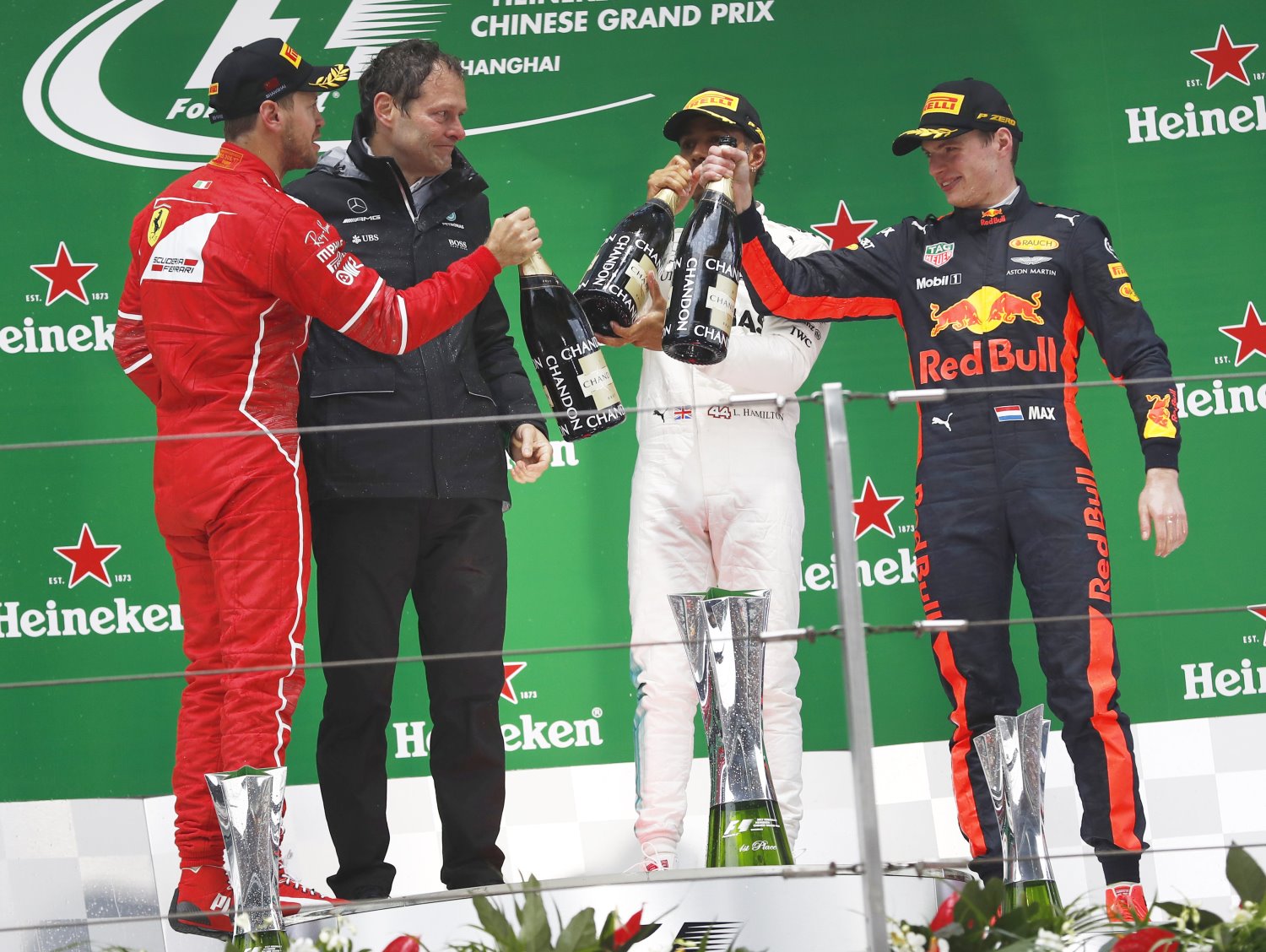 This podium shot from the Chinese GP features some of the key figures in F1 today. The three best drivers – Sebastian Vettel, Lewis Hamilton and Max Verstappen, as well as Mercedes Chief Designer Aldo Costa (between Vettel and Hamilton) – the greatest F1 designer of all time having delivered Michael Schumacher all those wins at Ferrari and now Hamilton at Mercedes for the 4th year running.

Costa does not like the limelight, he is a behind the scenes guy who makes drivers into heroes.

One can argue that Verstappen may not be better than his teammate Ricciardo (yet) but yesterday's drive by Lewis Hamilton and Sebastian Vettel were notable in that both finished 40+ seconds ahead of their teammate. Vettel now has a car that suits his style and if he wasn't held up for so many laps by his moving chicane teammate (after making an untimely pitstop), would have given Hamilton a real run for his money for the win.