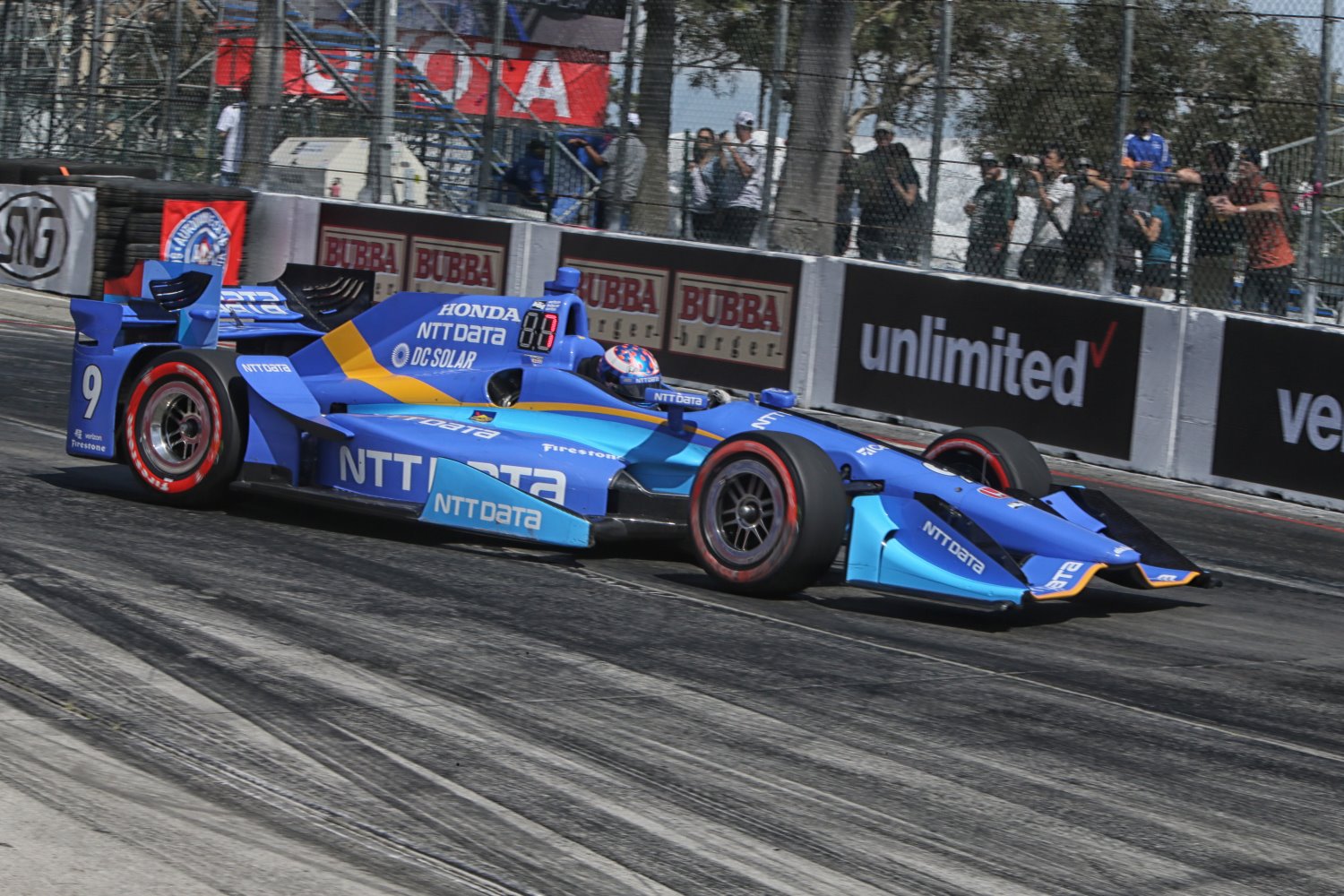 Scott Dixon led a Honda 1-2 in final practice for the Toyota Grand Prix of Long Beach with a time of 1m07.1348sec, just 0.0002 sec faster than Andretti Autosport driver Ryan Hunter-Reay.

Simon Pagenaud was the lone Chevy in the top-6 with a time of 1m07.1713s good enough for third.

Pagenaud was followed by the Hondas of James Hinchcliffe, Takuma Sato and Graham Rahal.

Will Power, Josef Newgarden, Sebastien Bourdais and Alexander Rossi rounded out the top-10.