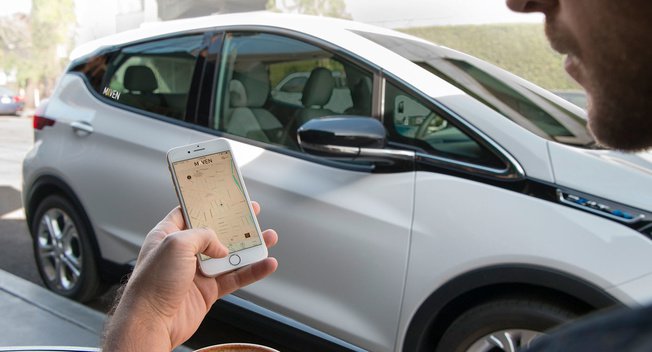 The Chevrolet Bolt EV, touted as a game-changer for the electric-vehicle industry, is struggling to leave dealer showrooms in California, with reports of inventories backing up despite urging by state environmental regulators to boost sales writes Steve Scauzillo of the San Gabriel Valley Tribune.

In December, the car received a boatload of awards, including being named 2017 Motor Trend Car of the Year. The Bolt is the first affordable battery-electric to travel 238 miles on a single charge — three times the distance of most EVs in its class and at a sticker price of about $37,000, one third the price of a Tesla, the leader in the field.

In January, the first month it was sold, Chevy moved 1,162 Bolts, a respectable third place in plug-in electric vehicles sold in the United States, behind its own Volt 2017 and the revamped Toyota Prius Prime. Come February, Bolt sales tailed off to 952, fifth place, overtaken by a six-year-old electric, the Nissan Leaf and the much more expensive Tesla Model S.

Despite advances in battery power, aerodynamics and price, the car is far from breaking sales records.

That could be bad news for air regulators like the California Air Resources Board. At a feisty meeting of the board last week, members announced they will increase pressure on carmakers to produce more EVs to attempt to bring California's total to 4 million EVs on state roads by 2030.

The board said the EV goal would help further reduce air pollution and greenhouse gases that cause climate change. But many in the EV industry see the shift to the Bolt by ordinary, middle-class car buyers as a slow, drawn out process, more of a marathon than a sprint.

"It takes a long time to change someone's inherent perceptions about new technology," explained Mark Duvall, director of energy utilization for the Electric Power Research Institute in Palo Alto. "Especially with one of the two biggest purchases people make (the other, a house)."

EV fanatics are the exception

Of the many Bolt owners in Southern California, none is more enthusiastic than Dency Nelson of Hermosa Beach.

"This is not a golf cart. This is a great car," said Nelson. "This is the world's best car. It goes faster than most cars. It is safer. There is no maintenance. And here is the best part: That push back in your seat upon acceleration — that's called instant torque."

Jeff U'Ren, a semi-retired video editor for NBC-Universal, also likes the power. "You have so much power you can leap into the other lane," U'Ren said. "There is no lag. It is not like it downshifts. It reminds me of my old ‘65 GTO days when I was king of the road."

Plenty of critics have said the Bolt is not just the best electric car, but the best car on the road. With electricity costing between one-fifth and one-tenth the cost of a gallon of gasoline, the car is cheaper to operate. Maintenance is nearly non-existent.

Both Nelson and U'Ren have driven electric or plug-in electric cars for decades. They are what are called early adopters.

U'Ren, who has owned several Volts as well as the original GM electric, the EV1, says he no longer has to plan out trips to reach electric charging stations. With the Bolt, he can drive without worrying about getting stuck.

"I can get a solid 250 miles," he said. "And I don't baby it. I just drive it like a car," U'Ren said. He drove from his home in Santa Monica to Riverside and back last week, a roundtrip of 142 miles and still had 91 miles on the battery. Battery-electric cars use more battery power on the open road. In traffic, the stop-and-go regenerates power.

Despite all of the advances packed into the car, the limitations on charging infrastructure may still leave many road trippers without enough juice.

In an article in Green Car Reports, Bolt EV owner Dawn Hall wrote about her trip from San Jose to Caltech in Pasadena. The roundtrip covered 800 miles mostly on Highway 101. She could not take the more direct I-5 because there were not enough electric charge stations.

At 80 miles per hour, her range decreased from 238 to about 103 miles, she reported. After numerous stops and charge-ups that took more than an hour, she and her teenaged daughter arrived at Caltech 11.5 hours later. In a gasoline car, the trip would've taken a little more than five hours.

For her 100-mile daily commute for work, her Bolt EV is great, she wrote. And she liked the fact that it is not polluting the environment like a gasoline-powered car.

Nelson also took a road trip with his Bolt, and said he had to plan out charging stops but enjoyed the stopping, chatting with strangers in roadside diners while waiting for his car to charge and taking in new faces and new places.

"The night before taking this trip (to Concord) was like the night before Christmas. I was so looking forward to taking a fully electric road trip," Nelson said.

But not being able to easily drive to Northern California or longer road trips may be why the combination battery-and-gasoline cars with much more range are selling better than all-battery Bolts. Public charging stations have not kept up with demand.

"The infrastructure is going to dramatically improve over the next few years," Duvall said. Southern California Edison is helping pay for 50 new charging sites that will include 800 charging stations. Recently, cities of Lynwood and Ontario have added public charging units.

About 30 different electric vehicles are on the market, said Joel Levin, director of Plug In America, an association promoting electric cars with 25,000 members.

The CARB ruling affects carmakers in California and 12 other states that have adopted the same standards. This group represents over a third of the U.S. car market. Levin says by next year, zero-emission vehicles will be in these other states.

General Motors started selling the Bolt only in California and Oregon and is expanding into Massachusetts, Maryland and Virginia.

"It is not just about the environment," Levin said. "EVs are better technology that is just now being revealed."

Among EV enthusiasts, the theory goes that independent dealerships won't focus on EV sales because they do not require servicing, U'Ren said.

"They make money on the service end and EVs don't need service. It goes against their model," U'Ren said.

But even those local dealers that do offer the Bolt are clearly not seeing them leave the lot in droves.

Community Chevrolet in Burbank, Rydell in Northridge, Felix Chevrolet in downtown L.A. and Hooman Chevrolet all sell the Bolt. When he bought his car, U'Ren said a salesman at Hooman took him to a storage area where he got to choose from 146 Bolt models. Today, the dealership's website lists 140 Bolt EV vehicles in inventory.

Many are seeing inventory back up as sales somewhat cooled in February, U'Ren said. But Duvall said other dealerships can't keep up with demand.

Still, Duvall said with 400,000 people signed up for pre-orders of the Tesla Model 3, he expects the market still has plenty of room to grow.

"It is definitely a very exciting time. The evolution of the technology is not slowing down. If anything it may be accelerating," Duvall said.

Getting people to switch to a different technology may remain the biggest roadblock.

"Until you get butts in the seats, you are not going to get it," Nelson said. Steve Scauzillo/San Gabriel Valley Tribune