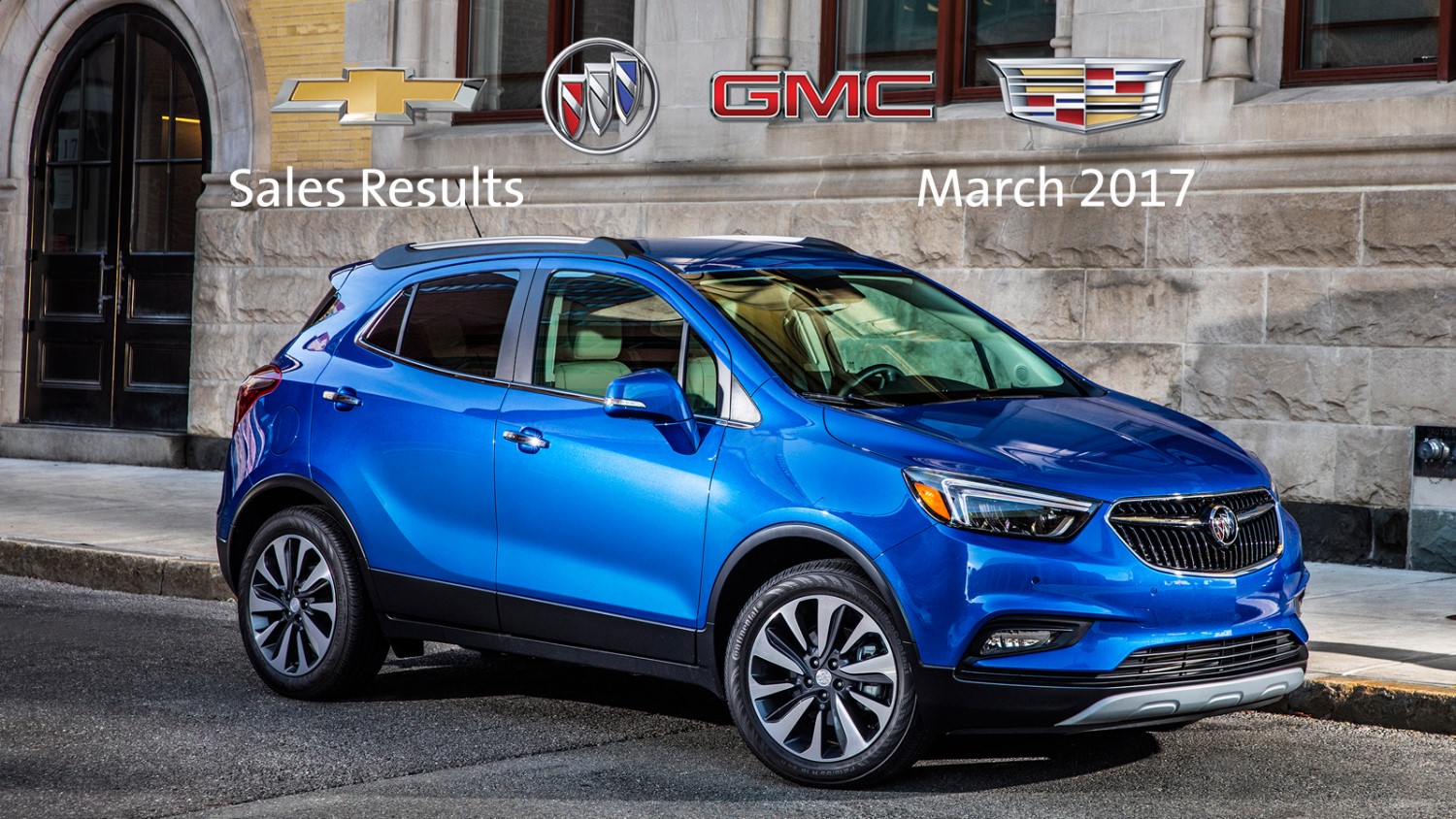 General Motors (NYSE: GM), which grew its retail sales faster than any other full-line automaker in 2016, outpaced the industry once again in March. The company also gained retail share in the first quarter of 2017.

“The economy is strong and we see more growth ahead for our brands," said Kurt McNeil, U.S. vice president of sales operations. “More people are working, consumer confidence is at a 16-year high, fuel prices are low and Chevrolet, Buick, GMC and Cadillac have a wave of new crossovers to compete in the industry’s biggest and hottest segments."

Chevrolet, which grew retail market share in 2015 and was the industry’s fastest-growing brand in 2016, is particularly well positioned. Chevrolet had its best March and first quarter retail sales since 2007.

“Chevrolet will have the industry’s broadest and freshest lineup of utility vehicles led by the all-new 2018 Equinox and Traverse, plus we have a unique three-truck pickup strategy and a dominant position in large SUVs," McNeil said. “We also have a first-mover advantage in many segments. It will be years before key competitors are able to launch rivals to the Chevrolet Bolt EV, Colorado and Trax."