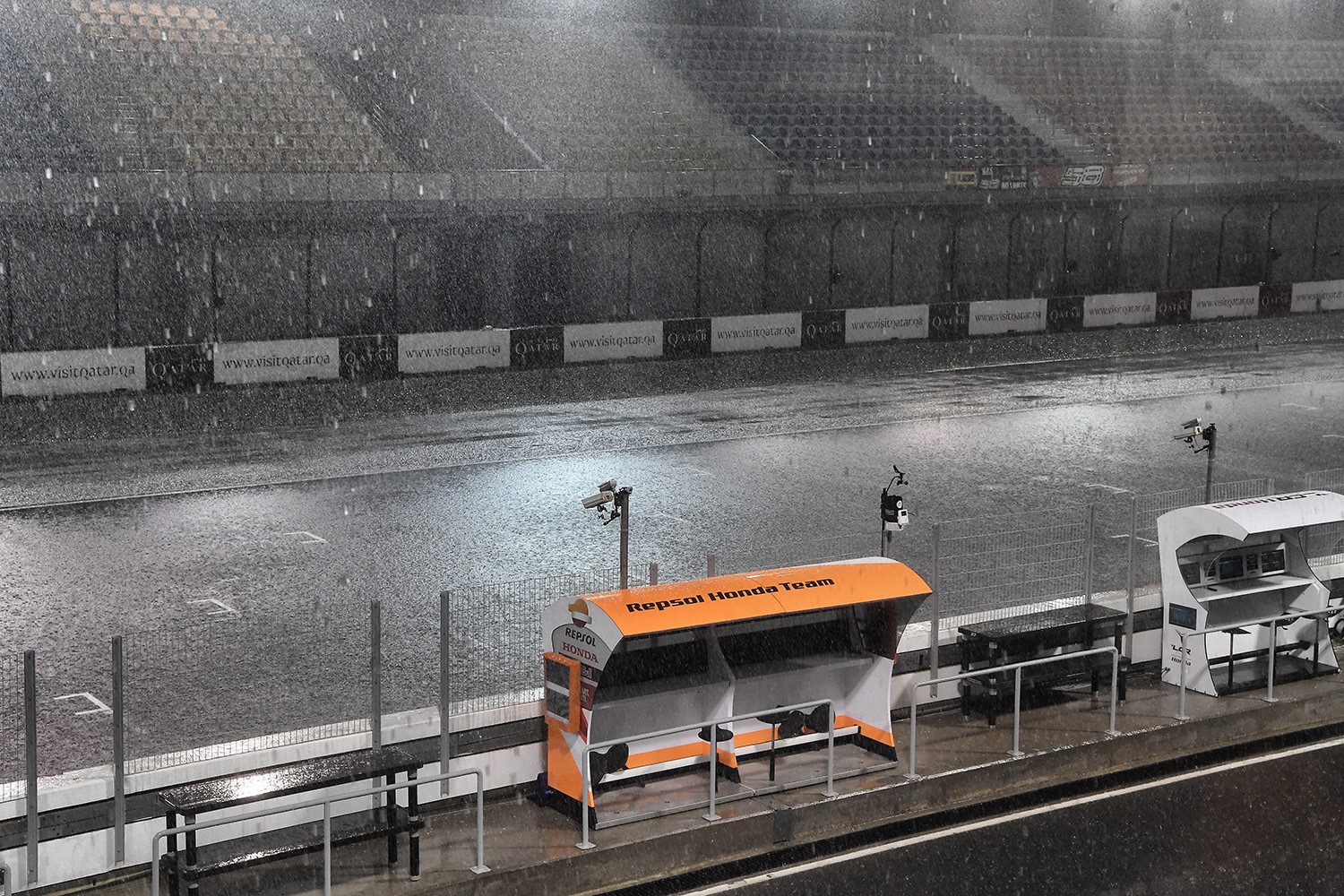 UPDATE After overnight rain, a storm and too much standing water on track at Losail International Circuit, the original timetable for Saturday at the #QatarGP saw some adjustments before the decision was taken by Race Direction to cancel track action for the day.

Track conditions were deemed too dangerous to enable riders to get out on track – and with little chance of improvement as rain and lightning began again.

So it’s combined times after the end of FP3 that will decide the grid ahead of Sunday.

Nine-time World Champion Valentino Rossi (Movistar Yamaha MotoGP) heads up Row 4 in tenth, ahead of Danilo Petrucci (Octo Pramac Racing). Jorge Lorenzo is in 12th on his debut with the Ducati Team.

03/25/17 Due to unusual weather conditions, a new provisional schedule was announced for MotoGP qualifying in Qatar.

The schedule for Saturday 25th March should be as follows, with an additional Free Practice session at 18.00 LT for the MotoGP class.

The MotoGP Extra Free Practice session will allow riders to assess the track conditions and will be followed by a Safety Commission meeting.