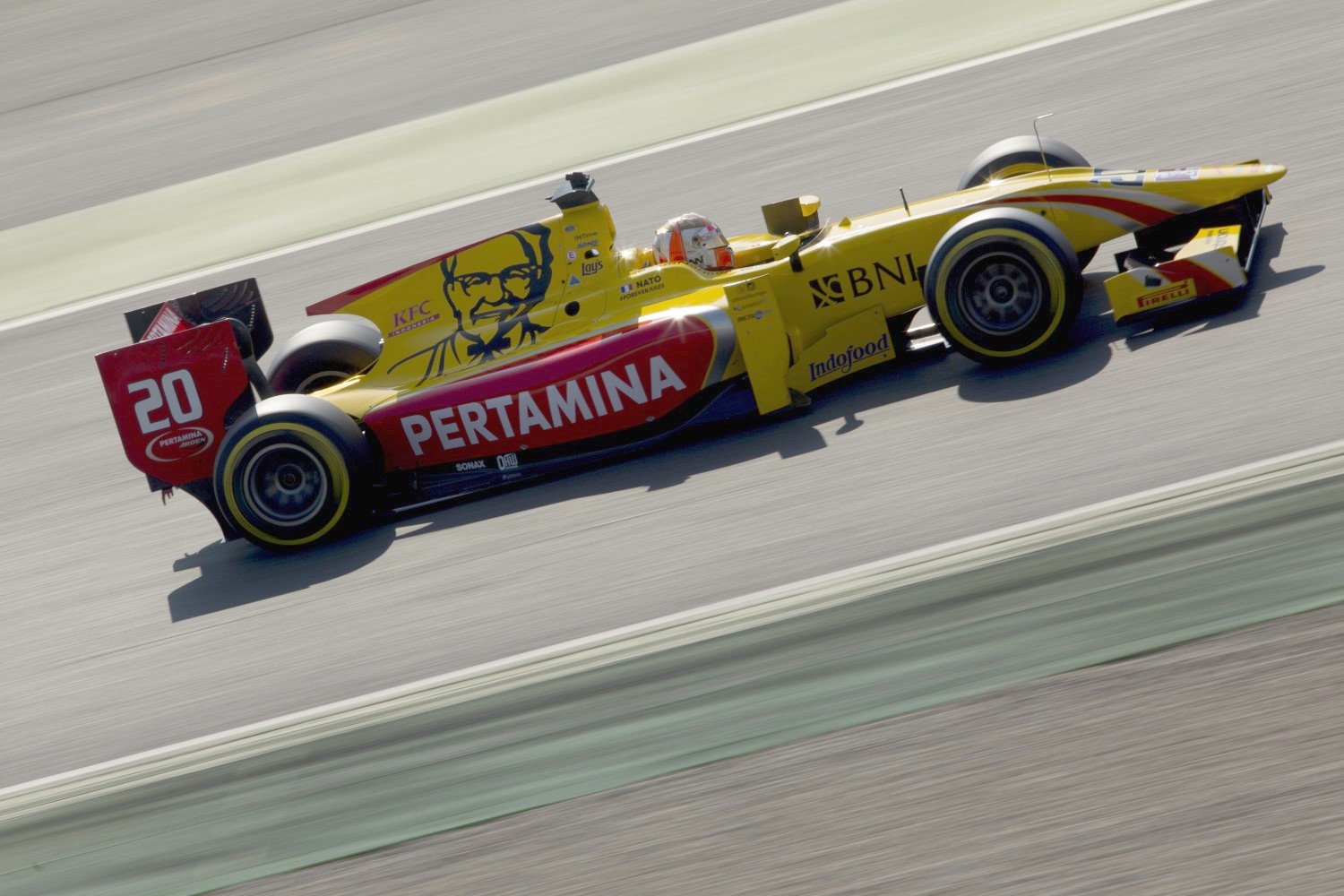 Norman Nato set the fastest time of the 3 day FIA Formula 2 Championship test when he topped this morning’s penultimate session in Barcelona, setting a qualifying style lap of 1:27.834 to take home the first pre-season bragging rights ahead of Oliver Rowland (0.054) and Alexander Albon (0.105). In the final session of the test, Luca Ghiotto stopped the clocks at 1:29.565 to top the afternoon ahead of Johnny Cecotto (0.262) and Nyck De Vries (0.426).

The day commenced under gloriously sunny conditions, and the teams wasted no time in getting their charges on track: niggles for Nato, Rowland and Nyck De Vries saw the trio stop on track, bringing out the red flags, but when the track went green the drivers all had at least one eye on qualifying later in the year:De Vries set the early pace from Charles Leclerc and Albon, with the Thai driver briefly grabbing the top spot before Nato annexed it at the halfway mark in the session, setting a target that could not be reached by his rivals, despite their best efforts, before turning their attentions to longer runs.

The afternoon session is traditionally slower than the morning in Barcelona, and so it proved once again: with most of the field again concentrated on long runs, Ghiotto set a quick lap at the 30 minute mark before following suit. But the pace picked up in the final 10 minutes, with Cecotto pushing up to P2 just ahead of Nyck De Vries as the clock wound down to zero.

With little in the way of unreliability affecting the grid, the teams will analyze their data before turning their attention to the next pre-season test, which will run for 3 days in Bahrain from 29-31 March.