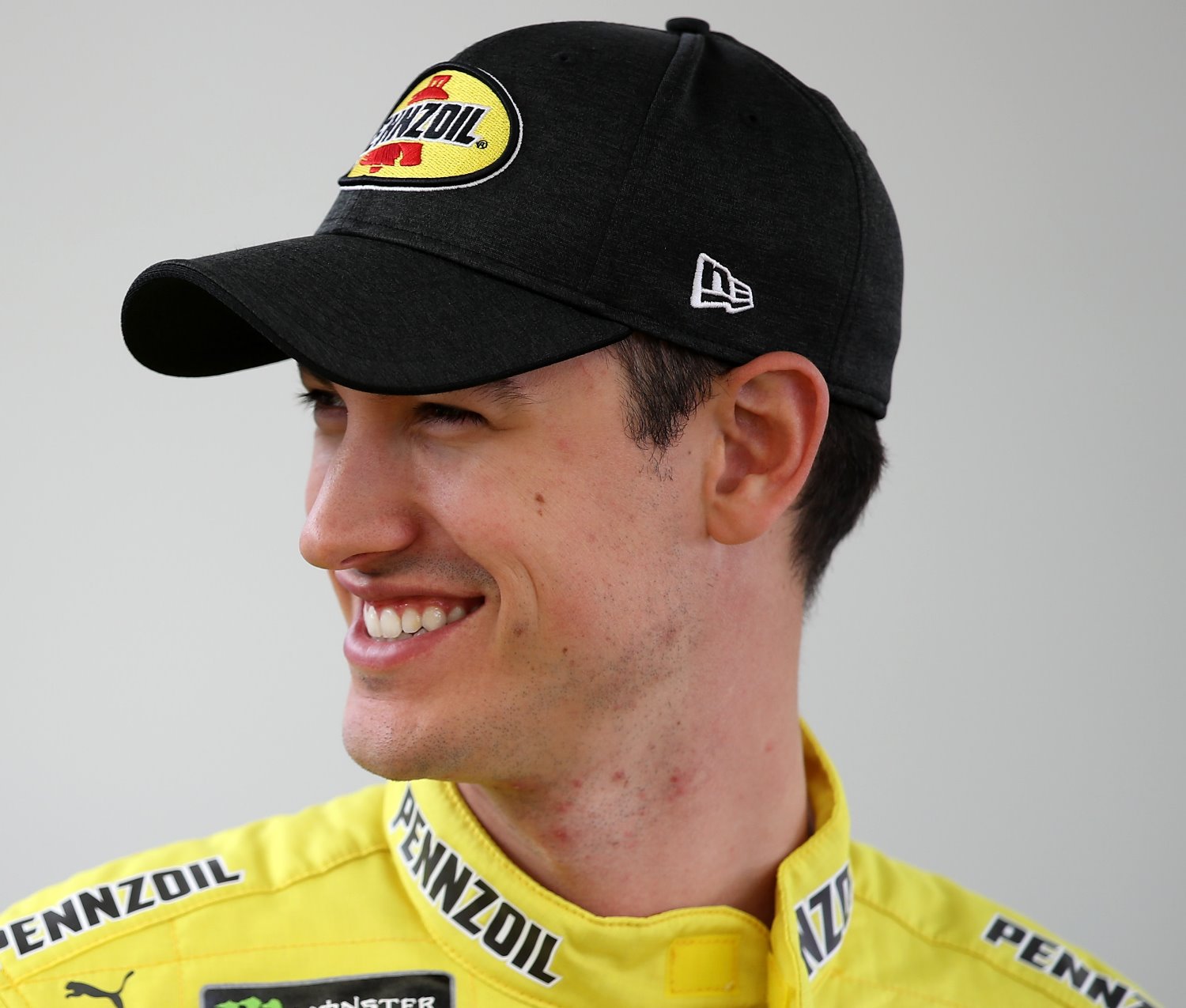 MONSTER ENERGY NASCAR CUP SERIES driver Joey Logano, who was involved in a post-race confrontation with former teammate Kyle Busch Sunday at Las Vegas Motor Speedway, joined NASCAR RACE HUB Tuesday on FS1 to discuss the incident. Logano’s appearance alongside NASCAR RACE HUB co-hosts Adam Alexander and Shannon Spake was part of his regular duties as an analyst on the one-hour program. Below are excerpts from Logano’s comments regarding the events that unfolded on and off the track with Busch:

Spake: There has been a lot of discussion on social media about whether or not the punch landed. Did it land? Did it not land?

Logano: “Honestly, [with] my ninja reflexes, I was able to just kind of lean back just enough to get past it (the punch). But no, I did not get hit."

Alexander: So, you see him coming down pit road. Then what?

Logano: “He’s obviously wearing the same color suit that I do. It’s easy to see him, so at that point I was trying to calm everything down and tell him, ‘Hey, I got loose underneath you. My bad.’ It didn’t seem like he wanted to talk much at the time. At this point, I realized that. Not the way that I think any of us wanted that to end. That’s not good, really, for any of our team partners, so the good thing is no one got hurt and everything is okay."

Spake: Have you guys spoken since Sunday?

Logano: “Yes, we’ve spoken. Obviously, we didn’t speak much there. I called him up earlier today and was able to talk to him for a little bit and at least tell him my side of the story. We’re going to have two sides to the story, like there is all the time, but really the bottom is we’re two passionate race car drivers. We’re two of the best in the sport that are going to go for the wins. We’re aggressive and we collided. That’s the part that’s … it’s tough because it’s going to happen. You want to get through it as quick as you can and try to talk it out. The bottom line is it wasn’t intentional, and we’re going to have to work through it somehow."

Alexander: How are you two going forward?

Logano: “We’ve been racing against each other for nine years and we’ve never had a problem. We’ve been teammates. We’ve known each other really well. We talk to each other a lot. I consider him a friend of mine. But in the heat of the moment when you’re competing, there’s 40 drivers out there with one goal. It’s the same goal for everyone – to go win the race. That’s the one thing. So, eventually, tempers are going to fly. We’re all type-A personalities."

Alexander (while breaking down video of the on-track incident with Logano): Tell us exactly what happened here. You’re on the inside of Kyle …

Logano: “We’re headed down the backstretch … we get to Brad [Keselowski}, we get kind of jumbled up into the corner, I try to throttle back up, got loose, got off the line, slid up into Kyle. Obviously nothing intentional there. Hard racing. End of the race. I’m trying to get every position I can. Kyle’s trying to do the same thing, as well. And we collided."

Alexander (referencing video): Kyle with a big swing left to get around Brad [Keselowski]. What are you anticipating from Kyle at this point?

Logano: “I’m already on the white line. This is very early into the corner. Really the line you want is where the 18 is and you want to come down to get a nice, wide entry to carry the speed. What this forces me to do with a shallow entry is to use a ton of brakes, slow the car down, try to get down on the line, stay on the line. As you come through the corner … I’m not where I want to be. I’m too low. I’ve gotten down too low because of the entry of the corner. I’m going to hit the apron and get loose, and I’m going to wiggle up once. He gave me plenty of room. I make the mistake by getting down on the paint too low. I’m going to get loose and this gap (between their cars) is going to get very tight, which is going to make it even harder for me to control the No. 22 Pennzoil Ford. I’m going to keep getting loose, and unfortunately, we are going to collide."

Logano: “It’s hard racing, in my opinion. We’ve raced each other for a long, long time. We’ve run over 500 races with each other, racing for wins plenty of times. It happens sometimes. You race each other very, very hard. It’s the first time something like this has happened for us. But I’m sure we’re going to find a way to work through it."