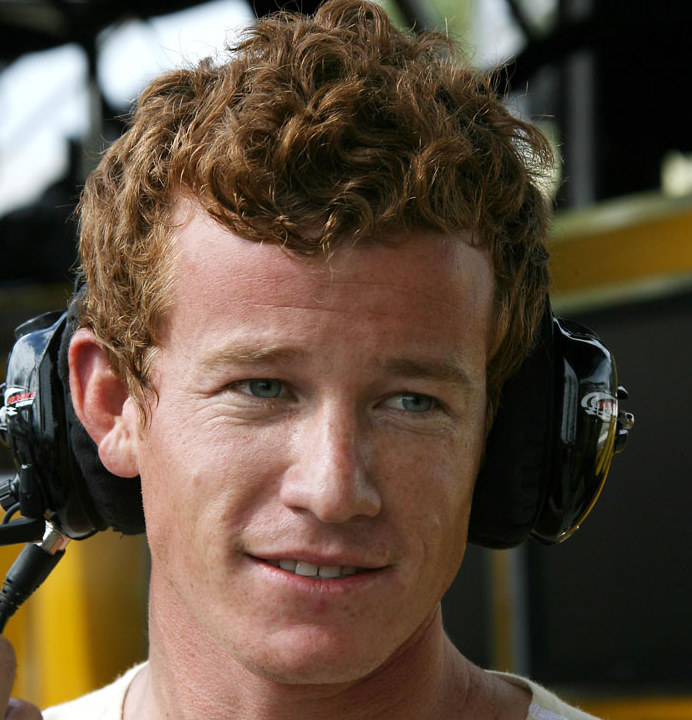 Long, 34, started third in the 24-car lineup and followed Saturday GT winner Alvaro Parente into turn one in the 50-minute sprint race when reigning GT champion Parente went wide on the slippery Albert Whited Airport front straightaway. When Parente’s No. 9 K-PAX Racing McLaren 650S slid wide at the end of the long straight, Long dove into turn one and grabbed the top position. From that point, Long never looked back in scoring his ninth career Pirelli World Challenge GT triumph and taking the early GT class point lead.

Long, who raised $81,000 Wednesday evening with co-host and St. Pete IndyCar Series winner Sebastien Bourdais for All Children’s Hospital in the annual “Karts4Kids" charity event, had to hold off the challenge late in the 39-lap GT feature of four-time GT champion Johnny O’Connell of Flowery Branch, Ga., in the No. 3 Cadillac Racing Cadillac ATS-V.R., pole sitter Alex Riberas of Spain in the No. 61 R. Ferri Motorsports Ferrari 488 GT3 and Parente. Long’s victory margin was 1.475-seconds.

The factory Porsche driver used that initial turn one move on the first lap to gain a five-car length advantage over O’Connell, the 20-time race winner in PWC, and actually extend his lead to 3.4 seconds by lap 30. A late race caution period caused by Saturday’s runner-up finish, Australian JD Davison of Miami, Fla., closed up the field and put pressure on Long’s margin. On the lap 37 restart, Patrick pulled out a 1.8-second lead before taking the checkered flag. Long currently leads the provisional GT points with 46.

“I thought that I had a (Porsche) 911 that was capable of winning all weekend," said Long. “We went back and did our homework after our P3 qualifying position yesterday and we talked about how it was going to be to go out after IndyCar. The jury was out on if the clean race track and a lot of rubber was going to bode well for us. I think we all learned what the answer was going down into turn one. It was slick and it was just a train wreck basically, cars going in all directions. Luckily I was able to learn from my mistake yesterday and keep the car on the line and from there it was just clean air and I was able to reach the potential of what I thought the car had in it all weekend. We were running pretty hard. Johnny (O'Connell) had the capability of reeling me in when he had the pressure from Riberas in the Ferrari so I was actually pushing as hard as I could. I've been with Porsche for close to 15 years, I'm still a factory driver. The head of Porsche North America asked me what I wanted to do. I said I wanted to win this championship. I wanted to come in rested and hungry like the rest of these guys that I'm up against. We have more competition than ever this year."

The popular O’Connell dodged the wild first turn mayhem and challenged Long throughout the GT event, while fighting with Riberas and Parente in a spirited battle that saw bumper-to-bumper action.

“At the start, you always expect guys to get in this Turn One hot and run a little long," O’Connell said. “Alvaro (Parente) and the Ferrari (Riberas) went way long and that opened up the opportunity for me to fall right into second. In the early couple of laps, I thought I may have had something for Patrick, but, by half distance, my rear tires were just not there. The last 90-degree corner here just does not suit our car. We are great under braking and overall handling, but, that last corner, I just couldn’t match his speed through there this weekend. I couldn’t be more proud of this team to come away with a second and a fourth place finish. A good start to the year for us."

Riberas, the young sports car star with European racing experience, was impressive in his first Pirelli World Challenge competition including a pole position and third and fourth place finishes in the return of the famed No. 61 R. Ferri Motorsports Ferrari 488 GT3. Alex moved his machine up alongside O’Connell once in turn two in an attempt for the second spot but couldn’t get by the cagey veteran.

"I went on throttle when the green flag went and I already had three cars by my side," said Riberas. “After that, the car was great. R. Ferri Motorsports guys did a fantastic job, Ferrari Competizione guys did a fantastic job. The car is magnificent. I believe we are strong enough to win this championship. The St. Pete course is hard, especially when you get really close to the walls. It's hard to get the confidence to be on the limit and qualifying was a real challenge to be on top without damaging the car. This is definitely one of the nicest tracks I've driven so far but I think I like all of the U.S. tracks so I'm looking forward to the season."

Parente came charging back from the first turn slide and pressured Riberas and O’Connell but had to settle for fourth with Cooper fifth. The leading GTA driver, Clemson University mechanical engineering student Udell, in the No. 17 GMG/Euroworld Motorsports Porsche 911 GT3 R finished sixth overall. It marked Udell’s second GTA class win of the weekend.

Following Udell on the GTA podium Sunday were Michael Schein of Glen Cove, N.Y., in the No. 16 Wright Motorsports Porsche 911 GT3 R and Mike Hedlund of Redwood City, Calif., in the No. 98 K-PAX Racing McLaren 650S. Calvert took his No. 77 Calvert Dynamics Porsche 911 GT3 Cup to a second consecutive win in the GT Cup category.

“I was able to come out clean in fourth down the straight," said Udell. “In a situation like that, survival just takes over and you just look for the open space. This year jumping up into the sprint series which is the bread and butter of World Challenge for us to this date there's obviously a lot of very strong guys – Patrick (Long), of course – and getting out there and being able to run with them is quite a good thing for me."

"It's great to be back out there," said Calvert. “It's fun to drive with drivers that are so able. When you're the slow car in the race because of class difference it's fun to race with these folks and just make sure you don't interfere with their race. It's a short track, there's a lot of cars, and it's very important to keep watching your mirrors."

All Pirelli World Challenge results are provisional until the stewards review and technical inspection are completed.

Sunday’s GT/GTA/GT Cup feature will be highlighted next Saturday (March 18) at 2 p.m. EDT on the CBS Sports Network. The Pirelli World Challenge GT and GTA classes move to another street circuit next month at the legendary Toyota Grand Prix of Long Beach on April 7-9 in Southern California for Round 3 in the 2017 tour, North America’s top GT Production-based road racing series. GT Cup competitors next hit the track in the championship-opening SprintX action at VIRginia International Raceway on April 28-30.

Of note, the following awards were issued:
The Optima Batteries Best Start award was issued to Tim Pappas in the No. 54 Black Swan Racing Mercedes AMG GT3 for his move to capture eight positions at the start of the race.
The Cadillac Best Move of the Race was given to race-winner Patrick Long for his jump at the start of the race to take the race-long lead from P3.
VP Racing Fuels Hard Charger Award was given to Daniel Mancinelli of Italy for taking the No. 31 TR3 Racing Italian Shoemaker Ferrari 488 GT3 to a sixth place finish from a P15 start, a gain of nine positions in the race overall.