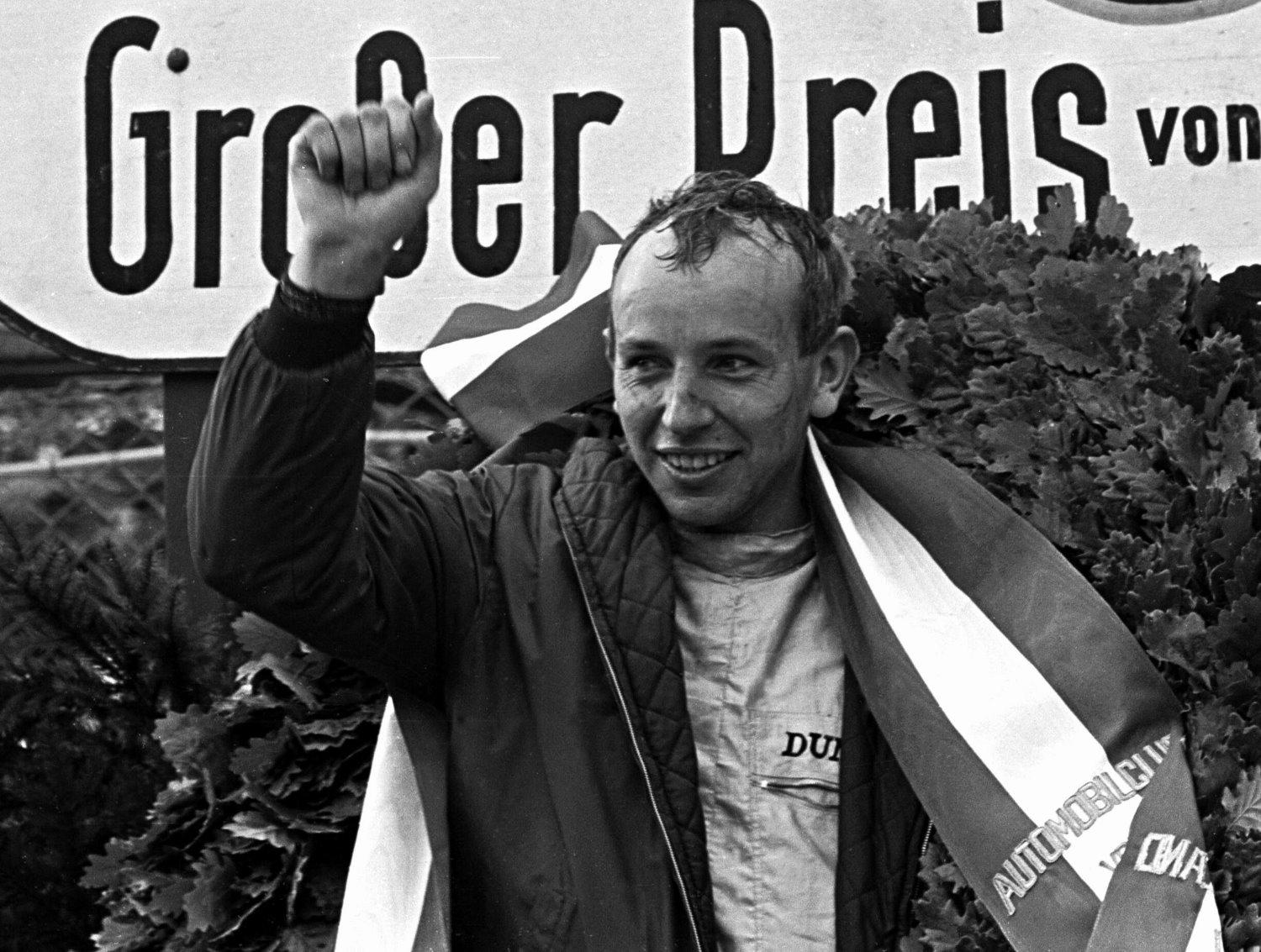 John Surtees, the only person to win premier class motorsport world championships on two and four wheels, has died at the age of 83, his family announced in a statement issued on Friday afternoon.

Surtees claimed several titles in 350cc and 500cc motorcycle categories, before switching to Formula 1 in 1960, moving up the ranks to join Ferrari in 1963.

Surtees emerged victorious in the 1964 championship before leaving Ferrari early in 1966, enjoying spells with Cooper and Honda, taking wins with both teams.

Surtees, who bowed out of the sport while competing for his own team in 1972, also finished third at Le Mans and dedicated his later life to the Henry Surtees Foundation.

The foundation, which communicated Surtees' death, was formed in memory of his son, Henry, who sustained fatal injuries in an incident during a Formula 2 race at Brands Hatch in 2009.

Surtees' passing was announced by his family on Friday afternoon.

"John, â€ª83, was admitted to St Georges Hospital, London in February with an existing respiratory condition and after a short period in intensive care he passed away peacefully this afternoon," read a statement.

"His wife, Jane and daughters, Leonora and Edwina were by his side.

"John was a loving husband, father, brother and friend. He was also one of the true greats of motorsport and continued to work tirelessly up until recently with The Henry Surtees Foundation and Buckmore Park Kart Circuit.

"We deeply mourn the loss of such an incredible, kind and loving man as well as celebrate his amazing life.

"He has set a very real example of someone who kept pushing himself at his peak and one who continued fighting until the very end.

"We would like to thank all the staff at St George's Hospital and The East Surrey Hospital for their professionalism and support during this difficult time for us.

"Thank you also to all of those who have sent their kind messages in recent weeks."