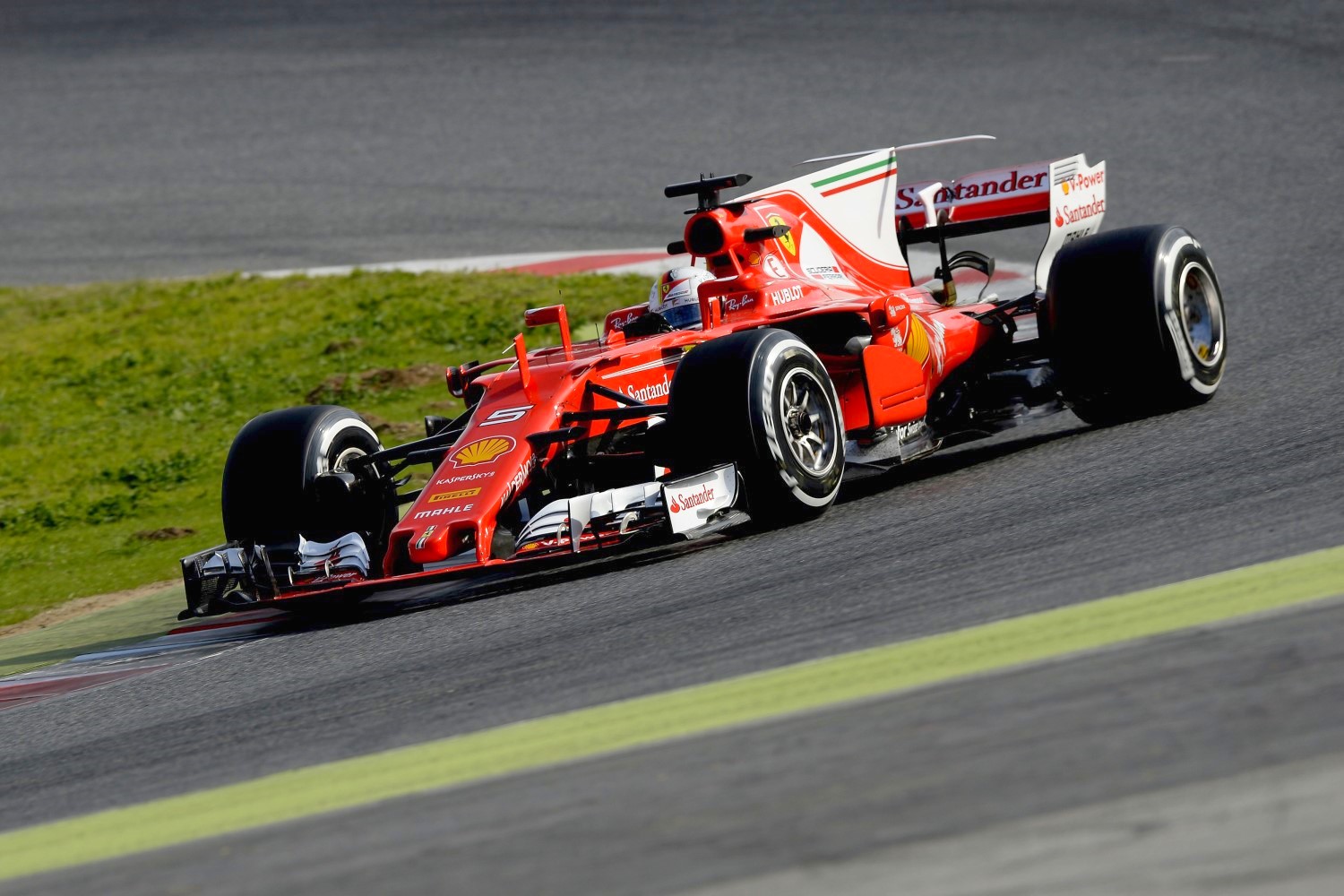 Sebastian Vettel and Ferrari ended the penultimate day of 2017 Formula 1 pre-season testing at Barcelona on with a time of 1m19.024s on ultra-softs.

Despite sandbagging from Ferrari, that was almost three tenths up on Valtteri Bottas's previous best, recorded on Wednesday.

In the afternoon the top runners focused on completing race simulations, and it was the Ferrari driver who topped the lap count as well as the times, racking up 156 laps.

Kevin Magnussen moved up to fifth in the Haas with a best time of 1m20.504s on ultra-softs.