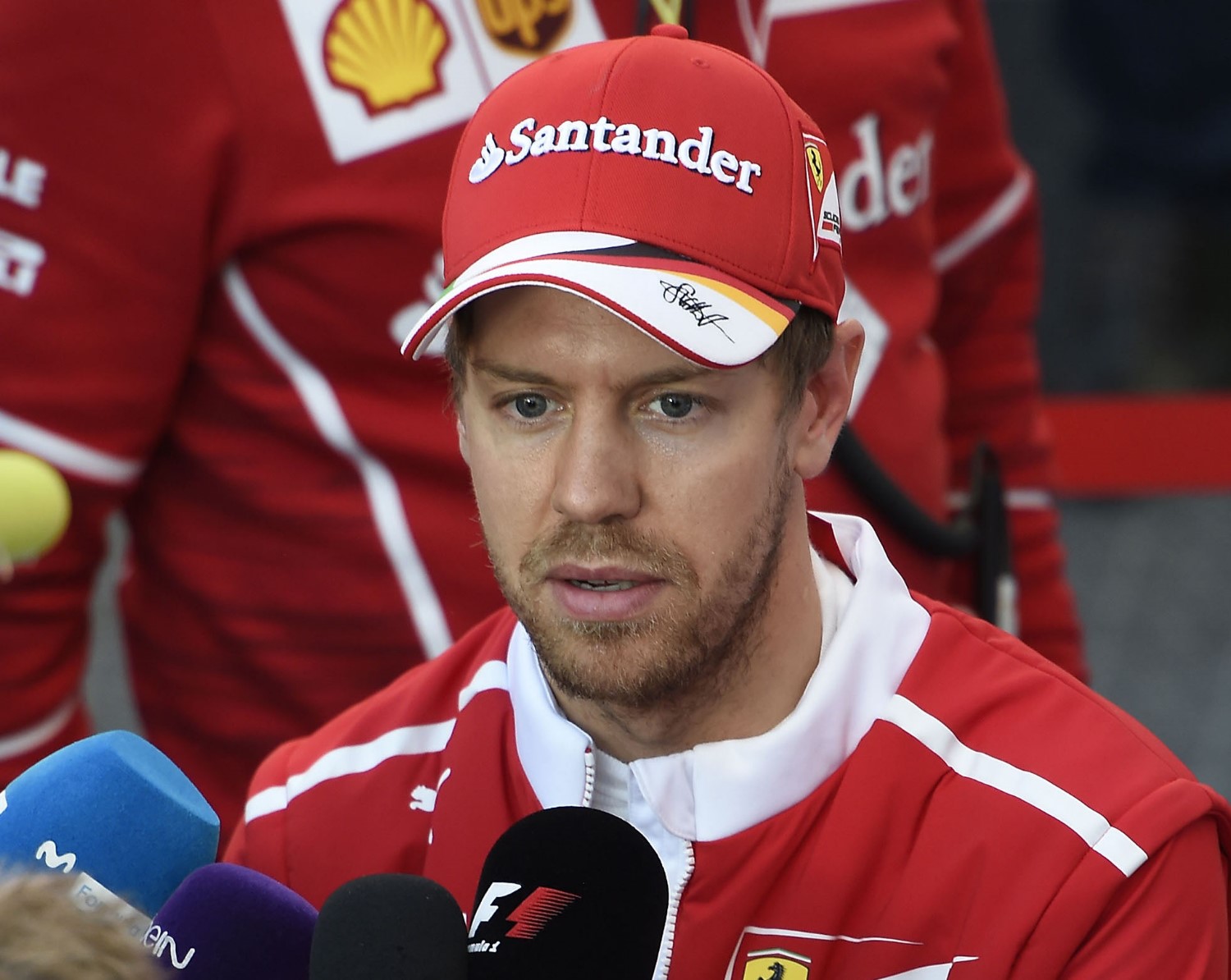 Sebastian Vettel has played down his and Ferrari's rapid pace on the penultimate morning of pre-season testing, insisting that Mercedes is still "the one to beat".

Vettel produced a series of quick times on the Soft, Super Soft and Ultra Soft compounds during Thursday morning's session at the Circuit de Barcelona-Catalunya.

He ended up with a 1:19.024 on the purple-marked rubber, the quickest time of testing so far, despite repeatedly backing off on the run to the start/finish line.

Speaking during the lunch break, Vettel said: "I think you could see this morning what we were trying to do, going faster than the rest of the week and last week – it's pretty clear.

"I feel pretty happy inside the car, but it's still early days.

"It doesn't really matter here [in pre-season testing] if you look at one single lap time, you need to look at more than that, and in that regard there's still a lot of work [for Ferrari] to do.

"We need to do more laps, we have one-and-a-half days left, I hope we can get a lot of laps this afternoon, another good feeling, and hopefully a good finish to the test tomorrow."

Vettel was keen to highlight Mercedes' long-run pace through testing so far.

He added: "If you look at the amount of laps Mercedes has done, historically how slow they were going in the pre-season tests, and how much they were able to ramp it up for the races…

"It's clear that they are very fast, if you look at their long-run pace – I think they're the ones to beat.

"It doesn't really matter where we are now; we are growing, we need to work hard, we know that we have to improve and that's why I think it's important not to get distracted right now."

03/09/17 Ferrari's Sebastian Vettel set the quickest time of pre-season testing, despite hiding some performance, while there was more despair for McLaren-Honda, during Thursday morning's session in Spain.

Early in the session Vettel flew to the top of the table with a 1:19.341 on Soft tires at the Circuit de Barcelona-Catalunya.

This was achieved despite Vettel backing off as he exited the final corner, coasting across the line, losing several tenths of a second in the process.

Vettel repeated the feat twice on Ultra Softs, winding up with a 1:19.024, the fastest time of the six-and-a-half days held so far, though without extracting the maximum through sector three.

Vettel's ideal lap time, not accounting for the laps in which he backed off approaching the finish line, was estimated to be a 1:18.781.

Lewis Hamilton was second fastest for Mercedes, with a time of 1:19.352 in the W08, winding up 0.328s behind his Ferrari rival but we know Mercedes always sandbags in preseason testing.

Esteban Ocon set the third-fastest time for Force India, a 1m20.161s on ultra-softs.

Daniil Kvyat was fourth fastest on super-softs, four tenths ahead of Daniel Ricciardo, who was 1.800s off the pace using softs on the Red Bull.

Kevin Magnussen was sixth for Haas, just 0.039s slower than Ricciardo but using super-softs, followed by Vandoorne, who at least set the Honda-powered squad's fastest time of the winter so far before his MCL32 had two more stoppages on track.