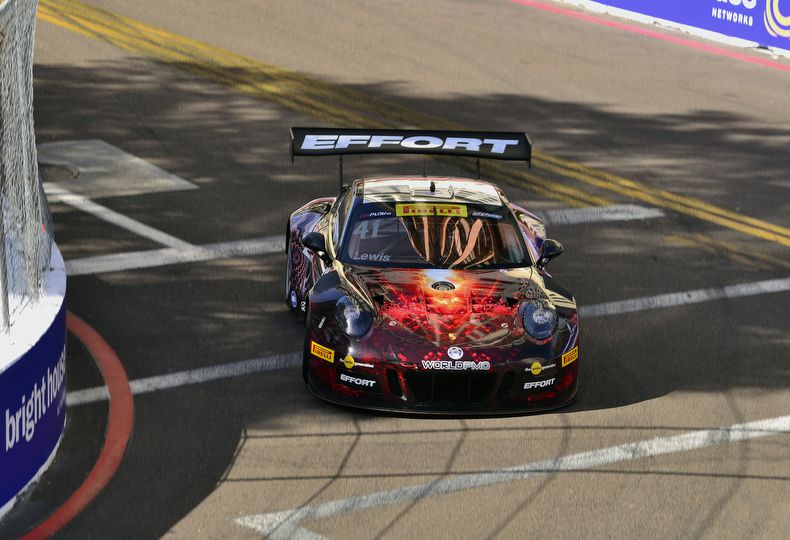 The entry list for next weekend’s Pirelli World Challenge Sprint season-opener at St. Pete has grown to 45 cars, with additional entries in both the GTA and GTS classes and further drivers confirmed.

Jorge De La Torre has been added to the GTA grid with his Aston Martin V12 Vantage GT3, for a planned full-season Sprint effort, increasing the field to nine entries.

An additional Porsche Cayman GT4 Clubsport, meanwhile, has been added for Cameron Maugeri, under the Krugspeed banner. It brings the total number of Clubsports in the GTS class up to five.

While the GT class has remained at 14 entires, a number of drivers have been confirmed, most notably Pierre Kaffer in the No. 4 Magnus Racing Audi R8 LMS.

Chinese-born USF2000 driver Luo Yufeng, meanwhile, is now listed in the No. 78 Absolute Racing Bentley Continental GT3 alongside the returning Adderly Fong in the No. 88 car, both in the GT class.

Absolute has yet to officially communicate its PWC plans for this year, although it’s understood a two-car full-season effort is planned.

Only two TBAs remain on the entry list, for both ANSA Motorsports KTM X-Bow GT4s in the GTS class.

Track action for GT/GTA/GT Cup and GTS cars gets underway on Thursday.