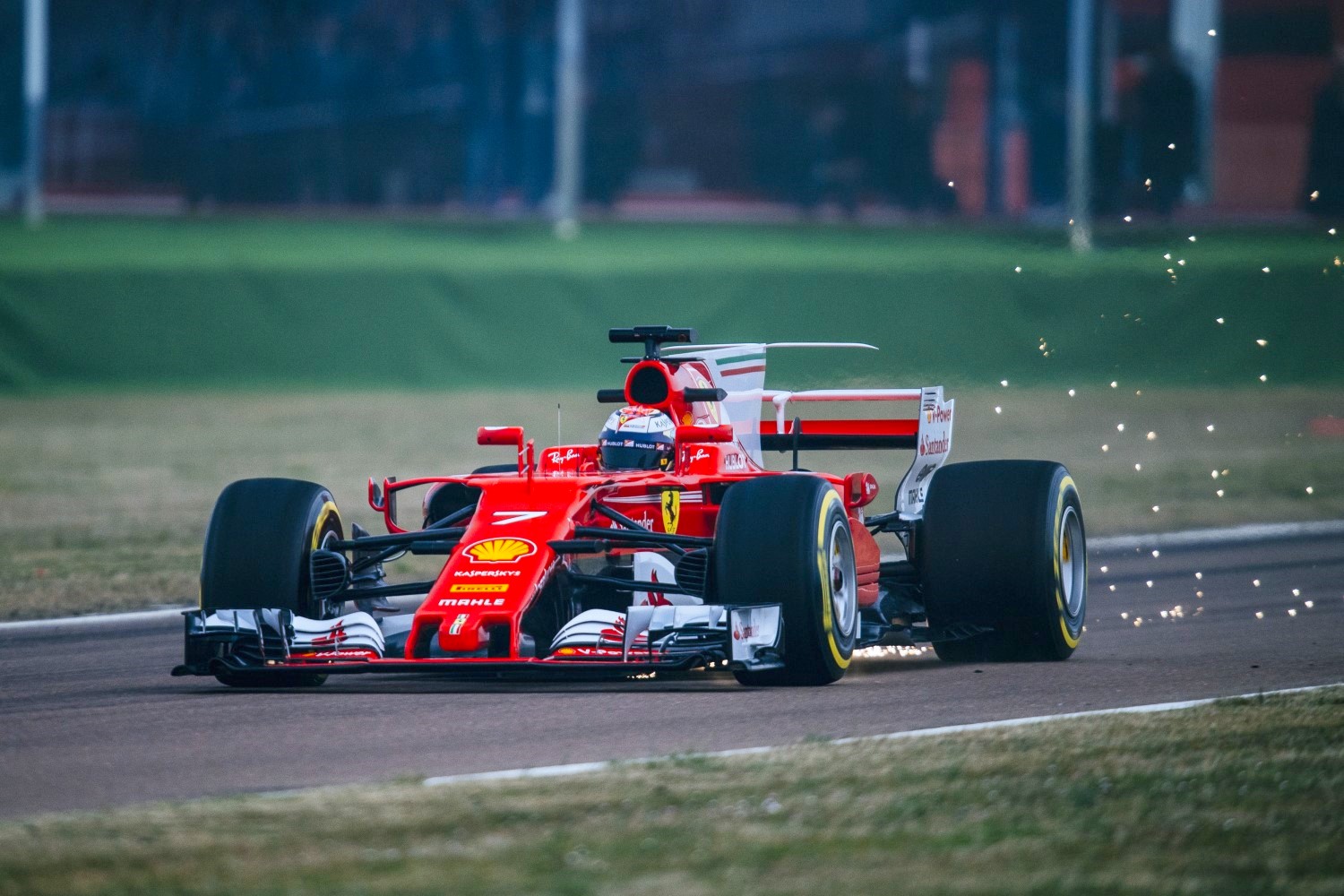 Kimi Raikkonen led the second day of Formula 1 pre-season testing at Barcelona, by just 0.023 seconds in his Ferrari over Lewis Hamilton's Mercedes. However, we know the Mercedes team is sandbagging – they always do in preseason testing.

Raikkonen set a best time of 1m20.960s in Tuesday afternoon session of soft Pirellis narrowly beating Hamilton's fast time from the morning of 1m20.983s, which was set using super-softs.

Hamilton's effort was still good enough to finish the day second overall, with Valtteri Bottas taking over driving duties for Mercedes for the afternoon.

The Finnish driver's prime focus was on completing a race simulation, his best lap of 1m22.986s only ending up seventh on the leaderboard.

Max Verstappen gave Red Bull the third best time of the day, a 1m22.600s, on soft tires, four thousandths ahead of the Haas of Kevin Magnussen, running on super-softs.

In addition to logging the most laps, Magnussen remained fast. He set the fourth-quickest time with a 1:22.204 on his 103rd lap shod on a set of Pirelli P Zero Red supersoft tires.

Esteban Ocon was fifth for Force India on super-softs, ahead of Daniil Kvyat's Toro Rosso on softs.

Lance Stroll sat out the afternoon after his spin during the morning session caused damage to his Williams.
McLaren's Stoffel Vandoorne made his first on-track appearance of the afternoon with just over two hours to go, after McLaren spent the best part of five hours replacing the MCL32's Honda engine, but only managed a further 11 laps on top of the 29 he did in the morning.

Lewis Hamilton:
Today's been a really positive day. It was an easier morning and we started off on the right foot. Yesterday, there was an element of brushing off the cobwebs, it being the first day in the car, so it took a little longer than normal to really acclimatise in the car and to find exactly where to exploit the its ability.

I didn't do a huge amount of laps today but I got a really good feel for the car. I think we've made some steps forward in development. My quick lap felt fast and tidy. We've not really exploited the potential of the car, so it's all good foundation building at this stage.

These new tyres seem to be lasting a lot better than they did previously, so I think you can push them more and fight harder, lap after lap, so that's a good step in the right direction.

I'm finding the car is much more physical to drive than in the past. It's so much faster in the corners. The force you feel on your body and on your neck is much higher. I've got bruises and bumps where I've never really had them before. Physically I feel fine though, as it's only half a day of testing. I've trained enough over the winter to be ready for more.

Valtteri Bottas:
I think it was another good test day for the team. We did so many laps again and completed all the runs that we had planned to do.

I worked on race simulations this afternoon. It was quite tricky with the windy conditions but I'm sure that we can learn a lot from the data.

I had a small off but it wasn't anything serious. I lost the rear end with a gust of tail wind that was quite sudden. This is testing – you need to find the limits.

It's interesting to learn more about the new car – not just for me personally, but for us as a team. All the set-up work we've done has been very valuable. Two more days to go – I'm looking forward to it.

Esteban Ocon:
A very enjoyable first day in the VJM10. It’s very early days, of course, but the initial feelings are positive and we found a good direction for setting up the car. The only issue was an oil leak just before lunch, but it didn’t cost us much track time and I’m satisfied with the number of laps we covered. I hope we will make similar progress tomorrow and the day after. This was my first experience of the new generation cars and I have to say they are proper beasts: the high-speed corners are very impressive and there are big gains in the low-speed corners so it’s a good step forward.

Daniil Kvyat
It was a decent first day in the car for me and we were able to complete a good number of laps, which is always the main objective with a new car. We lost a bit of track time after lunch, but this always happens in testing – it’s normal to carry out precaution checks in order to double-check everything before going out. My first impressions of the STR12 are positive – it’s fast but we obviously need to keep working hard to improve this package. There’s still a lot to discover and that’s what we will keep on doing during the test.

Max Verstappen
We had a very positive day with not too many issues and we’ve done quite a lot of laps so we can be happy. For us it’s not about showing how quick we can be at the moment. It’s the first test week and the second day, so it’s much more important to get some mileage in and to check if all the parts are okay. We’ll focus on lap time later on. The speed difference compared to the cars from last year is a good step; it’s definitely more enjoyable through the faster corners. You also have a lot more traction going through the slow corners and that was very difficult to find a good compromise with last year. But with such wide tyres and such big cars that’s a lot better now. Of course it’s more demanding but that’s what we trained for in the winter so you have to be up for it.

Antonio Giovinazzi:
It was a positive day for me, despite the issues we had in the morning. In the afternoon I was able to get up to speed running a good amount of laps. I want to thank the Sauber F1 Team again for this opportunity. Now I am looking forward to being back in the car tomorrow.