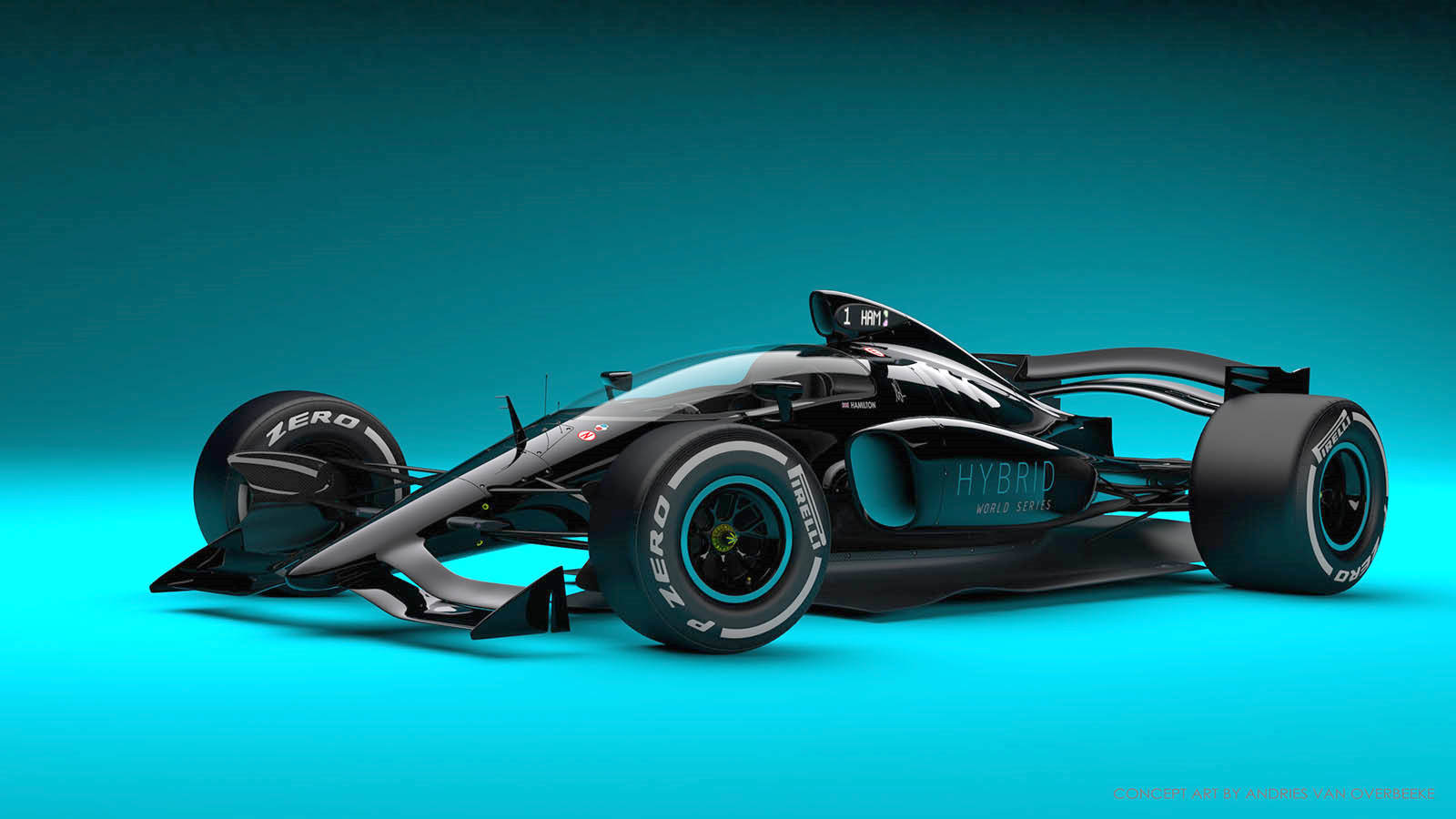 Open cockpits have been an essential part of grand prix racing for decades. That's beginning to change, though, as Formula One considers options for better protecting its drivers. What you see here is one such idea.

This concept was rendered by German designer Andries van Overbeeke based on input from one Anthony Hamilton – a name which racing fans may recognize as belonging to the father of three-time world champion Lewis Hamilton.

Anthony served as his son's manager at the start of his career until the two parted their professional ways about seven years ago, after Lewis won his first world title with McLaren.

While the “halo" design that's currently the frontrunner and the alternative "aeroscreen" were both designed specifically for F1, this proposal forms part of a different plan. It envisions a separate racing series based around this fresh design. It features even fatter tires than the rubber instituted for the 2017 FIA Formula One World Championship, a lower drag coefficient with less downforce, and a V8 engine with a hybrid electric assist channeled through all four wheels to give it all-wheel traction.

It's a sleek design, to be sure. And though it may never turn a wheel in anger, the idea of a completely closed cockpit might be worth at least considering. Carscoops