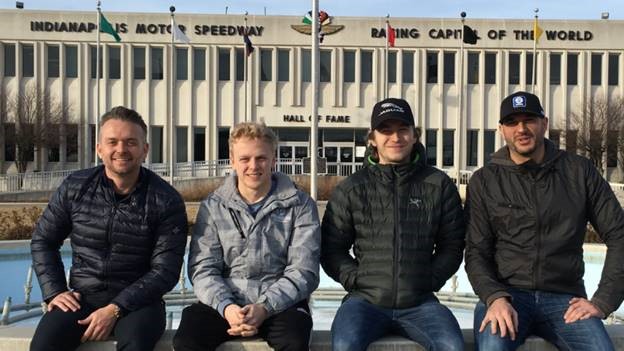 “We have assembled an elite and competitive team that is more than capable of winning the F4 U.S. Championship in 2017," said Newey.

Durrett returns to the F4 U.S. series after finishing thirteenth in the inaugural season. Durrett earned points for Primus Racing and Durrett Racing Group. Forcier comes back for a second-chance to earn FIA Super License points after barely missing the points cut-off during his first season of open-wheel racing. Forcier finished ninth in points.

The last two seats filled by IMG are rookies to F4 U.S. but the pair have earned their share of victories in formula racing. Khristov participated in the 2015 Bertil Roos 5 Day Road Racing School and the 2015-2016 Skip Barber Winter Series. He holds the track record for the Lucas Oil Formula Car Race Series event at NOLA Motorsports Park in New Orleans. Archinaco participated in eight races of the 2016 Lucas Oil Formula Car Race Series in 2016, including his first career win at Lime Rock Park. Archinaco finished second in series points.

“The team IMG has established for the 2017 season is world class," said Archinaco. “We’ve all raced each other in amateur series and now have the chance to push each other as teammates racing for the championship."

IMG held its first test of the season earlier in February and will travel to NOLA Motorsports Park Feb. 25-26 to participate in the first official F4 U.S. series test.