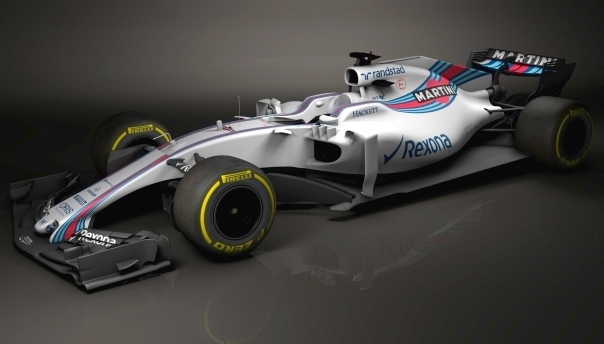 Williams has become the first Formula 1 team to reveal images of its 2017 challenger, the FW40, named in recognition of the outfit's 40th anniversary, as the sport prepares to enter a new technical era.

Williams was the only team yet to announce any launch plans, but a rendered video, and photos, surfaced on Friday, presenting the car that will be driven by Felipe Massa and Lance Stroll this year.

Formula 1 lap times are expected to be three to five seconds quicker during the upcoming campaign, depending on the circuit, through the introduction of revised aerodynamics and wider Pirelli tires.

Pirelli's 2017-size tire testing, with special mule cars, offered a glimpse of the potential changes, before Perrinn, an open-source team, presented a prototype design, based on the 2017 regulations.

Williams has now given the first full look at a 2017-spec car and, although its recent Martini-inspired color scheme remains, the impact of the regulation overhaul can be clearly seen on the FW40; the most striking changes are the longer nose and wider front wing, and much lower, reshaped rear wing.

Williams plans to "officially release" its new car on February 25, shortly before testing.