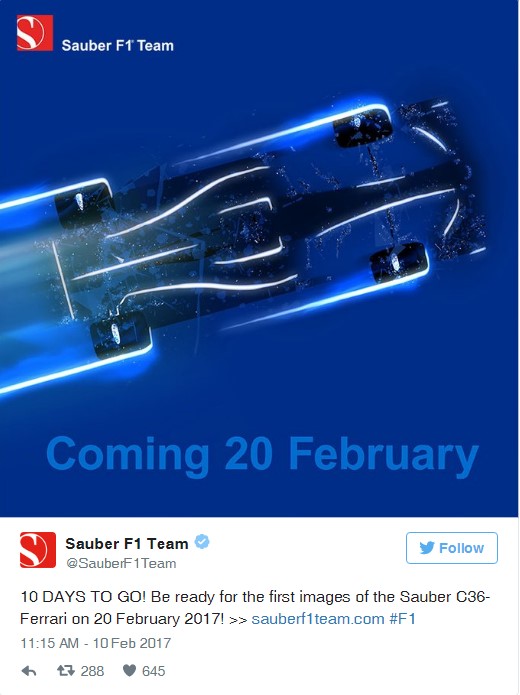 Via twitter Sauber has announced that it will present its new car, the C36, on February 20.

Sauber had already outlined plans to run the car, which will be powered by year-old Ferrari engines, at the Circuit de Barcelona-Catalunya on February 22, with its full launch plans to be determined.

It has now settled on a date, which is the earliest of the launches confirmed so far.

Red Bull, Williams and Haas are the only teams yet to announce launch dates.