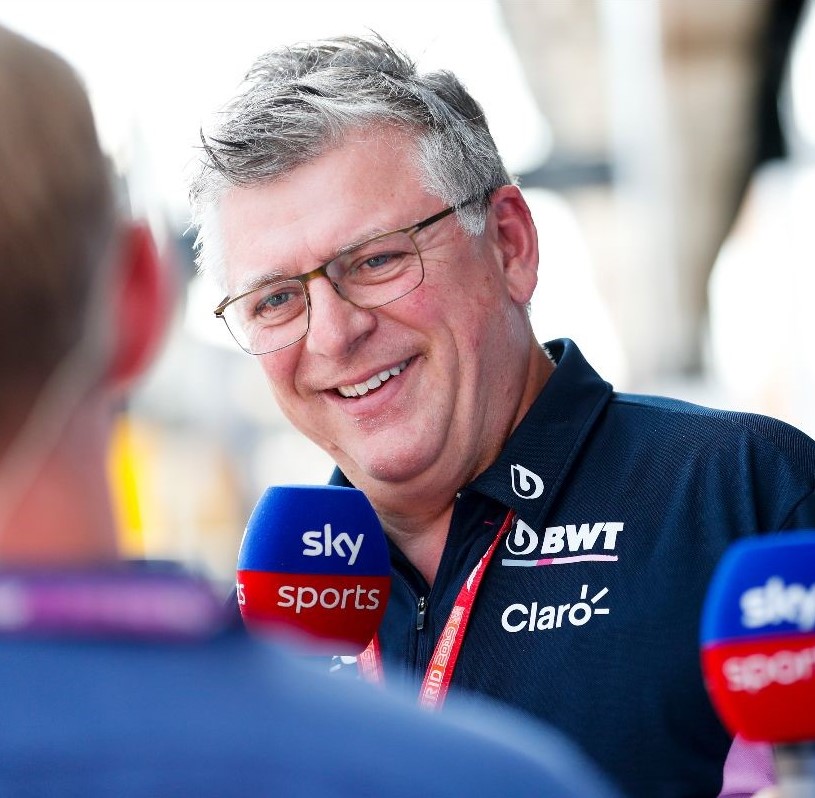 Otmar Szafnauer is the Chief Executive Officer and Team Principal of the Racing Point F1 Team. In a little over two-and-a-half years, Racing Point will have risen from the ashes of Force India. It’s a remarkable, feel good story and a huge project, the scale of which is keeping Team Principal Otmar Szafnauer incredibly busy despite the championship being in lockdown amid the coronavirus pandemic. Szafnauer has a lot on his plate. The team’s billionaire owner Lawrence Stroll is ambitious and has set some lofty targets, the squad is embarking on a impressive new factory project and the team is upscaling internally, both in terms of personnel and infrastructure capabilities.

With the factory shutdown having now been lifted, is it simply business as normal at Silverstone?

While the shutdown has indeed been lifted, we’re by no means taking anything for granted. So, to answer the question directly, it’s not business as usual – it’s business tailored to the new normal we now find ourselves in. We must continue to be vigilant in our effort to curtail further the spread of the virus – protecting the health and well being of our teammates and those around us in the process. The situation continues to evolve and we’re ready to adapt as required.

How much work has gone into preparing the factory – and indeed the business – for the return of the workforce?

A huge amount of work has been carried out to prepare both our Silverstone factory and Brackley offices for a return to work – we’ve gone above and beyond the government advice in making our factory a safe place to work. We obviously need to adapt to a new way of working and we believe the measures we’ve put in place will ensure that everybody can work safely and efficiently.

What measures have been put in place to safeguard team members at the factory?

[adinserter name="GOOGLE AD"]We’re taking all necessary measures to reduce any likelihood of exposure to the virus. It’s a long list, implementing specific entry and exit routes, testing and temperature checks, provision of PPE, staggered start, finish and break times, and so on. We’re also continuing to follow government guidelines by only asking those employees who cannot do their jobs remotely to return to the factory. By initially limiting the number of staff on site, we can make the environment safer for those who do need to come in.

What message do you have for those returning to work – and indeed to those who have continued working in a remote capacity to keep the team operational?

Seeing the factory re-open is a boost for everybody and an important step closer to going racing again in July. Obviously, we’re all keen to get back to doing what we love – but keeping our teammates safe and our facilities free from coronavirus is the absolute priority. A great deal of time, thought, and effort has gone into achieving that goal and will continue to do so. To those involved in that process, I extend my deepest gratitude. To those returning, I recognize their commitment as always and assure them that we’re doing everything in our power to keep them and their loved ones safe and healthy.

The revised European calendar has just been announced – starting with a double-header at the home of the team’s Title Partner, BWT. How pleased are you personally to be getting back out on track?

First and foremost, on a personal level and on behalf of the team, I applaud the work that has been done by all stakeholders over the past three months to get us back racing. Safety is paramount and we’re all treating our return to the racetrack responsibly. While clearly it won’t be the same without the fans in the grandstands – and we’ll sorely miss their enthusiasm and support – it’s entirely sensible to start the season behind closed doors. Doing so in Austria is particularly positive for us as a team given our ties to the country with BWT, so we’re very much looking forward to it.

It’s looking like a busy few months ahead, to say the least. Do you have any concerns about the impact this busy schedule will have on the team?

It’s going to be an intense few months for us all. But a great deal of thought has gone into this calendar from all relevant stakeholders – including the teams, Formula 1, the FIA, the circuit owners and so on. We’re all in agreement that the proposed plan is manageable and, knowing what I know of our team, they’ll relish the challenge. At the end of the day, we’re all racers. This is our passion and we’re excited to get back to it.

Are the team at all apprehensive about traveling to races and operating at close quarters in the paddock whilst coronavirus is still prevalent around the world?

I think it’s going to feel strange for all of us to be getting on an airplane, flying to a different country and heading to a racetrack after such a long time away. The setup when we get to the paddock will feel very different too initially, I’m sure – but just as we’ve all adapted to this new normality at home, I’m confident we’ll do so on the road. The processes and procedures we’ve implemented to keep everybody safe at the factory will apply just as stringently, if not more so, at the racetrack, so we’re in the best shape we can be.

Some significant developments for the sport have emerged from the latest World Motorsport Council meeting. Is the team pleased with the outcome of those conversations?

Absolutely. I believe the decisions we’ve reached as a collective between the teams, Formula 1 and the FIA have put the necessary processes in place to make the sport more financially sustainable and do so over a timescale that’s achievable for everybody. Ultimately, it’s in all our interests to keep all the teams in business and to continue providing great racing for the fans.

Since the very beginning, this team has built a reputation for punching above its weight. Are you confident even greater things can be achieved with a theoretically more level playing field under the new cost cap?

We’ve always enjoyed that underdog reputation and we’ve made some fantastic memories along the way. Now, though, we’re looking to the future and building a new legacy worthy of the Aston Martin name. These new financial rules give every team a more equal shot at achieving their potential and that can only be a positive thing for the sport. The future looks bright and our absolute aim is to be at the very sharp end of that future.

There has been a lot of speculation linking a variety of drivers to the team for next year’s campaign. Can you confirm the team’s position on its driver line-up for the 2021 season?

It’s certainly been an interesting few weeks in the driver market, with some headline-grabbing moves out there. I’m sure it’s kept the fans entertained and the media busy – but from our perspective, the headline for next season is the name above the factory doors rather than the names in the cockpit.