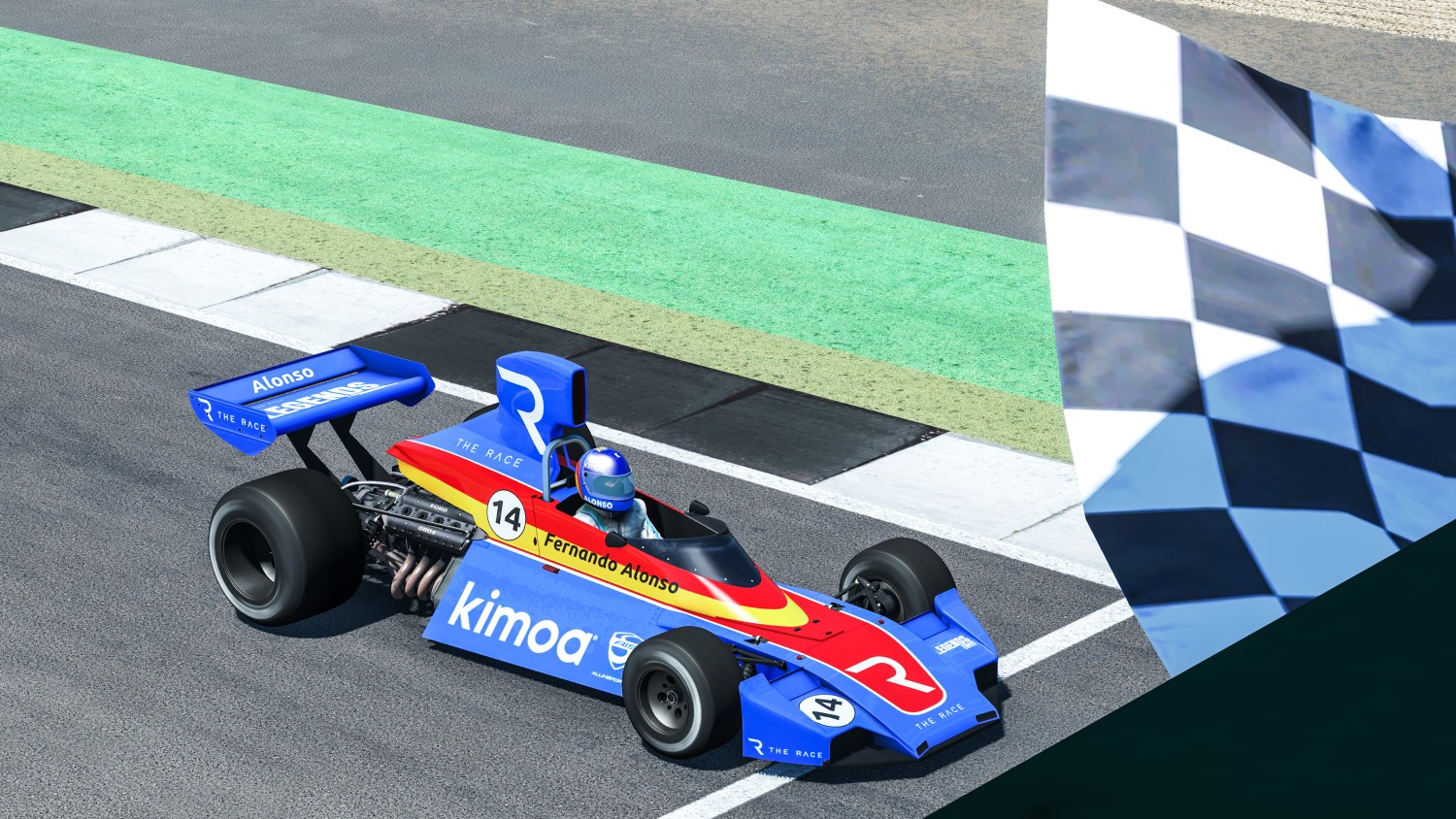 While the Spaniard followed up his Indianapolis victories from last week with another pair of wins at Silverstone today, his former McLaren Formula 1 teammate Jenson Button was able to claim the Legends Trophy championship with a second-place finish in the opening race.

Today’s event on the rFactor 2 virtual version of the Silverstone Grand Prix course was the championship decider for not only the Legends Trophy, but the Pro Cup and Sim Masters competitions as well.

Alonso started from pole and dominated the opening event to win with Button finishing second and Jan Magnussen taking third. In the reverse grid race, the Spaniard charged from the back of the pack to fourth on the opening lap and then chased down Michel Jourdain Jr. (who he had contact with) and Dario Franchitti to take the lead. Franchitti crossed the line in second, ahead of Juan Pablo Montoya.

“When I made my debut three weeks ago I had also just had my sim rig installed," Alonso said.

“It was a bit of a mess and the car is tricky and difficult to drive for the first time. Obviously Silverstone I know very well the track and that was an advantage for this weekend."

Button’s championship victory earned him a US $25,000 charity donation which he has pledged to “No Kid Hungry" – a national campaign run by Share Our Strength, a nonprofit working to solve problems of hunger and poverty in the United States and around the world.

“It's been a lot of fun over the past month. Also, driving two cars, both the Brabham and then the Indy car, that was pretty awesome," Button said.

“At Silverstone I did struggle to get the car working a bit with the long corners and the understeer in the car. Even so, the first race was still pretty good and that last race, I got spun around in turn one, so I was basically last on the opening lap.

“Fought my way through and I came up behind Emanuele Pirro at turn one and he had a car in front of him that braked early so I ended up hitting him and spinning him around. So, that's why I slowed down the last lap. I figured it was only fair to give him the position back.

“The first race, Fernando was just quick and that's why he won. In the second race, he was staying out of trouble. Normally, when you're fighting for the championship you take it easier on lap one, but this one I just hammered at it and got it wrong in turn one.

“Dario (Franchitti) gave him a good run for his money! That was really good to see."

Aston Martin Racing was able to defend its team’s championship lead over Mercedes-AMG Petronas Esports to take the crown while its driver Nicki Thiim came away with the driver’s championship after a fraught final race.

Previous points leader Esteban Gutierrez won the opening race but struck technical issues prior to race two and couldn’t make the start. After a third-place finish in race one, Thiim had to charge his way through the pack in the reverse grid race to finish better than 10th to claim the title.

A dramatic crash on the penultimate lap pushed Thiim into the top 10 to give Aston Martin Racing both the driver’s and team’s titles.

“It's surprising how good this feels! You really have to work hard, especially with the calibre of the drivers taking part," Thiim said.

“If you don't practice, you have no chance. We worked hard to be ready for the final and the first race went to plan with a 3-4 finish. We needed to race through the field in the second race and that has been our strength so we were feeling good.

“It was really unfair for Esteban (Gutierrez) that he could not start, but still with all the crashing in the first laps it was not easy! The last couple of laps the engineer was keeping me updated so I knew what I had to do. It was great to finally win it."