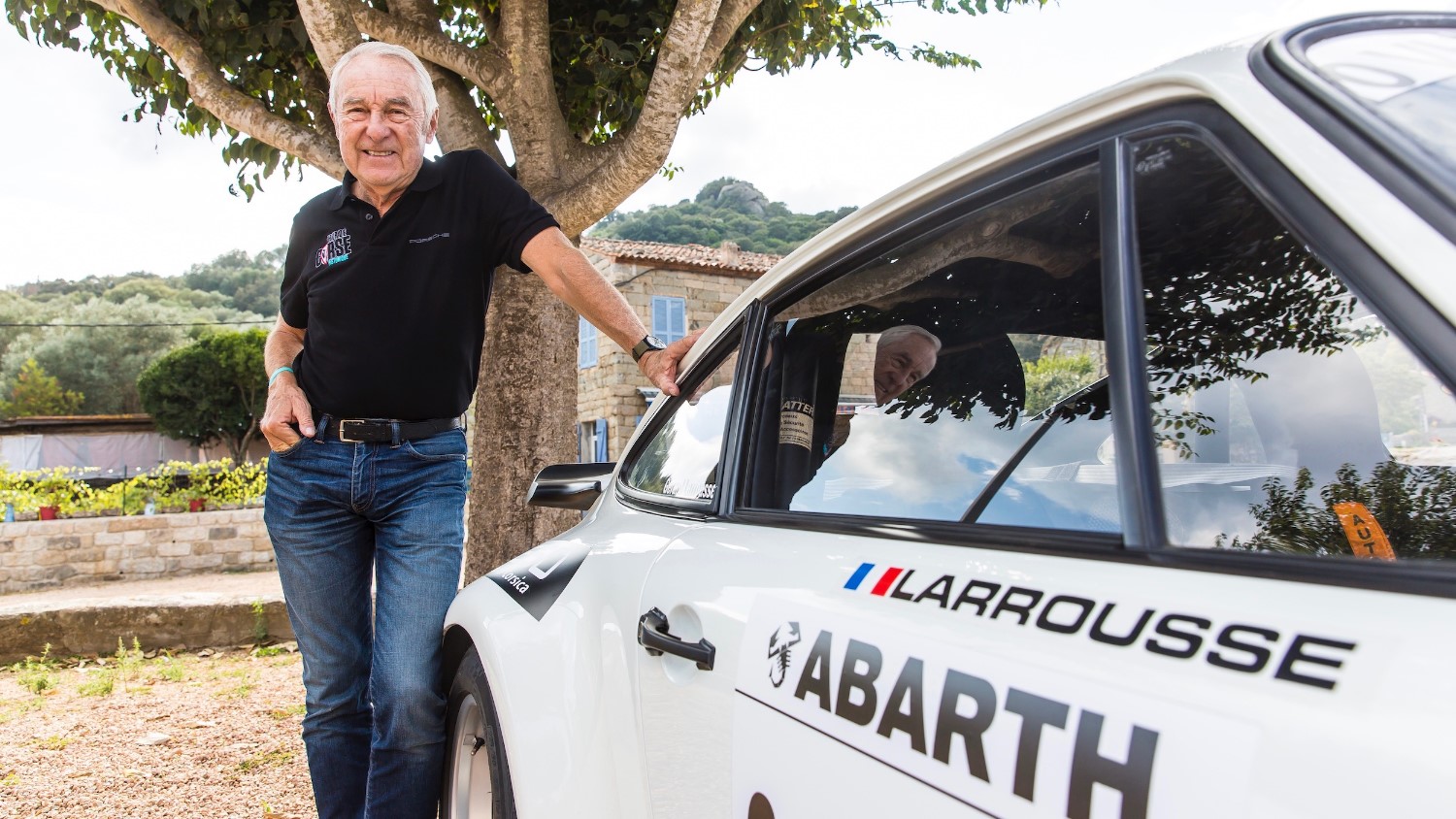 Gerard Gilles Marie Armand Larrousse was born in 1940 in Lyon, where his father ran a textile factory. “I was fascinated by motorbikes and sports cars from a young age but my family had other plans for me. For my father, cars were mainly a means of transport," he reminisces. When he was 21 and still a student, he attended the Ecole Superieure de Commerce de Paris and took part in his first rally in France. After completing his studies and military service, Larrousse decided in 1966 to make racing his career.

“My first job was as official works driver at NSU France. After that, I drove for Automobiles Alpine for two successful years," he says of his early days as a professional racing driver.

In 1968, Gerard Larrousse almost prevented the first Porsche win at the Monte Carlo Rally. With a Renault Alpine 1300, he was a major opponent of Porsche works driver Vic Elford in a 911 T. Only when spectators shoveled snow onto the track on a special stage did Gerard lose control of the car and have to give up. However, in some way, Larrousse still won.

[adinserter name="GOOGLE AD"]When Porsche’s chief engineer Peter Falk approached Elford a little later and asked him who the best French racing driver was, he answered: “That would be Gerard Larrousse." This is how the fast man from Lyon was appointed to the Porsche works team in November 1968.

The 1969 season started with the Monte Carlo Rally. In his first race, Gerard Larrousse came second behind Bjorn Waldegaard. In the end, he not only won the Tour de Corse in the 911 R that year, but also the Rallye Neige de Glace and the Tour de France d'Automobile stage race, where he proved his all-round talent together with Maurice Gelin.

Gerard Larrousse: “The race took eight days. It was a mix of rally and hill climb, and drivers had to be skilled in both disciplines. But only a very few were skilled in both, among them Vic Elford who opened the door to Porsche for me."

Gerard Larrousse also lived up to his reputation as a fast all-rounder when he finished in second place at Le Mans in 1969. Together with Hans Herrmann, he lost the tightest finale of all time by 120 meters at Le Mans. In 1970, he was again placed second in the endurance classic in Sarthe, this time with Willi Kauhsen and behind Herrmann and Richard Attwood.

In the same year, he came third in the Tour de France Automobile with the 911 S 2.4 “Tour de France" in the yellow and red hippie look just behind two Matra Simca prototypes. “I drove the lightest 911 ever built by the factory. It weighed 789 kilograms," says Larrousse. Originally, the 911 weighed 800 kilograms but Larrousse offered the mechanics a bottle of champagne for every kilogram they could save in a bet.

Larrousse enjoyed his greatest successes at the side of Vic Elford who became a long-time friend. In 1971, they won the 12 Hours of Sebring in a 917 as well as the 1,000 kilometer race at the NÃ¼rburgring in a 908/03 Spyder. At Porsche, Larrousse became known as a genuine all-rounder with the nickname of “the gentleman from Lyon" – straightforward, correct and one of the fastest in the world.

In the end, Gerard Larrousse earned two well-deserved victories at Le Mans. In 1973 and 1974, he won the race for Matra-Simca with his French compatriot, Henri Pescarolo.

As the Renault racing team manager, he led the French car manufacturer to victory in the 24 Hours of Le Mans ahead of Porsche and then in the Formula 1 where Renault won its first Grand Prix in 1979. In 1986, in collaboration with French lawyer Didier Calmels, he established his own Formula 1 team under the name Team Larrousse Calmels.

Gerard Larrousse has continued his close involvement with Porsche, and became President of the 24 Hours of Le Mans drivers’ club in 2008.

As an ambassador of the Porsche brand, he is a sought-after contact for journalists, in particular for historic driving events. For instance, in 2017 when he and his friend Vic Elford competed at the 17th “Tour de Corse Historique" in a 911 SC RS for the Porsche Museum.

Gerard Larrousse is now retired and lives in Marseilles, active and happy dividing his time between riding his bike, playing golf and his automobile activities.