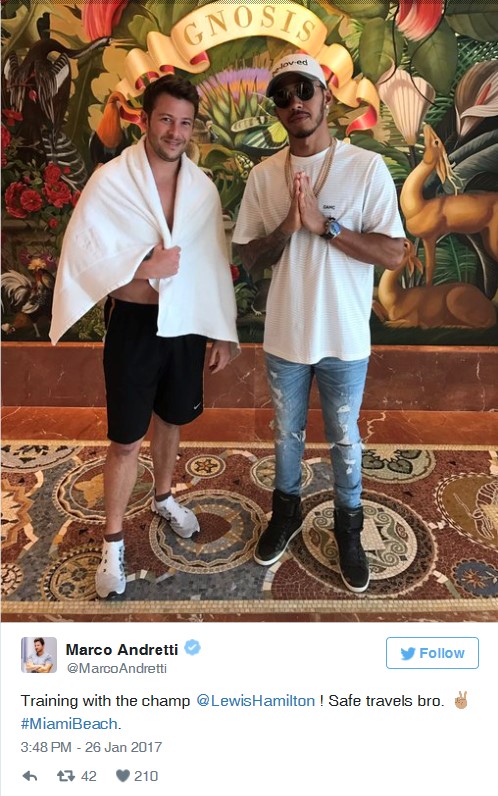 Marco Andretti is apparently preparing for the start of the Verizon IndyCar Series season with Andretti Autosport by getting a few tips from three-time Formula One world champion Lewis Hamilton.

Hamilton has shown up in Andretti’s social media feeds before and, a few days ago, they were hanging out in Miami. They are both bulldog dads, so maybe they’re bonding over that, too.