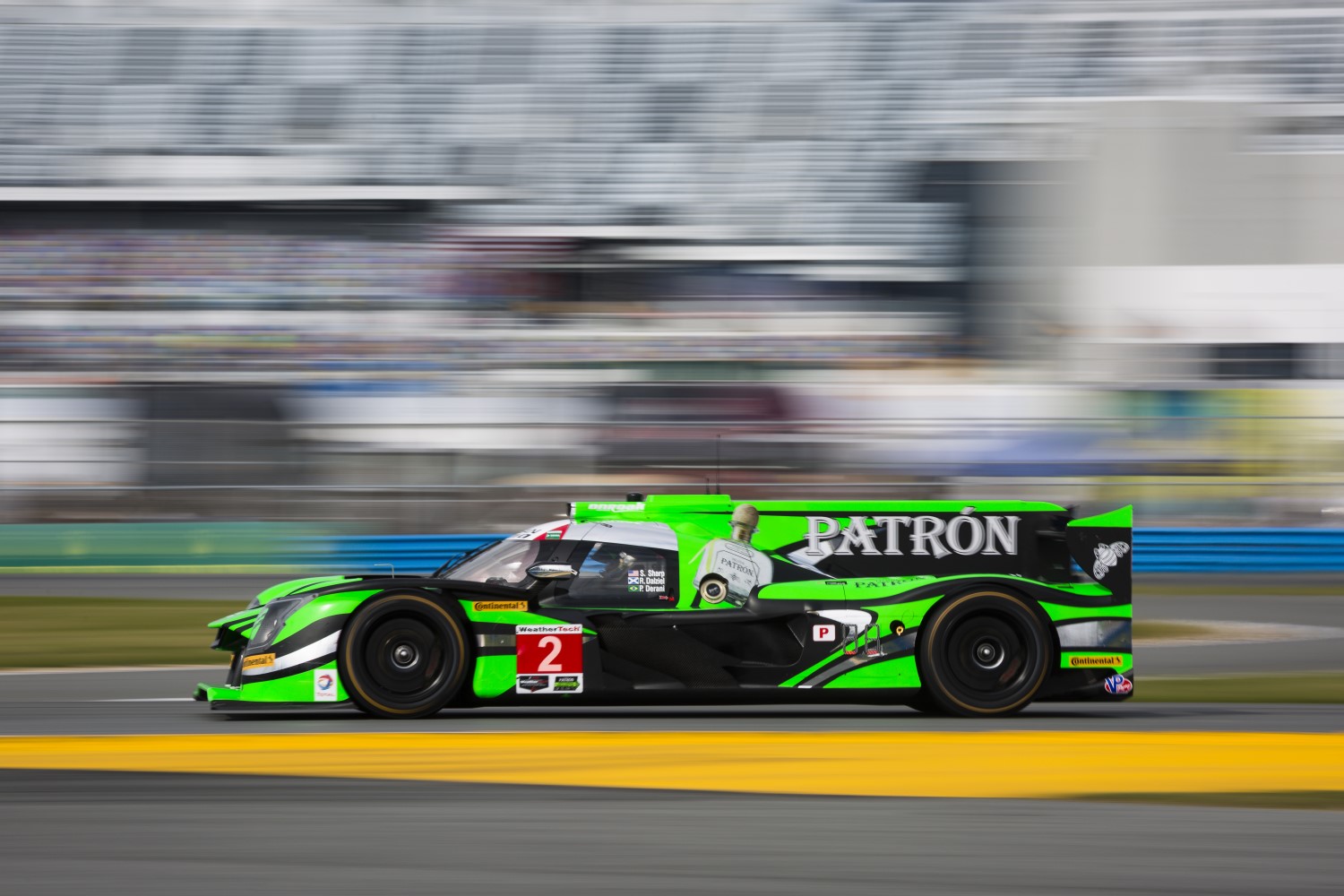 Despite the rain, which was torrential at times, very difficult track conditions, a raft of neutralizations and various race incidents, the three cars built by Onroak Automotive crossed the finishing line in fourth, seventh and ninth places in the top category 'Prototype'. This performance is proof of the reliability of the constructor's chassis and is a very encouraging result for forthcoming races.

The legendary Rolex 24 at Daytona hosted the opening round of the 2017 WeatherTech SportsCar Championship and its blue-riband prototype category, which attracted of a raft of new models so entrants and spectators were all entering unknown territory. There were 55 cars on the grid including twelve prototypes comprising seven DPIs (three Cadillac DPIs, two Mazda DPIs and two Onroak Nissan DPIs) complying with the new IMSA regulations, and five 2017 LM P2s (one Ligier JS P217, one Multimatic-Riley and three Oreca 07s) powered by the Gibson Technology V8 engine conforming to the ACO-FIA regulations.

Onroak Automotive brought a transporter full of spare parts to Daytona and some 10 people were present at the event. The constructor's mobilization as well as that of Hewland meant that it was able to meet the needs of the Tequila Patron ESM and PR1/Mathiasen Motorsports teams in terms of spare parts and technical assistance during practice and the race.

The teams had to cope with particularly difficult conditions all weekend as it rained for a large part of the 55th staging of the Florida classic. The race was punctuated by numerous neutralizations and there was no rest for teams and drivers.

Tequila Patron ESM, winner of the previous year's race with the Ligier JS P2, finished just shy of the podium after putting on a great performance. Faced with the searing pace set by the Cadillac DPIs and having done very little testing before the first race, the American team not only proved the reliability of the new Onroak Nissan DPis, but also gave a glimpse of their very real potential for the rest of the season.

The nos 2 and 22 Onroak Nissan DPIs started on the third row of the grid and did not run into any major technical problems during the 24-Hour race although they had to cope with fluctuating power levels in their turbos. The no. 2 Onroak Nissan DPi driven by Scott Sharp, Ryan Dalziel and Pipo Derani scored a very fine fourth place on its first outing. The no. 22 Onroak Nissan DPi in the hands of Ed Brown, Johannes van Overbeek, Bruno Senna and Brendon Hartley came home seventh in the category setting the fifth-quickest lap in the race. After taking the lead no. 22 was the victim of a contact with another car in the middle of the night. Its driver came out of the pits on cold tires; he was unable to find enough grip to master the car's trajectory and the no. 22 Onroak Nissan DPi slid onto the track where it was rammed by another car. The impact obliged the team to bring no. 22 back to its garage where it lost 26 laps while repairs were carried out.

PR1/Mathiasen Motorsports made its debut in LM P2 and put on an encouraging performance crossing the line in ninth place in the prototype category. After promising test sessions during the ROAR in which it emerged fourth fastest in the different sessions all times combined, PR1/Mathiasen Motorsports set the eight-quickest time in qualifying with the no. 52 Ligier JS P217. Unfortunately, an unexpected air pressure problem in the gearshift system, which had not been spotted during practice, forced the car to pit on the first lap.

Once the problem had been identified and solved the no. 52 Ligier JS P217 driven by Mike Guasch, Jose Gutierrez, RC Enerson and Tom Kimber-Smith finished in ninth place in the prototype category without incident.

This week Onroak Automotive will continue developing the Ligier JS P217 on the Paul Ricard circuit followed by more test sessions on the Motorland Aragon layout and then at Portimao where Hewland and Cosworth will be on hand.

After that Onroak Automotive will take part in the official WeatherTech SportsCar Championship tests on 23-24 February in preparation for the Sebring 12 Hours which, after Daytona, is the second of the four rounds in the American championship counting for the North American Endurance Cup.

Jacques Nicolet, Onroak Automotive CEO: Well, you can't win the Daytona 24 Hours every year! Congratulations to Cadillac, they were much stronger. The Onroak Nissan DPIs and the Ligier JS P217 confirmed their potential in terms of reliability and performance. Finishing the first race of the season with our new cars – and a 24-hour race at that – after the small amount of running time we had is very encouraging. I'd like to congratulate all our teams. Now it's up to us to continue working with them and our partners to find our way back to the podium in the Sebring 12 Hours in March!