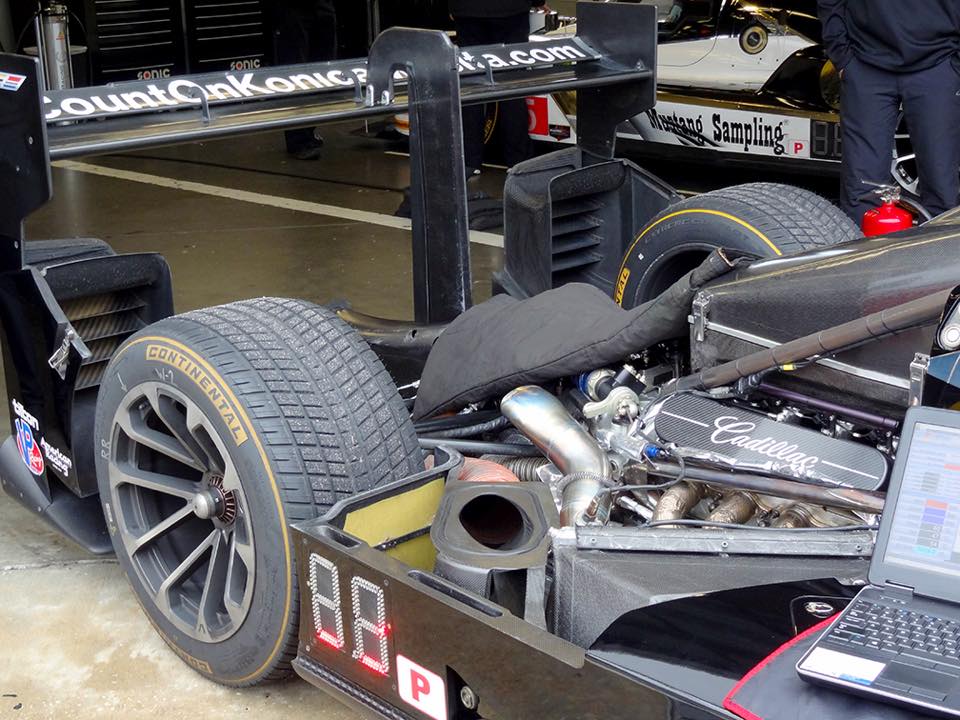 "What an extraordinary day for ECR Engines and Cadillac," said Richie Gilmore, president of ECR Engines. "Congratulations to Wayne Taylor Racing for a heart-stirring victory and to Action Express Racing for a strong second-place finish. We're thrilled we could power these teams to a 1-2 finish and more importantly give Cadillac its first ever Rolex 24 victory."

Wayne Taylor Racing passed Action Express' No. 5 team with seven minutes remaining after the team had led for a majority of the race. WTR drivers Ricky and Jordan Taylor, Jeff Gordon and Max Angelelli celebrated in Victory Lane as the Prototype and overall winners of the 55th Rolex 24 at Daytona.

"This is a testament of the durability and horsepower of ECR Engines," said Gilmore. "Our team of engineers and engine builders deserve credit for this 1-2 finish. We're looking forward to continued success in the IMSA WeatherTech SportsCar Series and hope to defend our title as manufacturer champions."

ECR Engines has won IMSA Tudor Series championships for three consecutive seasons and won the Prototype Engine Manufacturer's championship four years in a row. In 2014, ECR swept the podium at the Rolex 24, with the Corvette Daytona Prototypes finishing 1-2-3.

ECR Engines is a high-performance engine production, research and development company at the Richard Childress Racing facility in Welcome, N.C. ECR provides engines for NASCAR teams like Richard Childress Racing, JTG Daugherty Racing, Germain Racing, Leavine Family Racing as well as others. ECR also produces engines used in all of the Cadillac DPi Daytona Prototypes which compete in the WeatherTech United SportsCar Championship series, as well as for teams in the ARCA Racing Series, SCCA, dirt and asphalt short tracks and sprint car racing. ECR Engines have earned more than 200 victories, including two Brickyard 400 wins, and championships in the NASCAR XFINITY Series, 24 Hours at Daytona & the 12 Hours at Sebring in the IMSA WeatherTech Series, NASCAR Camping World Truck Series and ARCA Racing Series presented by Menards.