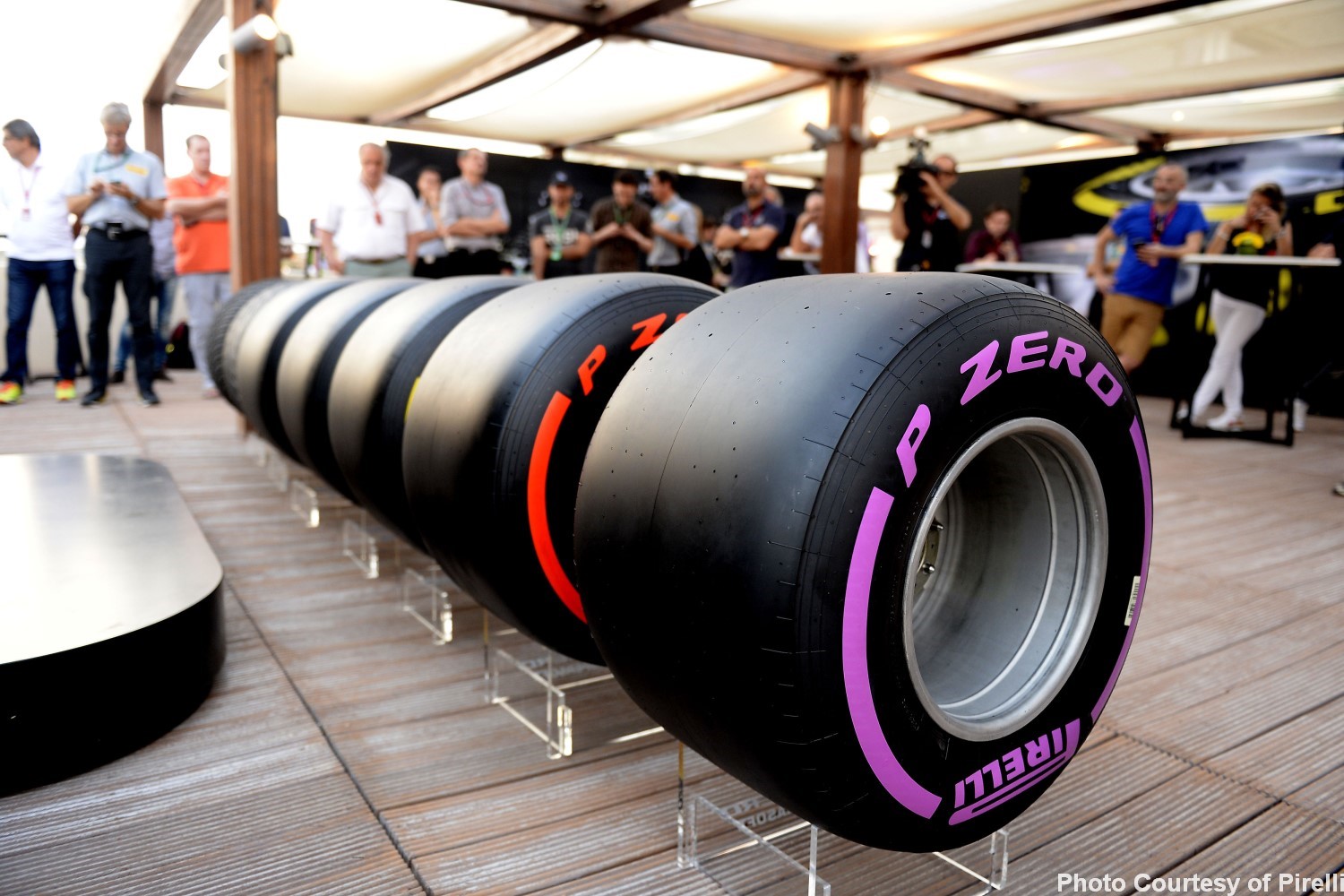 Pirelli announces the following compounds for the third and fourth rounds of the 2017 Formula 1 season.

There are the Tres assigned for Q3 in qualifying:
One set of P Zero Red supersoft

There are the Tres assigned for Q3 in qualifying:
One set of P Zero Purple ultrasoft

In accordance with the regulations, each driver must save for Q3 one set of the softest of the three nominated compounds. This set will be given back to Pirelli after Q3 for those who qualify in the top 10, but the remaining drivers will keep it for the race.

For the first five events of the season all 13 sets for each driver are identical and defined in the regulations: seven sets of the softest of the three nominated compounds, four sets of the middle compound and two of the hardest compound nominated.