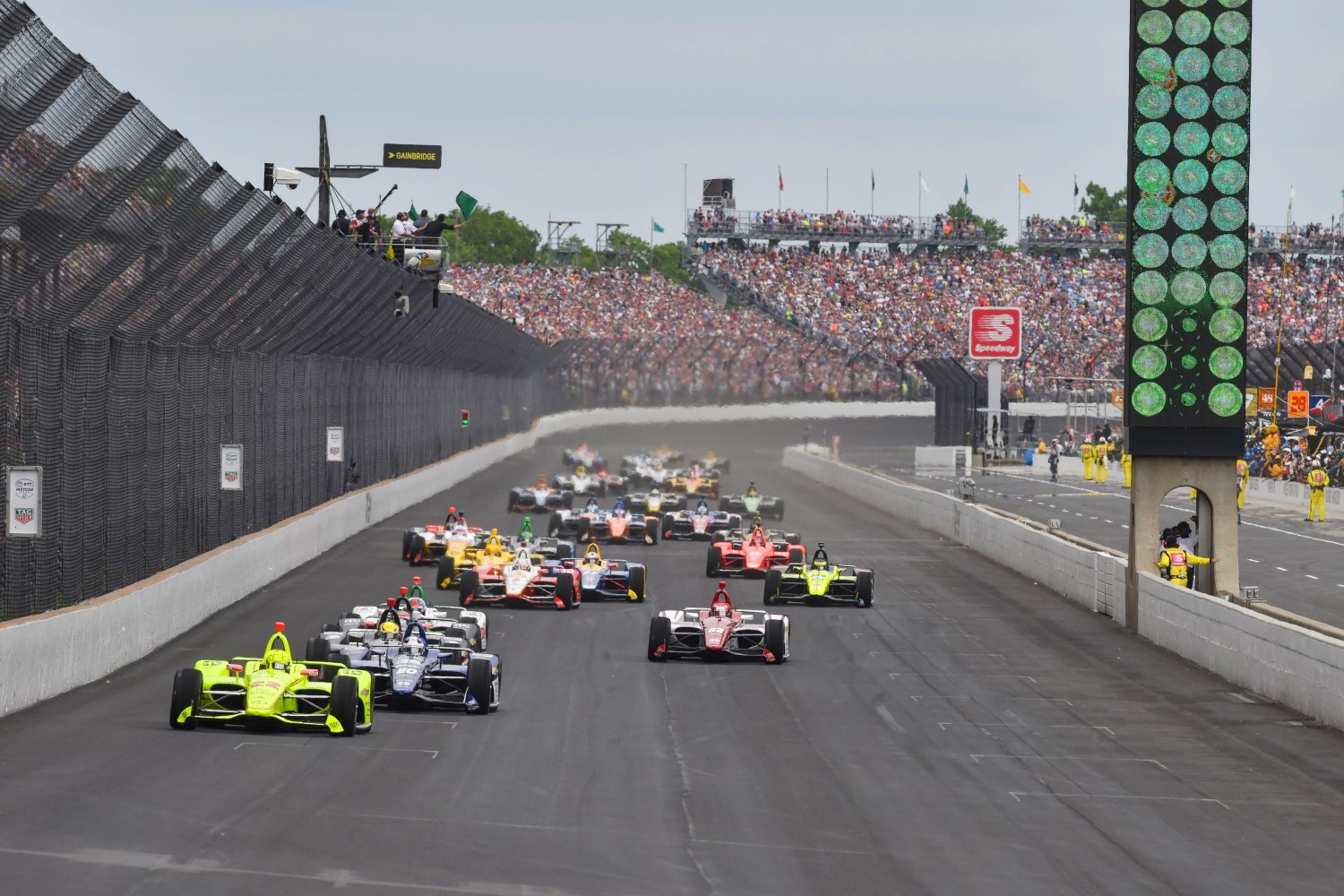 The Month of May will begin and the INDYCAR iRacing Challenge will end on the most famous start-finish line in global motorsports – the Yard of Bricks at the Indianapolis Motor Speedway.

The last of six rounds of the virtual racing series, the First Responder 175 presented by GMR, will start at 2:30 p.m. (ET) Saturday, May 2 and be televised live on NBCSN. The 70-lap, 175-mile race will take place on the world-renowned 2.5-mile oval at IMS, home of the 104th Indianapolis 500 presented by Gainbridge. That race was scheduled for Sunday, May 24 but postponed to Sunday, Aug. 23 due to the COVID-19 pandemic.

A 33-driver field of NTT INDYCAR SERIES drivers and competitors from other global racing series – just as in the Indianapolis 500 – will take the green flag in the virtual race using the iRacing platform.

In an example of the virtual world mirroring the real world, Simon Pagenaud may be the driver to beat this Saturday at the Racing Capital of the World.

[adinserter name="GOOGLE AD"]Pagenaud won the biggest race in the world in 2019 – the Indianapolis 500 presented by Gainbridge – and also has won the two previous oval races in the virtual series that started March 28 after the start of the actual NTT INDYCAR SERIES was delayed by the global health crisis.

2016 NTT INDYCAR SERIES champion Pagenaud proved in his two INDYCAR iRacing Challenge victories that he can win in almost any scenario.

Pagenaud triumphed with strategy and fuel mileage in the Chevrolet 275 on April 11 at Michigan International Speedway, winning by 13.4059 seconds in the No. 22 DXC Team Penske Chevrolet. One week later, he held off five-time NTT INDYCAR SERIES champion Scott Dixon by .3429 of a second after a spellbinding duel to win the Firestone 175 at Twin Ring Motegi.

2014 NTT INDYCAR SERIES champion Will Power also should be a main contender to finally enter Victory Lane in the final round of the series. Power has finished in the top six in all five rounds so far in the No. 12 Verizon Team Penske Chevrolet, including a best of second April 4 on the road course at Barber Motorsports Park.

2018 Indianapolis 500 winner Power led 74 of 198 laps contested on ovals so far in the INDYCAR iRacing Challenge, more than any other driver. Power's best oval finish was third April 18 at Twin Ring Motegi, an event in which he appeared to be headed for his first victory until the nearly lapped car driven by Oliver Askew collided with him with nine laps remaining. Power led a race-high 61 laps at Motegi.

Another Team Penske driver, Scott McLaughlin, is a fellow hard-luck case on ovals. Two-time reigning Virgin Australia Supercars champion McLaughlin dueled with Power for the lead at Motegi when he was collected and eliminated in the incident between Power and Askew.

McLaughlin's best finish so far on an oval was second, behind Pagenaud, at Michigan in the No. 2 Snap-on Team Penske entry.

Sage Karam is another driver who should contend for victory Saturday in the First Responder 175 presented by GMR despite tough luck on ovals. NTT INDYCAR SERIES veteran Karam led a race-high 49 laps at Michigan but finished 14th in the No. 24 DRR WIX Filters Chevrolet. Experienced sim racer Karam led five laps at Motegi and finished seventh.

It also will be interesting to how the differing learning curves of Dixon and rising Formula One star Lando Norris convert to results Saturday at IMS.

2008 Indianapolis 500 winner Dixon has vast experience at the real IMS, with 17 career starts in "The Greatest Spectacle in Racing." But he had almost no sim racing experience before the INDYCAR iRacing Challenge yet nearly beat experienced sim racer Pagenaud for victory on the last oval event, at Motegi, in the No. 9 PNC Bank Chip Ganassi Racing Honda.

Dixon still led 13 laps at Motegi despite his inexperience in virtual racing. So, he must be considered a contender for victory at Indy, where he has led 452 laps, tops among active competitors and ninth all-time.

Norris, 20, has been sim racing for more than a decade and competes regularly in the virtual world as a member of the elite Team Redline when he's not racing around the world in F1 for McLaren.

He showed that skill and speed by blitzing the field in his INDYCAR iRacing Challenge debut April 25 on the road course at COTA, winning by 1.445 seconds over Arrow McLaren SP driver Pato O'Ward despite a spin early in the race. But Norris lacks the real and virtual oval racing experience of most of his rivals, so can he carry the speed he showed on the right and left turns of COTA to left turns only at Indy?

Indianapolis 500 winners Tony Kanaan and Helio Castroneves haven't enjoyed much success so far in the INDYCAR iRacing Challenge, but they will be among the favorites to enter Victory Circle at IMS if real-world results translate to the virtual world.

2013 Indy winner Kanaan has a best finish of 18th at Michigan in the two oval races in the No. 14 A.J. Foyt Racing Chevrolet, while three-time Indy winner Castroneves finished 29th in the No. 3 Pennzoil Team Penske Chevrolet at Motegi in his only start so far in the series. But Kanaan has led 346 laps on the IMS oval in his 18 Indy 500 starts, while Castroneves has been out front for 305 laps in his 19 "500" starts.

The fuel window for this 70-lap race is approximately 30 to 35 laps, so strategy could play a big role. Brave drivers and strategists could gamble on enough fuel savings and extended caution laps to reach the checkered flag in one stop, while others may play it safe and benefit from the fresher tires gained from a second stop.

A 15-minute qualifying session Friday will set the starting lineup for the First Responder 175 presented by GMR.