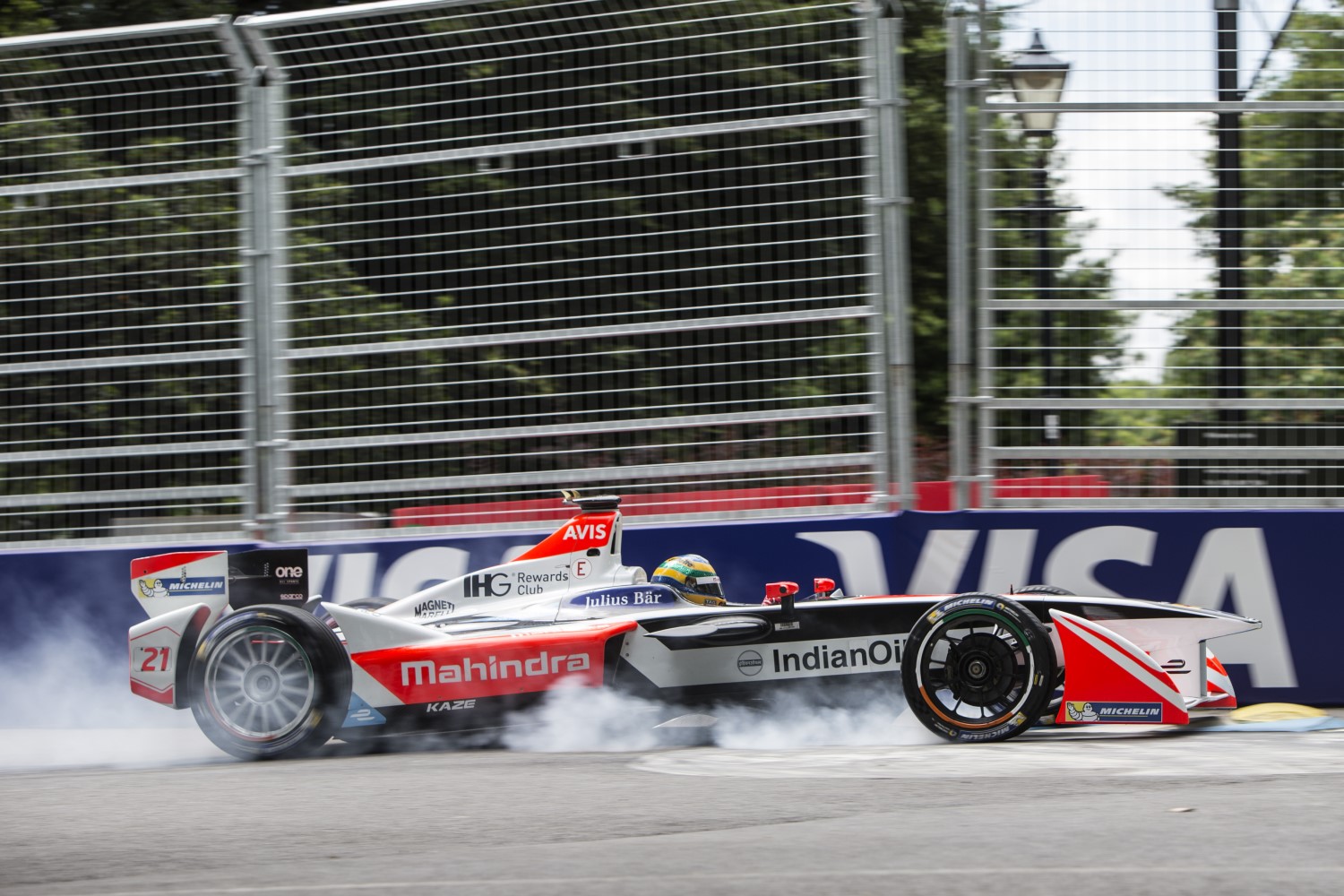 From the January 2017 issue of Car and Driver:

We recently received an inquiry from a reader who wondered, after reading how the Tesla Model S protected its batteries from excess heat during an all-out lap of VIR, how the all-electric Formula E race cars deal with the heat issue. After all, it's not like it's prudent or safe for a race car to suddenly limit performance in the middle of an event.

Excess heat degrades the electrodes in a lithium-ion battery, reducing the amount of energy the pack can store over the long term. Tesla's warranty covers battery packs for eight years, while a Formula E pack is designed to last one season. Given that each driver has two cars in Formula E (racers switch into a second fully charged car midway through each 50-minute competition), that's roughly 20 hours of hard use over the course of the year, including practice and qualifying.

The Formula E battery–165 liquid-cooled pouch-type cells–is fundamentally similar to that of many production EVs, but the cooling strategy differs significantly. For production cars, engineers aim to operate the lithium-ion battery at about 85 degrees Fahrenheit. Williams Advanced Engineering, which supplies the packs for Formula E, allows a cell to peak around 135 degrees before the battery-management system begins to limit the power output of the pack. The radiators and the cooling circuits are specifically designed so that, even in the hottest races in South America and Asia, the cars won't approach that temperature until the battery nears depletion.

It's also worth noting that the 5010-pound Model S generates a lot more power (and thus heat) lapping a track than a 2000-pound Formula E race car. Our long-term 85-kWh Model S has a peak output of 463 horsepower, while the 30-kWh Formula E car is limited to 228 horsepower during races, with brief boosts to 268 horses. Car and Driver