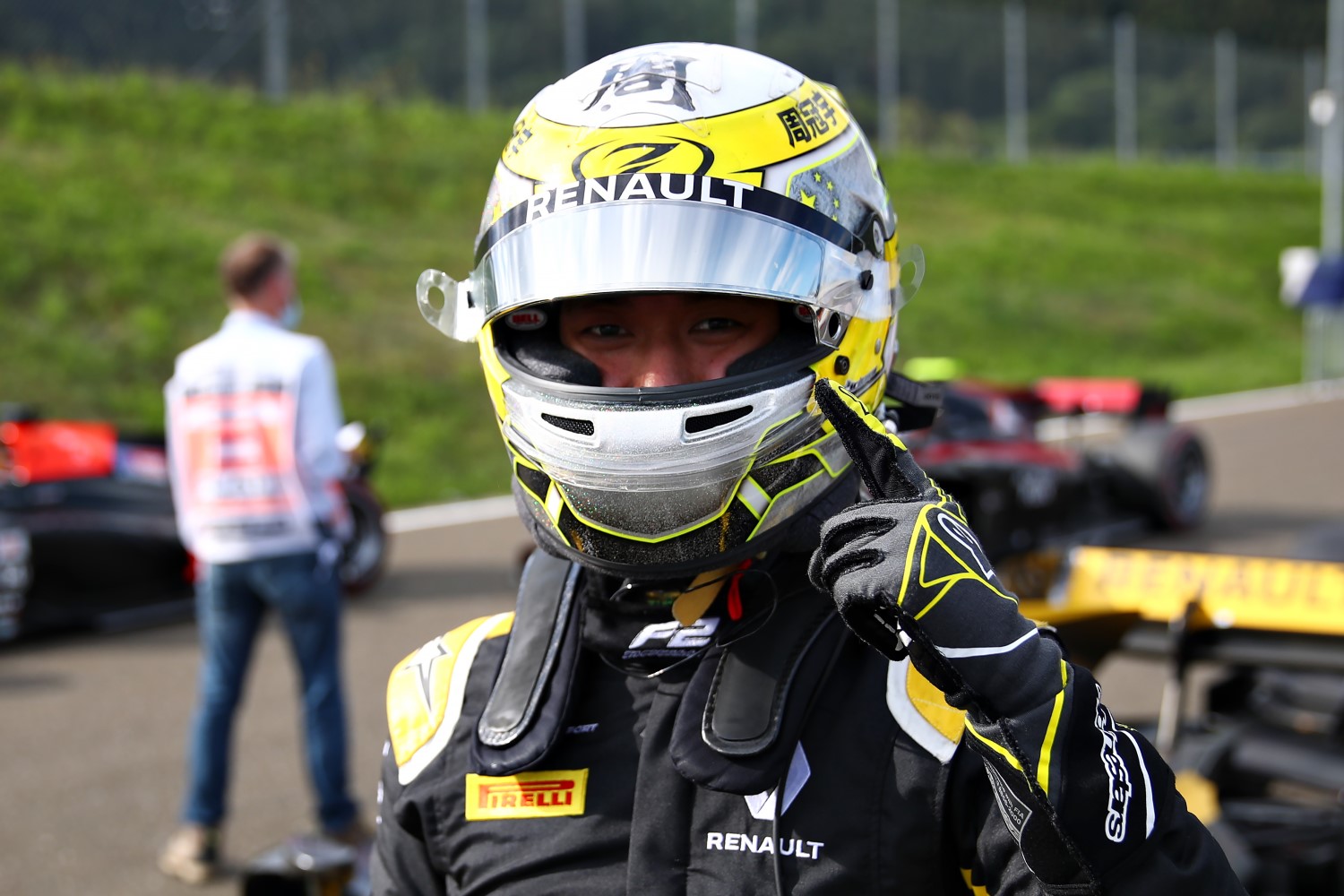 Guanyu Zhou got his title challenge off to the perfect start in Spielberg, sealing his second pole position in FIA Formula 2 with a stunning Qualifying performance around the Red Bull Ring.

Behind the Renault junior, there will be a surprise front-row start for rookie Felipe Drugovich, who has enjoyed a superb start to life with MP Motorsport, already qualifying higher in F2 than he did in Formula 3 last season. British outfit UNI-Virtuosi appear to be the team to beat in Austria, with Zhou’s teammate Callum Ilott completing the top three.

Free Practice pacesetter Yuki Tsunoda picked up from where he left off at the start of this afternoon’s session, setting the early pace around the Red Bull Ring. The Carlin driver’s position at the top was short-lived though, as he was soon pipped by his teammate, Jehan Daruvala, and Zhou.

Further back, Giuliano Alesi pushed the limits of the circuit too far and spun off the track, which forced him back to the pits and put his Qualifying session on hold, although he would later return. Zhou had no such issues, taking the time under 1m 15s to climb above Daruvala and into P1.

The field dived into the pits for fresh soft tires, but their subsequent return to the track was only fleeting, as Marino Sato spun onto the gravel for the second time today and brought out a red flag.

Speaking ahead of the season, Drugovich had talked up his chances in F2, explaining why he believed he was better suited to the Dallara machines in the top tier of junior motorsport, than those in F3. He had shown potential in Free Practice with a P6 finish, but improved even more in Qualifying to squeeze in a fast lap just ahead of the red flag, which fired him to third.

Just five minutes remained when the lights went green and Christian Lundgaard saw a challenge on Zhou fall just short, with the ART man’s time only good enough for P2. Despite holding onto first, the Chinese racer raised his game, setting two purple sectors to improve his laptime and further cement P1.