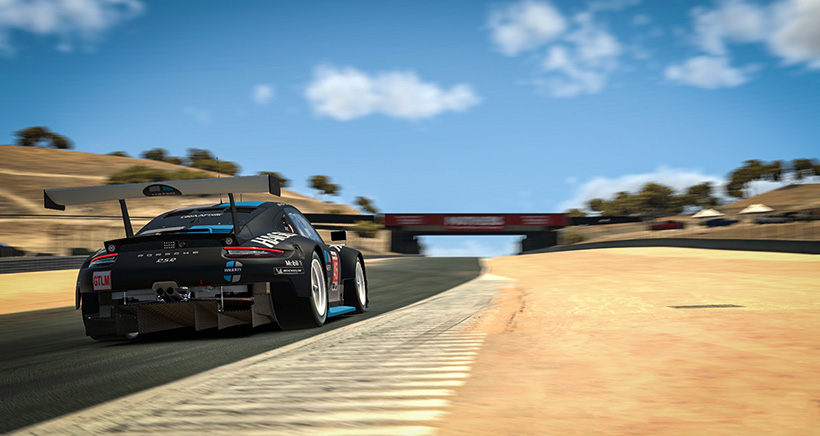 We’re approaching the halfway mark of the IMSA iRacing Pro Invitational Series next week, with the third of six rounds taking place at the virtual Mid-Ohio Sports Car Course on Thursday, April 30, at 6 p.m. ET.

The track is a fitting location, as several IMSA racing series would have been onsite next weekend in Lexington, Ohio in real life for the Acura Sports Car Challenge. While racing activities next weekend have turned virtual, the actual event is rescheduled to take place on September 25-27.

The race will be available on the iRacing Youtube and Facebook channels for fans to stream live.

The Torque Show will stream a pre-race showing at 5 p.m. ET on its Facebook page and John Hindhaugh will once again lead the race commentary.

Here’s a closer look at some of the storylines heading into the race.

[adinserter name="GOOGLE AD"]A handful of drivers are looking to stir up the pot at Mid-Ohio, and maybe even against real-life co-drivers.

Austin Cindric will be swapping his NASCAR Xfinity Ford Mustang for the No. 22 Ford GT, and could end up in a virtual wheel-to-virtual wheel battle with Sebastian Priaulx, with whom he co-drove to victory at Michelin Raceway Road Atlanta last year in the IMSA Michelin Pilot Challenge season finale.

Another newcomer is Dylan Murry – Pilot Challenge’s most recent winner at Daytona International Speedway in January – entered in the No. 35 Porsche 911 RSR. Murry will draw experience from his IMSA Prototype Challenge win at Mid-Ohio last year, and this time will be competing against Jeroen Bleekemolen, who was part of the Daytona winning lineup with Murry and James Cox.

While lacking real-life WeatherTech Championship experience, two IMSA drivers in Round 2 drove like the pros.

Rodrigo Pflucker – 2019 IMSA Prototype Challenge champion – earned the pole position at WeatherTech Raceway in his No. 47 Ford and led the first half of the race. However, an incident midway through the race took him out of contention.

Meanwhile, Porsche GT3 Cup Challenge USA by Yokohama driver and recipient of this year’s IMSA Hurley Haywood GT3 Cup Scholarship, Riley Dickinson, drove his way into Round 3 with a 15th-place result in his No. 53 Porsche. In IMSA’s iRacing championship, the top-25 finishers are guaranteed a spot on the starting grid for the next round.

"I’m extremely thankful to have been given the opportunity to compete in the IMSA iRacing Pro Series," Dickinson said. "The level of competition was very high, which I feel led to a great race to watch for the fans. It was really cool to be on the same track for the first time with many of the top IMSA drivers, even though it was virtually.

"On our end, we essentially followed the same race weekend procedures that we do on a normal race weekend and adapted our program for iRacing. To finish the race in 15th after starting in 35th and having a good bit of drama at the start was a great result."

BMW Migration? Not So Fast

With BMW’s winning performances in Rounds 1 and 2, it would come as no surprise to see more drivers choosing the M8 GTE to compete within the remaining four races. However, that doesn’t seem to be the case.

Of the 50 cars ready to race at Mid-Ohio, the number of Ford GT entries remains the same at 15 and the number of Porsche 911 RSRs stays constant at nine. The count of Ferrari 488 GTEs totals to four – only two fewer than last round – and four additional BMW M8 GTEs are listed for a total of 22. All this keeping in mind that only 47 cars made it to the grid at WeatherTech Raceway.

Can BMW make it three-for-three? More than half of the cars in the field will try to stop them.