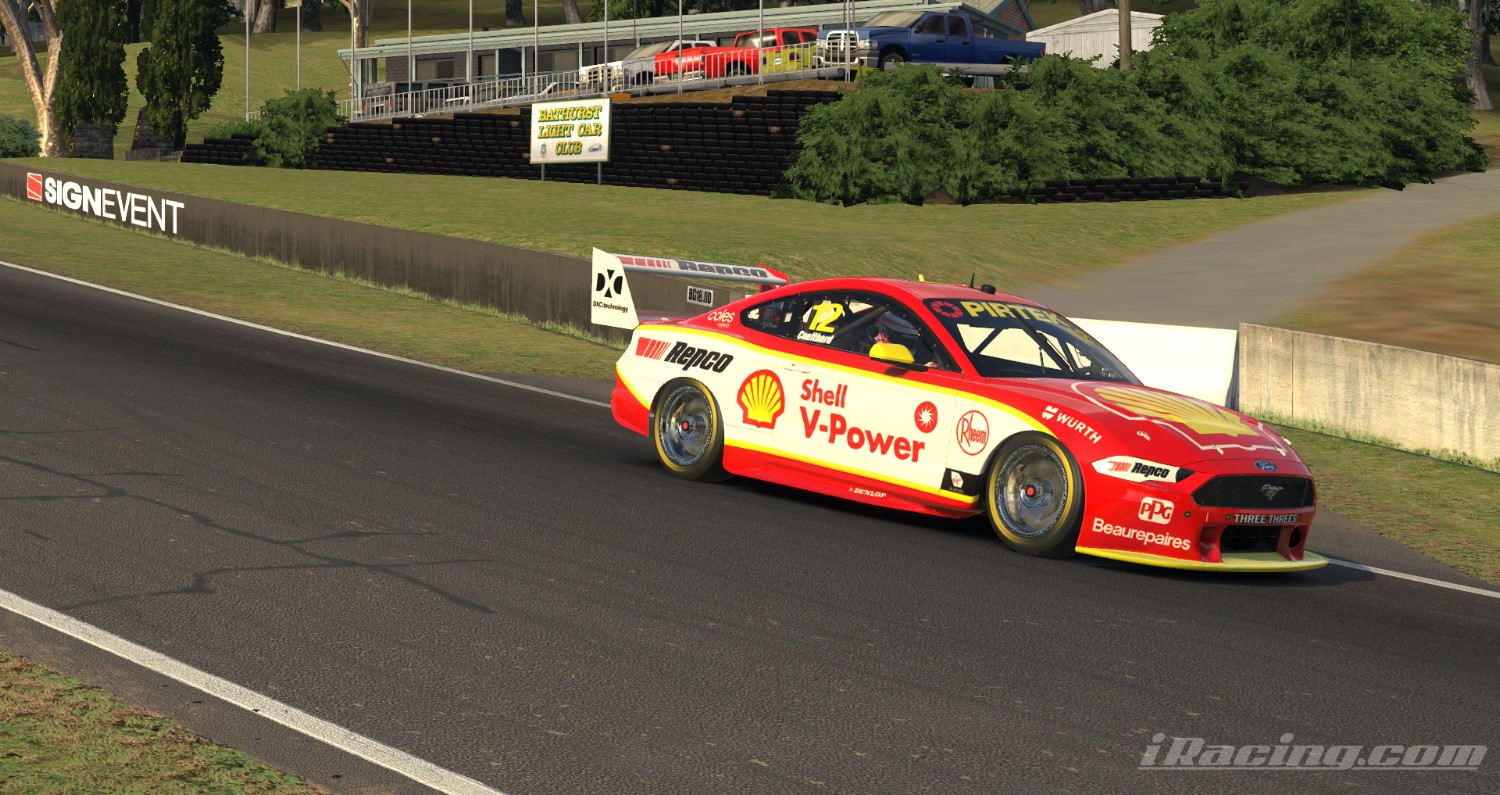 FABIAN COULTHARD QUOTE: “Double Shell V-Power Racing Team winners tonight! How good is that? Awesome to get to spray some De Bortoli champagne again – it was a good night behind the wheel. I was disappointed after the first race, as I felt we could have had three top 10 results tonight. I’ve been putting in the time practicing, and to get knocked out in that race was a shame. But as a blessing in disguise it put us on pole for the second race, which we went on to win and then a sixth to finish out the night. That’s actually my first Bathurst Supercars win, Eseries or not! We’re putting in a lot of time to improve on the Simworx simulator, so get to the win is good."

SCOTT MCLAUGHLIN QUOTE: Thanks to all our fans and everyone watching again this week. I had so much fun battling everyone. That battle at the end of Race 3 with Brodie and SVG was awesome, so good, great racing and while I was dirty when I got knocked off, I’m happy to take the win! Brodie has been quick all week, so I knew I would have my work cut out for me. But it was great fun, loving this Eseries."

WILL POWER QUOTE: “I’ve had a lot of fun tonight, got roughed up a bit in those last couple of races, but it’s good and I enjoyed it. You could make up plenty of positions, as there were lots of guys hitting walls and making mistakes. This iRacing thing is a whole lot of fun, I’ve been doing a lot of this stuff and its really good. The racing is great in Supercars, you’ve got to be really smart with it and I really enjoyed driving these cars. Thanks for having me!"

A post-race investigation handed Scott McLaughlin victory over Brodie Kostecki in Race 10 of the BP Supercars All Stars Eseries.

It was a dramatic 14-lap affair that went right down the final corner of the final lap, which ended in McLaughlin being hit by Kostecki.

The Shell V-Power Racing Team driver went off the track and into the wall while Kostecki crossed the line to take the win.

The results of Race 8 were reversed to set the grid for Race 9, which put Fabian Coulthard on pole position.