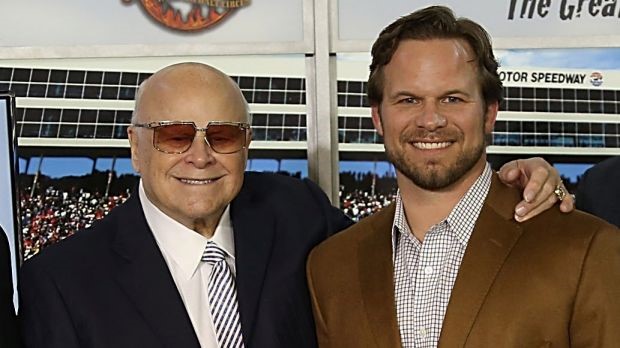 Major League Soccer executives confirmed that they have been in talks with Bruton and Marcus Smith as potential owners of an expansion team in Charlotte. Charlotte and Raleigh are among the latest 10 cities that have expressed interest in landing an MLS team. In a call with reporters Thursday evening, Commissioner Don Garber said the Smiths have "a lot of energy, and lots of professional sports experience."

Bruton Smith is a billionaire race track owner and a recent NASCAR Hall of Fame inductee. His son, Marcus, is CEO of Speedway Motorsports, based in Concord. The two have also said they would be interested in buying the Carolina Panthers when the franchise becomes available.

In an emailed statement to the Observer, Marcus Smith said he is "very interested" in bringing an MLS team to Charlotte. Interested expansion owners must submit their applications by Jan. 31. The two first expansion teams – which would be the 25th and 26th in the league – would have to pay an expansion fee of $150 million each, and will be announced during the second or third quarter of 2017. They would begin play by 2020, MLS said.

The owner of the Charlotte Independence soccer team has said that Memorial Stadium could be expanded if the city ever landed a Major League Soccer franchise. Raleigh's North Carolina F.C., which operated as the Carolina RailHawks for 10 years, recently launched its own campaign to land an MLS team.

The MLS currently has 20 teams, and it recently announced three expansion teams slotted to join over the next two years: Los Angeles F.C., Minnesota United and Atlanta United. MLS also says it is "making progress" with plans for an expansion team in Miami as well. Charlotte Observer