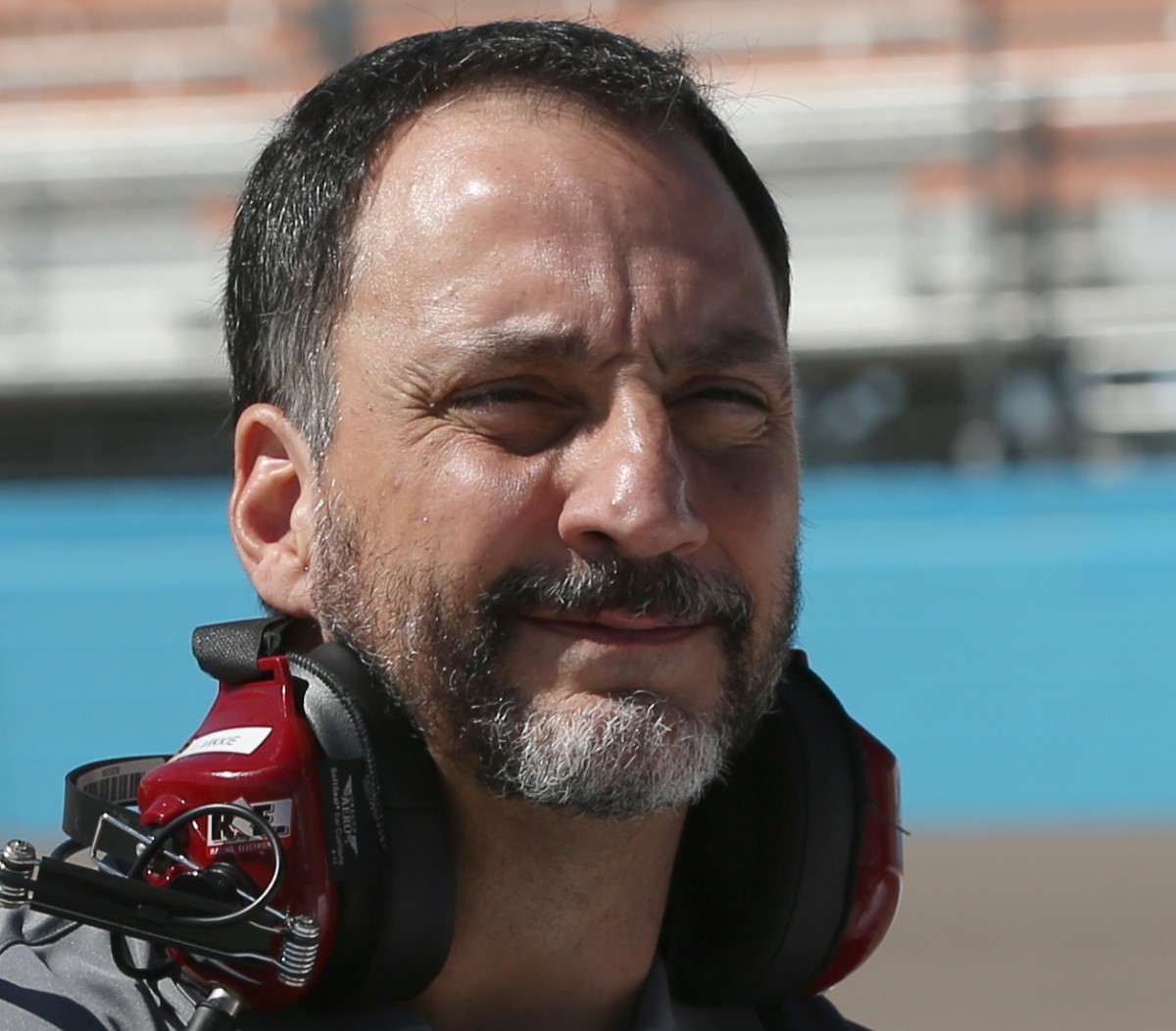 Longtime race engineer Bill Pappas is at the same crossroads as much of the Verizon IndyCar Series fan base. He was born and raised with the ability to see open-wheel drivers mastering their craft, but he also was especially close to driver Justin Wilson, who lost his life last year after being struck in the head by flying debris during a race.

So, Pappas wrestles with what's next in driver safety and how to move forward. Unlike the fan base, he has the ability to make a difference through his role as INDYCAR's vice president of competition, race engineering.

During the recent Performance Racing Industry trade show in Indianapolis, Pappas shared his thoughts on the balance between safety and tradition.

"First off, these are open-wheel, open-cockpit race cars and there's a history about (that)," he said. "When you talk to teams and drivers, they want it to remain an open cockpit.

"The other side is – and this is most important – there's the safety aspect. You need to be able to extricate a driver if he has an accident."

The issue of extrication has Pappas more interested in some form of a windscreen than a canopy encapsulating the driver.

"If you have a canopy, you can imagine the time it takes to open (one) and get the driver out could be life-threatening," he said. "We've looked at several different options and are still looking at them, trying to come up with what we think makes the most sense.

"Some sort of windscreen is currently the one we're researching the most. We think if we can get something that gets the driver's head below whatever we have in front of them – a windscreen – that should act as a deflector. If you think about Justin's accident, it was such a one-in-a-how-many-millions chance, but then you look back at Felipe Massa's accident (a suspension spring struck Massa in the head at Formula One's Hungarian Grand Prix in 2009), if he would have had some sort of screen in front of him, it probably would have deflected the spring.

"So, we're looking at that as a more likely solution."

Pappas said the process of fitting a deflector to current Dallara tubs is being analyzed.

"There's been a quite long discussion about that and studies to ensure we don't make a mistake (by putting) something on just to say we've done something," he said. "It can't be the wrong thing to do. It has to be well-researched and analyzed and then make the decision to go forward."

Pappas also spoke to other topics, including the materials available to produce deflectors:

"We're looking at what jet fighters have because they're obviously at 600-plus miles per hour and flying into debris like birds – a lot of things they have to deal with," Pappas said. "There are materials out there, but it's how do you integrate that into a racing car and not make it cumbersome."

On how serving as an INDYCAR executive is different than being one of the sport's competitors:

"It's a different type of pressure. Instead of worrying about my car and my driver, I have to worry about the other competitors out there. All those guys I used to (compete) against every weekend, now I have to listen to them, and that's a big challenge," he said with a laugh. "As the season goes, we make (equipment) adjustments so you're sitting back seeing if they're going as (intended). So, there's a lot of pressure, but it's different."

On his preference between ovals or road courses during his days as a competitor:

"They all have their own interests and challenges, but my heart is with Indianapolis Motor Speedway," he said. "I was born and raised (in Indianapolis), went to Purdue University. I was a motorhead from a very young age."

On what is the most challenging part of engineering a car at IMS:

"We've always felt Turn 1 is the critical turn," he said. "First, it's (a) mental (challenge). The drivers will tell you it's like driving down a bowling alley with grandstands on (both) sides and a dip entering the corner where the car settles. An engineer has to get a driver comfortable so he'll keep his foot in it. Turn 3, unless there's a big wind issue, is relatively easy. It's an open corner and the (driver) can see through it better than in Turn 1. You've got to understand that a lot of (engineering) is psychology. If you try to force a (driver) into something he doesn't want to do, you're going backwards."

On what he'd tell a classically trained engineer about what it takes to succeed in race engineering:

"First thing you have to do is understand time no longer matters – you work around the clock, seven days a week, whatever it takes. That weeds out a lot of people really quickly," he said. "The next thing is, we all have engineering degrees, but we have to think outside the box. You have to be creative. You have to be willing to take chances from a design standpoint to improve things. In most jobs, there's a lot of lead time. In racing, it's daily and you have to be on your toes all the time."

On whether a racing engineer can engineer any type of race car:

"I've always thought it was the same principle: It's the guy who can put the power down the earliest, the guy who can get off the brakes the earliest," he said. "It's vehicle dynamics whether it's an Indy car, a sports car or even a stock car. They're still racing cars. Yes, there are tools that separate them within the car itself, but the basic principle is very much the same." Curt Cavin/IndyCar