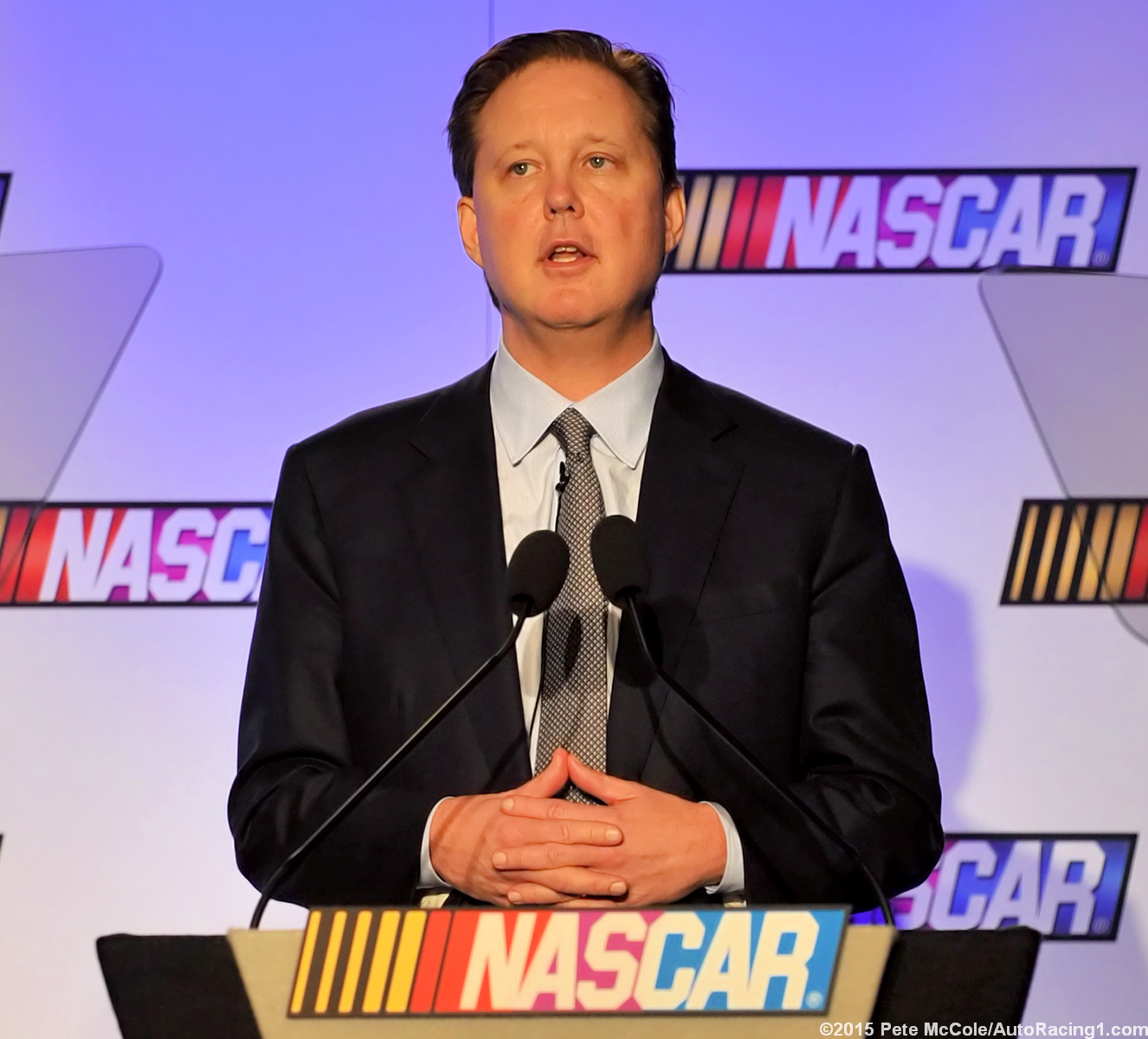 NASCAR Chairman and CEO Brian France says an announcement on what the sport's premier series will be called under sponsorship from Monster Energy is forthcoming. "We'll have an announcement shortly," France said during a surprise call into SiriusXM NASCAR Radio.

"We're working together with them. A lot of it is, they know motorsports, so they're not just along for the ride, they have some real good opinions on what they want to get done here as our entitlement sponsor. So, we're going to listen to them because they're obviously the most important partner; it's all going to be good." France noted the reception to the new partner has been positive, which is "what we wanted all along."

And while it took time to work through things contractually, France said company is going to be engaging both on social media and at the track.

When asked to look at what the premier series car count will look like next year, France called it "normal times" as teams make decisions about their futures. That includes drivers moving around and organizations, like Tommy Baldwin Racing, deciding to end operation. But when it comes to the series as a whole, France made it clear that a recent report from the SportsBusiness Journal concerning the agreement between Monster Energy and NASCAR is not correct.

France was quick to refute the numbers and said there would be longevity to the deal. "Those are not accurate numbers," France said. "We have a good understanding of where this relationship is going to be, so no, those are not accurate numbers … [Monster Energy is] excited about being here. My view is, this is the biggest entitlement or biggest sponsorship yet for their company, and although they're very successful … my view is, they're going to build on for a long time. That's the sense of it with me, and I made this particular sales call myself, so I have a good sense of it, and I'm a big believer in those guys. They really have an understanding of what we're all trying to do together." Racer

Monster Energy's deal to serve as title sponsor for NASCAR’s premier series beginning with the ’17 season is a two-year deal with a two-year option worth about $20M annually in rights, with activation "still being determined but expected to be less robust than predecessor Sprint," according to sources cited by Adam Stern of SPORTSBUSINESS JOURNAL.

Sources said that Sprint was paying $65-75M a year in rights and activation. Last week, Monster execs and staffers flew to NASCAR HQ in Charlotte for immersion meetings and they "began to sort out activation plans, down to figuring out the name and logo of the racing series."
Monster Energy VP/Sports Marketing Mitch Covington was "not ready to release activation details but provided hints on what Monster may do." Monster "sponsors a host of motorsports and action sports properties globally and is known for its cross-promotion acumen, and Covington confirmed that it will be looking to cross-promote in NASCAR."
He said that "virtually every form of activation imaginable is under consideration, from special NASCAR drinks to basic television advertising." Stern notes a "main concern industry observers share privately about Monster is whether the company’s edgy style will fit with a sport that has a family ethos and atmosphere." But many in the industry "think that for a sport trying to age down, Monster could be the ticket." SPORTSBUSINESS JOURNAL