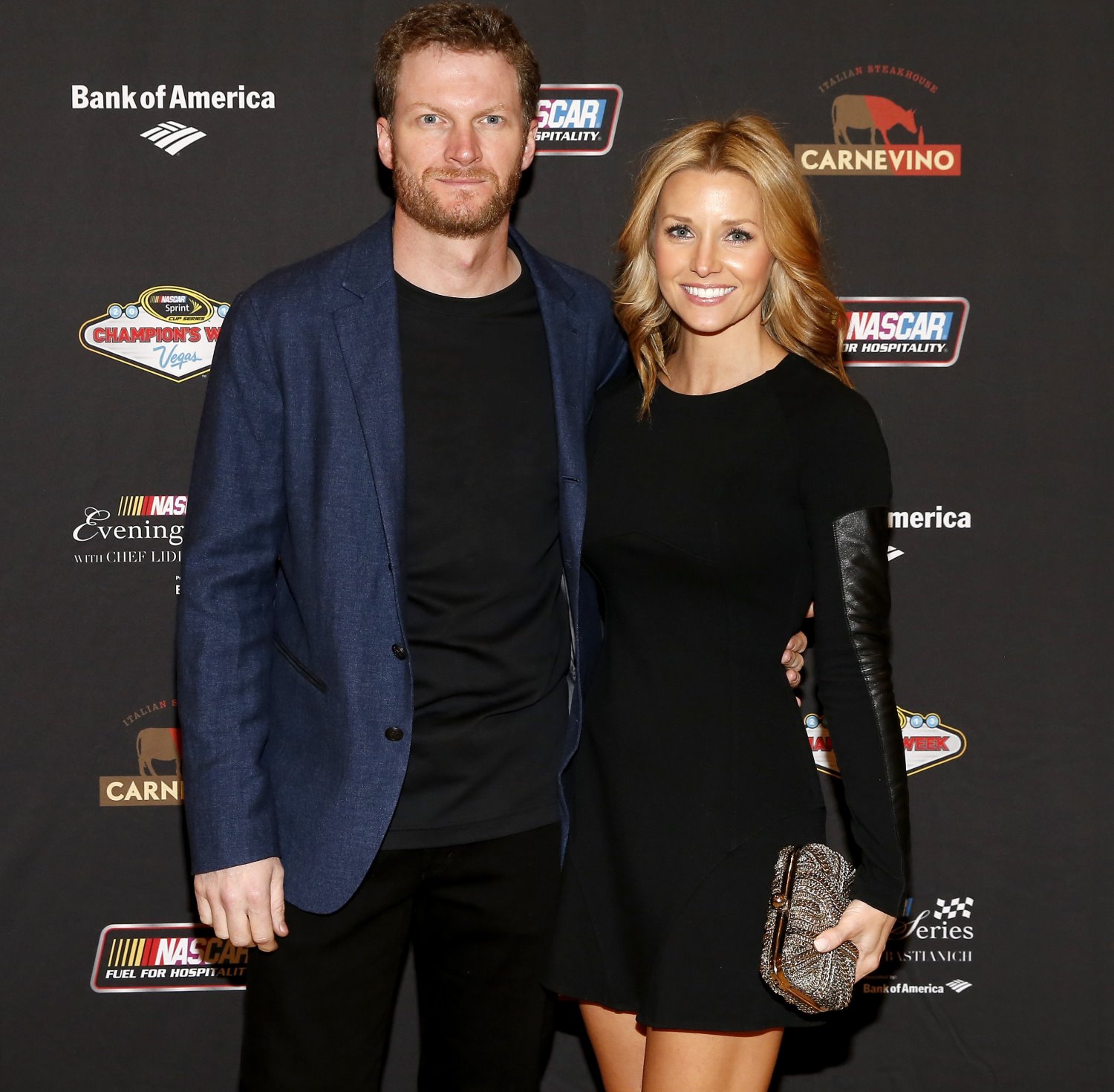 UPDATE Dale Earnhardt Jr.'s offseason plans include a test to confirm the Hendrick Motorsports driver is fit and ready to return to competition.

Wedding bells will be a part of the brief break as well.

The sport's most popular driver confirmed Friday night that he and fiancee Amy Reimann will be married on New Year's Eve.

"It's only a few weeks away," Earnhardt said after accepting his 14th-consecutive National Motorsports Press Association Sprint Most Popular Driver award during ceremonies at the Wynn Las Vegas. "Amy spilled the beans tonight that we're getting married on New Year's Eve. I'm really excited and have enjoyed going through the process. I've never been married before and I'm excited to be marrying Amy."

Earnhardt, 42, and Reimann became engaged last year during a trip to Germany. He said he is looking forward to being involved in all the planning for the upcoming event.

"I told her that when we were starting to plan that I wanted to be at every function and (a part of) every decision; I want to be involved in all the planning because I don't want to get married and then go 'yeah man, picking the flowers or whatever, what was that like? What did I miss?' I don't want to miss anything," he said.

"I'm so excited, so thrilled to be a part of it and I look forward to our future." Kenny Bruce/nascar.com

"I don't feel we're going to have any issues." Earnhardt, 42, missed the final 18 races of the 2016 Sprint Cup season because of a concussion in June that impacted his vision and balance. He plans to return for the 2017 Daytona 500 as long as NASCAR-approved on-track tests don't trigger any symptoms.

Earnhardt will do a private half-day test this month in which he won't be able to have data-acquisition sensors on the car in order to limit any advantage the organization gets from the private test. The test had not been allowed until NASCAR made a rule earlier this year that permits a private test following injury.

"I don't expect anything, because I've been through the simulator several times. I was getting sick in the simulator before I was injured. I have been able to do the simulator without any nausea or any vision issues at all."

If things go well, Earnhardt will do the NASCAR open test Jan. 31-Feb. 1 at Phoenix International Raceway. Earnhardt said he probably will have a doctor at the first test but that he shouldn't need a follow-up examination if he feels fine during the test. ESPN